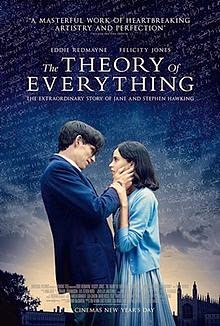 Over the years directors and producers of the film world have presented us with various biopics that have been either major success, films like Lincoln and The Kings Speech or disasters like ‘Diana’. Whether you love or hate these type films, there will be always a producer who feels that we need a new biopic. This desire by film producers and directors has cropped up once again, with ‘Universal Pictures’ and ‘Working titles’ teaming up to produce and distribute a romantic biopic about the lives of Professor Stephen Hawking and Jane Wild Hawking, titled ‘The Theory of Everything’ but was it anything special? and was the theory by the film company brilliant?

When I saw this film advertised, I was first pretty sceptical about the entire thing, however when watching Film 2014, I saw it being reviewed and saw more than a trailer, I became intrigued and quite interested in the film, which made me think why not go and see it and then decide whether it was actually destined for stardom myself. 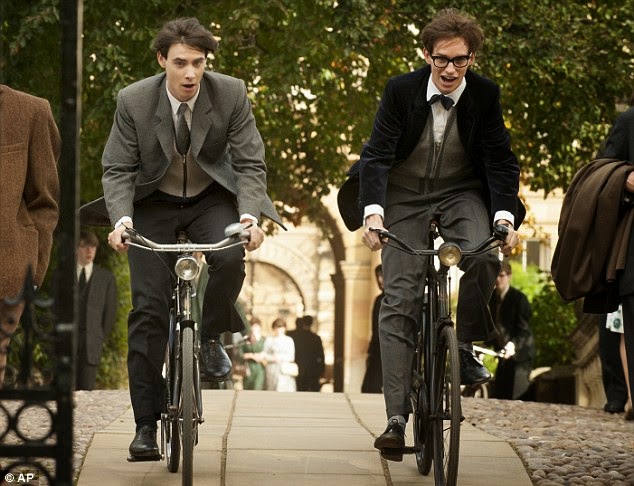 The film unfolds at Cambridge University where young Hawking is an incredibly clever PHD student, whose intelligence is sometimes hidden by his occasional clumsiness, often shown by his glasses which are always at an angle on his face. Set in 1963, it doesn’t appear to show to much focus on the time period, perhaps just dropping in a few Instagram style filters into the film shots and snapshot image and dressing the female characters in appropriate attire for the 60s. As things seem to be going seemingly well, but whilst walking Stephens muscles give way, leaving him to give way too, hitting his skull on a concrete path ending up in hospital and being diagnosed with motor neurone disease, being given 2 years to live. The scene depicting his fall, actually causes your heart to drop as it is so sudden and doesn’t feel too overacted, quite natural in fact. Here the movie, I felt switched focus and switched to Jane, who appears to be very much apart of the healing process for Stephen, in this, I mean that she helps him to adjust to his disease, by keeping his thirst for living and striving for his doctorate. When you watch this film, either through my recommendation or through pure desirability, you will see that TOE pays close attention to Jane throughout the entire picture, by showing that although this disease is hard on Stephen who is the patient, it is his wife Jane who has to deal with every battle, whether its the inability to speak, failure to walk or just not being able to sit up straight. Jane is there in each battle, which I assume is an aim of the directors seeing as this is taken from the memoir written by the real Jane Wilde Hawking, in ‘Travelling to Infinity: My life with Stephen‘. We see how roping in some help with looking after Stephen, leaves Jane to begin fall in love with this helper, Jonathan, who too lost his wife to Leukemia. Is this perhaps a metaphor of suggesting that even though he is there as a person, physically, is he still the person she fell in love with all those years ago? Although they are not right physically or even there you have their memory and is this all its cracked up to be?

I do think we forget that, Stephen wasn’t born with this disease, for me I discovered this through the movie, which sounds pretty obvious but you don’t think, probably because we have just grown up with Stephen with the way he is and forgotten who he was before the diagnosis. Similarly I was clueless about him being British, because his computer programmed speaker is American, as attacked in the film.

Eddie Redmayne is absolutely effortless in this picture, portraying Stephen in a beautiful, and sometimes even giving the impression that he is Stephen. Anyone who watches this film, either now or in later months when it has its DVD release must admire Redmayne’s dedication with this part, whether it is just sitting like Stephen or just having to become this person.  There has been criticism from some, who felt as though there has been too much focus on the romantic features of Hawking’s life, well yes there was but wouldn’t we find a film just about science boring? Half of us would turn Brian Cox over just through boredom, so try watching and paying to watch film like that for 2 hours. I however thought the romance made the film different from other biopics, it showed the achievements of Hawkings but showed that behind doors there is more too it than a thesis.

Like I said earlier, this film has already been nominated for several awards at this years awards, including; best film, best leading Actor, best screenplay and best motion picture. Although this is a spectacular film, I do have a sneaky impression that it may not win as many prizes as the Kings Speech did, I have a sneaky suspicion that Benedict Cumberbatch and his The Imitation Game may score in the award season.

Nonetheless, this film is truly brilliant and is deserved your view at your cinema!