Last night, I found myself bored after a fitness class which ended up in one browsing the Amazon Prime movie selection eventually coming across W.E, the
film Madonna directed and wrote. The 2012 film tells the story of Wallis
Simpson and King Edward, the King who gave up the throne for  Mrs Simpson, his true love.
This love story is depicted from the research of the modern day Wallis Winthrop
who was named after the original Wallis Simpson, she has now decided to research
into her inherited idol. This modern day Wallis is isolated in an abusive
marriage to a British doctor who doesn’t want any time with her, avoiding intimate
moments with her as of her obsession with getting pregnant. Madonna intended
for her film to depict the hardship and consequences that Mrs Simpson endured to be with Edward. The research in which the protagonist embarks on highlights
how the couple’s life was not always as perfect as first thought, often showing
how difficult their marriage was through the scrutiny of the British press of the time. The film jumps back and forth between present
and past day, showing the early days of Wallis an
d Edwards romance.

These two character constructions go together as well as a
good red wine and a medium rare steak, which is very well. You can see evidently
where Madonna has intended for the modern day Wallis to embody similar
characteristics of the original Wallis. A very complex female who is lost
within her life. As I was watching I really became
aware that Madonna was intending for her film to emphasize the sophistication
of the 20-30s, with the bold lips and eye make-up. The almost Instagram picture
filters that Madge has used to emphasize the context are cleverly brilliant but
also clearly devised to appeal to the critics who would later watch her masterpiece,
but unfortunately for the Queen of the Pop the critics panned her work. So warning to all directors of the visual form, do not use Instagram filters, critics see right passed them. 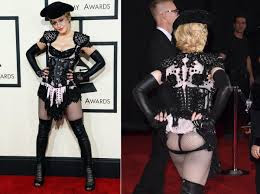 I wasn’t particularly bored by the film, as I have been by
other biopics such as the Social Network which bored me to tears, Ive had more
entertainment from a dog turd in all honesty. A film that unlike W.E was
nominated for Oscars, why it was, I still to this day question their judgement.
W.E is not a terrible film, neither is it an amazing movie but it does show
Madonna’s future career path as a director in her retirement. I would have
preferred it if she had taken skills of the career from her ex-husband Guy Ritchie,
of which she had failed to do so. Nevertheless I feel her ability to direct was
much better than it was for to write the film, I think that she directed a very
elegant film, showing the elegance of the period and Wallis Simpson who Madonna
has pictured to be a lady of sophistication. I was not however impressed with
the abuse between the couple of modern day, between Wallie and her husband of whom
ignores her, until he loses his temper with, a character who after the fight
just disappears and Wallie makes love to her Russian bit on the side. I did
feel as though the intertwining of modern and vintage was a bit confusing, I
think it would have been a lot less confusing if there could have been just one
story line running through; perhaps we could have had the vintage Wallis and
Edward story line just running like they did for the Kings Speech.

Overall opinions, I wouldn’t rush out to watch it, if you’re
bored one Sunday evening then go for it, knock yourself out. But I am glad
that I didn’t buy it or watch at the cinema, the most overpriced form of
viewing a film, where you pay more for the production of the film than the films worth at the cinema. Though if you do have the opportunity to stream it like I did on Amazon instant
video then again you could find it and watch it. This film though does pitch Madonna’s
application for directing in her retirement years because it does show potential,
I sound like an X Factor judge but it’s the honest truth really, Madonna can
direct as well as she can sing however I don’t think her film writing matches
up to her song writing. Such a film would deserve a slot on channel 5 in the
afternoons.

Id rate it in the 3.5 rating. it gets the half mark because I like Madonna. 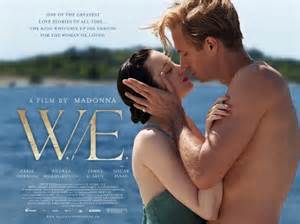