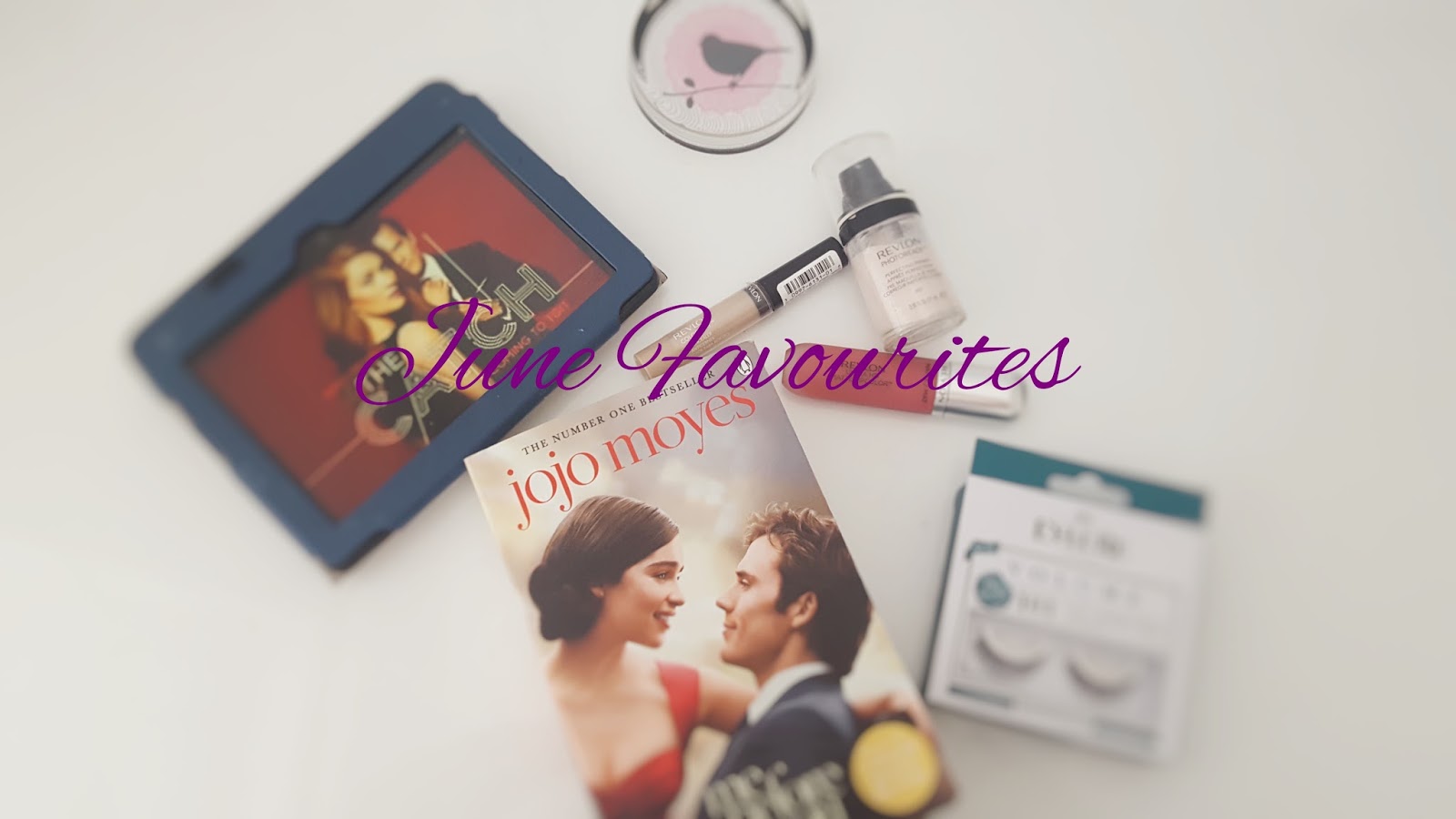 Another month is coming to an end which means bloggers alike will think back to the entirety of June to conclude all of their favourite products and things of the month. I have joined this club and disclaimer alert- I am not sponsored there was an offer in Superdrug which I gave into, naughty.

I picked this item up on a bit of impulse after I was in Superdrug and saw their 3 for 2 offer on Revlon items. I had picked a lip crayon up and needed another item so picked the concealer and the primer below. This concealer impressed me very much because the coverage is so incredible- long lasting but not heavy. To put it bluntly I could go out with just this concealer on and be ‘a ok’ that is how good the coverage is. It works well under the eyes and as a base when you’re short for time. So in a nutshell just buy this concealer and you’ll be good to go.

This Revlon product was a product I purchased when I was creating another Audrey Hepburn dress up which I am yet to publish. I wanted to get a primer which was less moisturising and ideal for priming my skin for a base product. This primer is just superb for just that and it feels like I am putting a gentle cream onto my skin which just preps the skin so the base products just sit on my face and look natural rather than soaking into pores and creases. I should do an experiment where I wear my everyday make up with and without the primer to see whether it makes a difference to the lasting. I know however that my base just looks 10x more polished.

Yes I know another Revlon product and no I have not been sponsored this is the downfall for products being 3 for 2. These lip products have been raved on about for ages by beauty bloggers every where mainly because Revlon sent all their close bloggers the product. I had been meaning to try a matte liquid lipstick type product for a while since all my female friends have raved on about the Kylie Jenner matte liquid lipsticks. This Revlon colour is just beautiful and is a mid toned pink so isn’t a peachy or baby pink but a dark pink nearing on the berry pink shade in the shade ‘Obsession’. The pigmentation is stunning as is the lasting quality and my lips stay matte but moisturised all day and unlike the ‘Bourjois’ matte liquid lipsticks my lips are not left looking and feeling crumby afterwards. 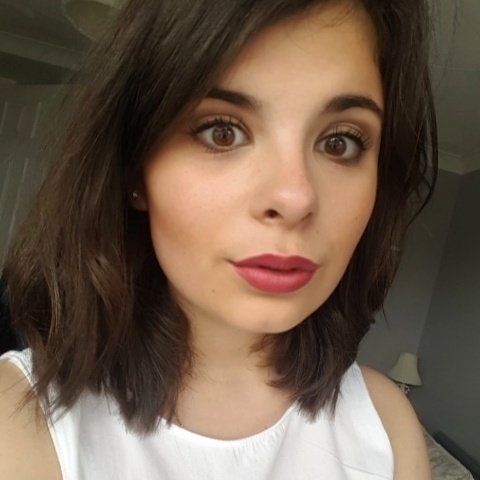 This show I mentioned in my last post which was a run down of al the television shows I believe are worth the percents on your satellite recording devices. I’ll leave it below for you to check out. The Catch being one of these- the show produced by my spirit animal Shonda Rhimes tells the story of a woman named Alice Vaughan who is engaged to Chris Hall a man who she is madly in love with. She believes him to be the one but is hit with the bombshell in the first episode that he is in fact a con-man and is working for a fraudulent squad that is out to get money from anyone in its proximity. We learn that Chris is in fact in love with her but following the instructions from his superior. The series sets out to follow why he had conned her and not another woman. One reason could be that she is a very successful private investigator.

This film was released in the middle of the month after months of advertising and build up from its production company; my Sister had been desperate to see it which led me to volunteering to take her to it. I was reluctant because I am not a fan of films with a potential for an emotional crisis part way through. I also consider myself to be a bit of non-crier at films- I tend to only cry at true stories or stories involving dogs. However this film broke my heart but also made me laugh. Based on JoJo Moyes very successful book; it tells the story of Louisa Clark who has just applied for a caring job looking after Will Trainer a young man who has become paralysed after an accident. Louisa is a bubbly character who makes the audience laugh with her sometimes awkward quotes and lines. The main story in this film is that Will is fed up of not being able to live life to the fullest like he once used to and so has given himself 6 months before he will go to a Swedish suicide facility. Louisa must find ways for him to reconsider, ways which include doing things which will put a smile on his face once again. I was emotional I’d say 45 minutes before the end and my Sister for the first time in her life was surprised that I could be so emotionally invested. So invested that I brought the book to read now and the book mirrors the film very very well. There are a few differences as there are with most book and film adaptions but these can be swept under the carpet.

I have spent a lifetime buying false eye lashes and just never being able to wear them because I end with them on my eyebrow or just not having the patience to put them on. I decided however to give myself an additional 30 minutes on my evening get ready to master them. And you know what, a miracle happened and I wore false eye lashes and the best thing they didn’t come off. I will insert a photo below for evidence. I couldn’t believe how fuller and just better my eye make up looked with the addition of false lashes. I have managed to wear them now on two night outs so am praying that I have mastered this skill to be able to wear them now on a full time evening and big day look. Lets cross our fingers and hope. 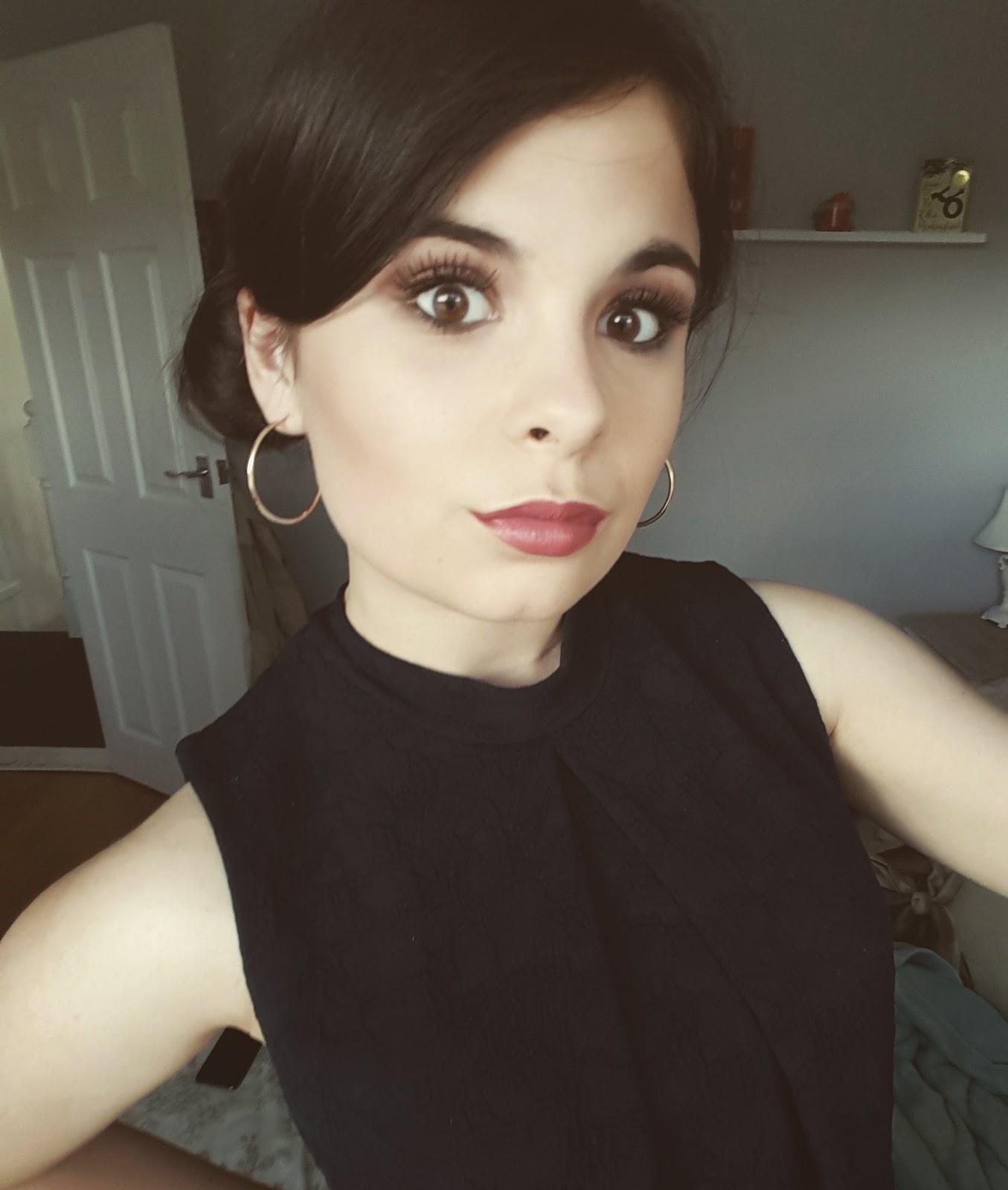