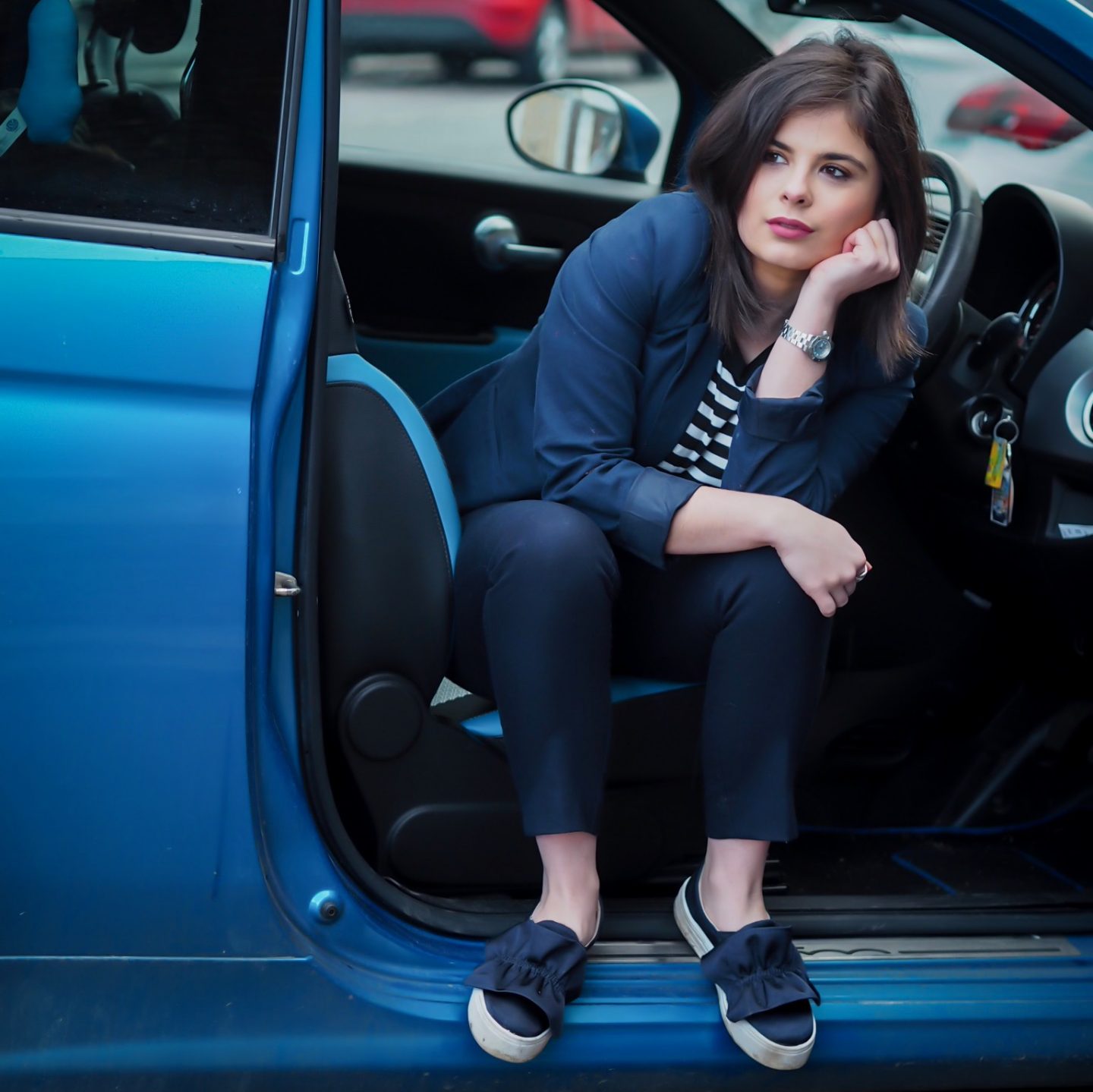 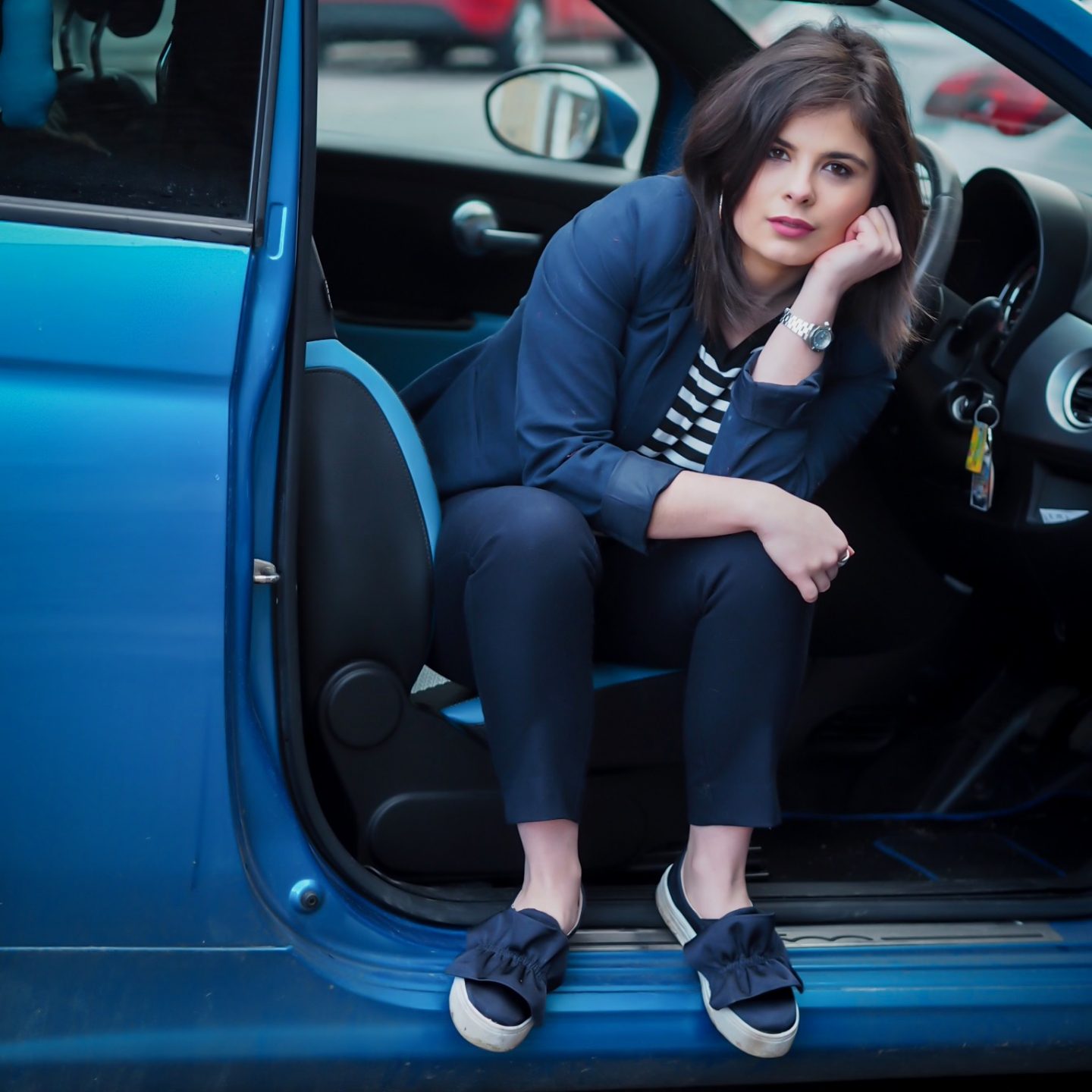 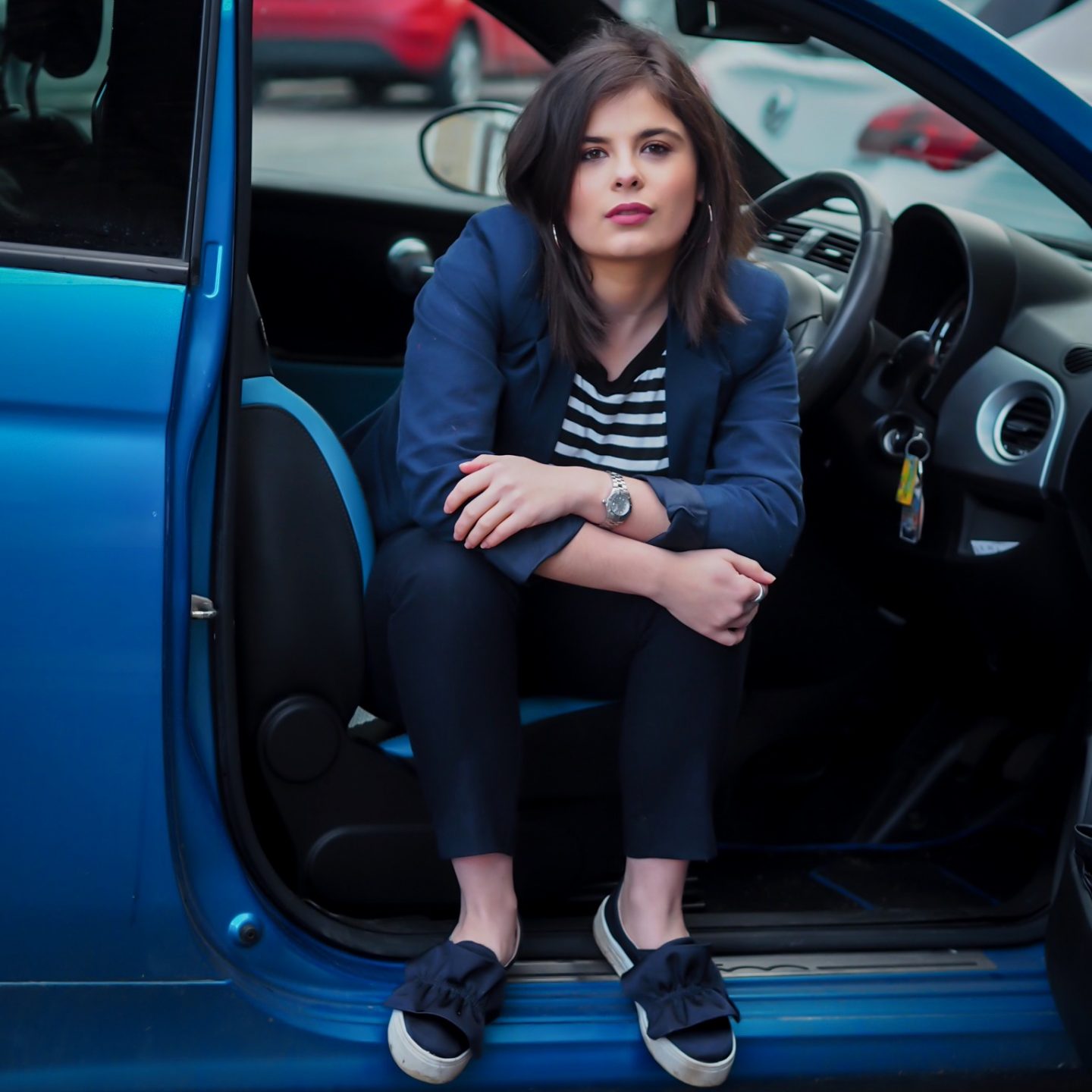 Do you remember when you decided that I’d be one of your 250,000 victims? You probably don’t but I can remember the early days of my symptoms. It began in late 2015/ early 2016, I think, annoyingly however I put you down to a gluten allergy…all those cakes, pastas and pies I avoided because I thought it was the trigger for my symptoms. I remember, catching the flu/stomach bug and I don’t think made a proper recovery. I think, I rushed going back to the gym, work and Uni before fully recovering so you sat lingering in my system just lurking..Id go through spells of feeling constantly tired and spaced out. Sitting in seminars, not really knowing who I was and what was going on. I’d consume 100’s of starbursts to try and get through the seminars without falling asleep. But for those who read my letter to you and don’t know who you are, let me paint you the scene of who/what Myalgic Encephalomyelitis is. It is a long term, chronic, fluctuating neurological condition which affects all the body systems but most commonly the nervous and immune system. You effect 17 million people around the world. Did you know that?

I was able to disguise your symptoms by cutting out gluten and going on B12 tablets since, the doctors believed they were the causes not yourself. With these in place, I went through 2016 living a happy, healthy and most importantly active lifestyle which just cut out gluten most of the time. Occasionally having a poorly tummy, feeling nauseas and feeling like I’d been on a flight to Australia twice within a week but always managed to blame gluten as the root cause. Just when, my life was becoming what I wanted it to be with; blogging opportunities, graduations, parties and new jobs you decided to attack with vengeance and make my life go upside down. And no, not as good as Diana Ross’ Upside Down banger. You hit, once again with the constant fatigue, what seems to be the most favourite symptom. I was becoming tired after anything and everything but more importantly falling asleep everywhere, even on holiday during bus tours of Cities and on the train. The fatigue was hard to manage, since I’d go to bed earlier and wake up feeling as though I had, had 4 hours sleep not 8. You then felt, the need to hit my concentration and just professional status. The mind fog, was horrible because I’d be told something and completely forget about it, without even realising. My memory was affected to the point, I felt like I couldn’t be trusted in my work environment because I was bound to forget what had just been said. I blame, you for when I’d misread emails both in University and now in the working environment. Like, when did you decide to give me nerve damage? What had I done, to deserve a lack of sensation in my hands and feet? Had I entered the gym loving life, too late, in life and didn’t deserve it anymore? At the age of 21, a set of crutches and a hand splint, wasn’t going to be my finest look.

Those who don’t have you in their system or battle with you on a daily basis will not be able to share the mental side of your attack. You seem to know, just when to hit and when to hit all the wrong buttons. I had reached a point in my life where my mental health was at a good point and a place which I could manage. I was also comfortable in my body and skin, now you’ve taken that along with my dignity and active lifestyle. It upsets me, when I see fitness bloggers and those in love with the gym claiming there are no excuses and you should be going to the gym with no excuses or my least favourite is, ‘just get on with it’. I CANT, and yes in this circumstance, the word CANT does exist because my body physically says no. The moment, I’ve finished a workout of lower capacity than last years, I end up collapsed on a bed with my head spinning and no appetite whats so ever. Thats your fault, Myalgic Encephalomyelitis. Since, you were discovered by my neurology team, you’ve caused me to endure a; prescription of anti depressants, a phone call with a therapist, emotional breakdowns and of course feelings of no self worth. I should also add, that the prescription of tablets caused me to have a skin allergy and vomiting side effect as a result of the tablets. Having you as an enemy and living within my body, I can only describe as having your ability to exercise, think clearly and ever feel healthy taken away from you with no reason other than, sorry hun, life is a bitch. I know, you’re an illness which in the grand scheme of things, is the best of a worst bunch but it doesn’t make it any better for me and those also suffering with your symptoms.

When I try and talk about you or claim to be poorly with your illness, I receive ‘well you don’t look poorly’ this is fabulous when i’ve concealed the tired bags under my eyes, the spots that have been caused on my face whilst wearing a pair of spanx to conceal the bloating. But being told, I don’t look poorly or can’t surely be poorly because I’ve been seen out at lunch, or at dinner in the evening just makes me feel a fraud. You’ve made me paranoid and doubt myself and my body. I worry about stepping outside the house, in fear of a person judging me for stepping foot out after certain hours. 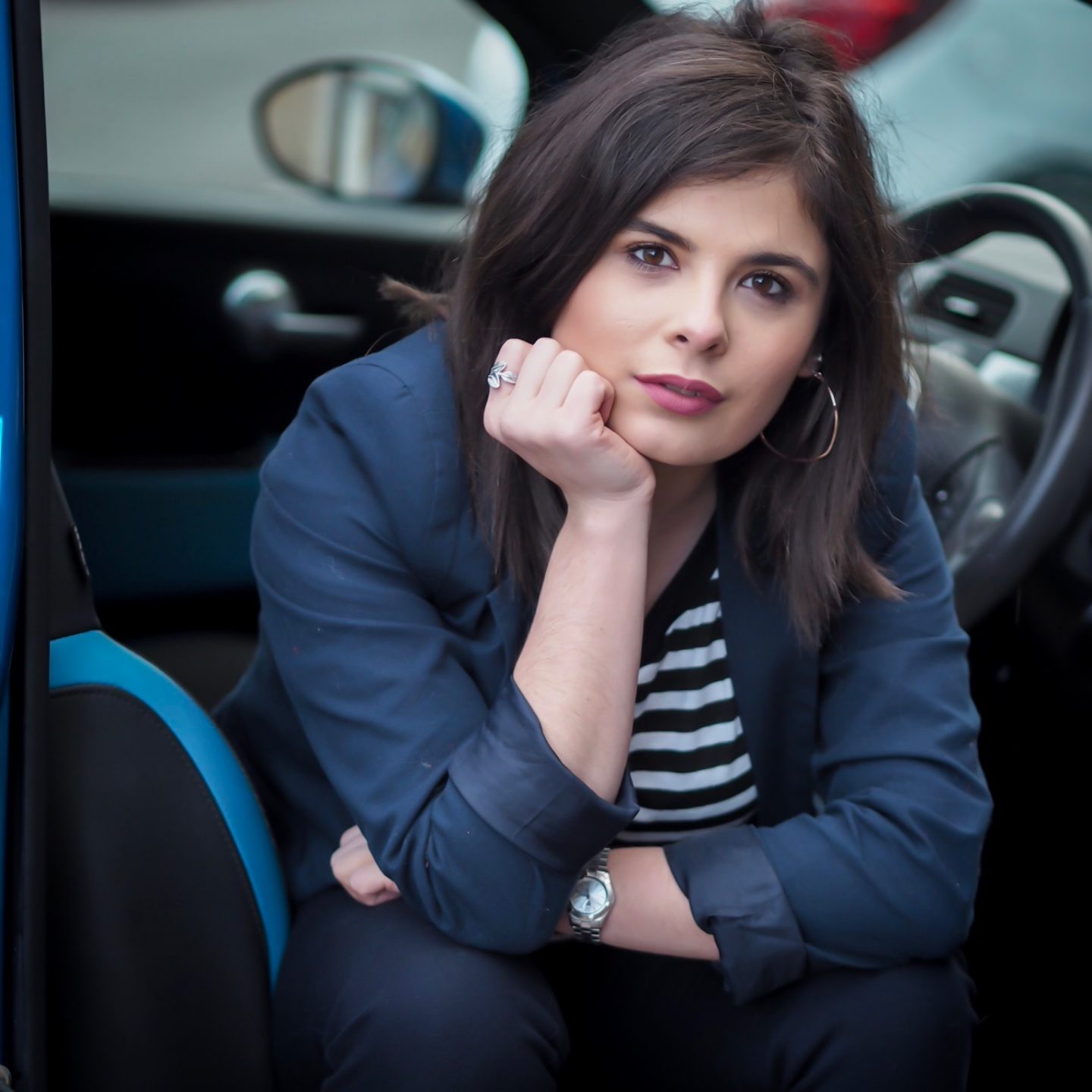 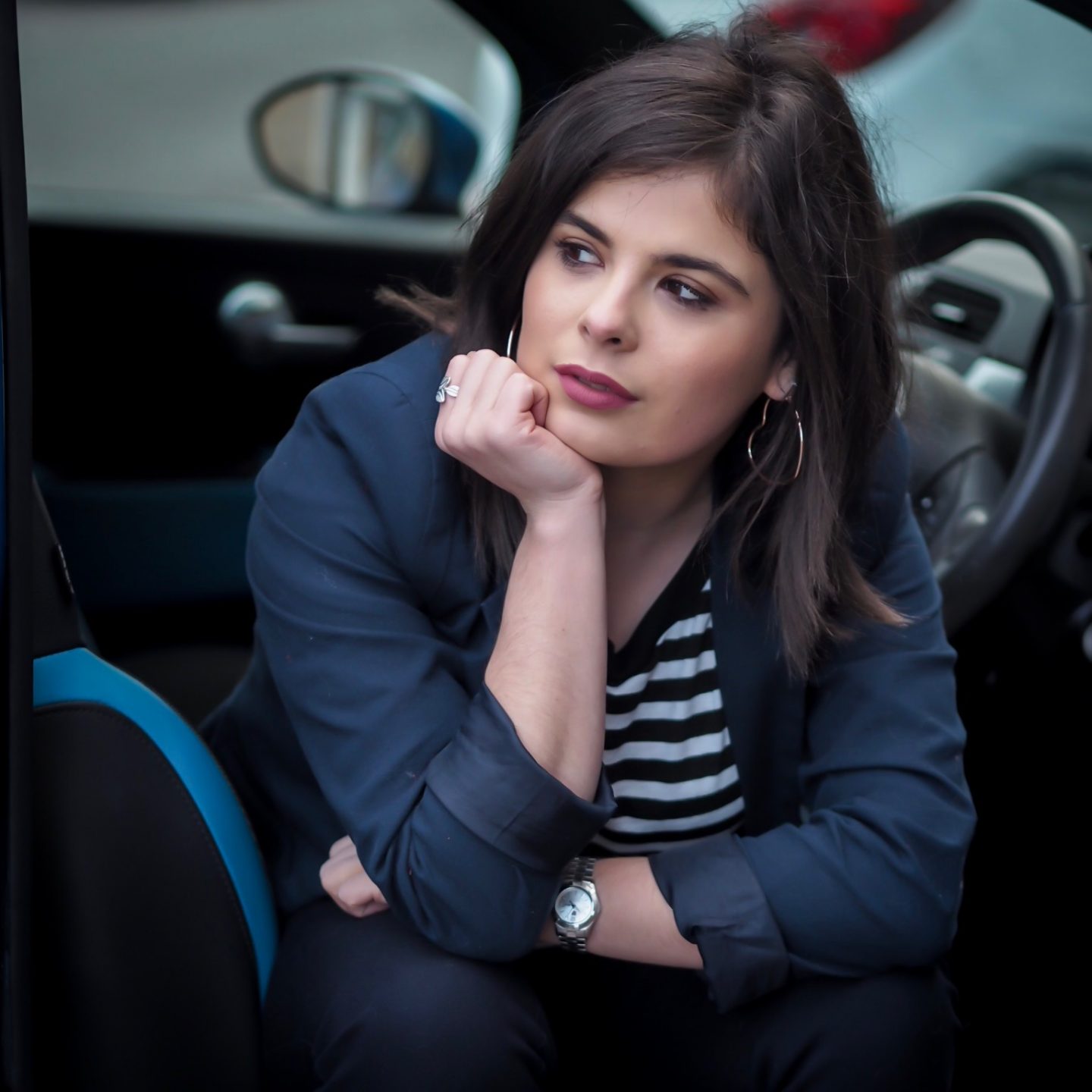 Just as, I was making a recovery and feeling a little more like myself you decided to come back in and cause another relapse. This time causing a collapse on a rush hour commuter train, where I blanked out and as a result can’t remember the half of it. Only, that I awoke at my train station sat next to a person from the train line and my Dad collecting me. My dreams of working in the City pretending to be a combination of Carrie Bradshaw and Olivia Pope has sunk, like the Titanic only I’ve not sung a heart felt song like Celine Dion. Instead, bringing my work closer to home to reduce you making another return. You may have taken some of my sanity, some of my dignity and a large portion of my self confidence, you will NOT take away my desire TO work, TO earn money and TO be independent.

The days, I feel high,  the days I feel well enough to attend a fitness class or the days I feel well enough to eat out whether it be in the day or evening I will share on my social media. These are tiny portions but apparently indicate you are well, healthy and normal. Those who see my posts, are unaware that you strike moments later; I’ll get home after the above activities and be effected for sometimes 2 days afterwards. I’ll feel like that trip out for coffee, that meal out or that walk along the beach with Norman and Fernando being like a flight to Australia and back. The night I went out to celebrate my birthday impacted me for 2 days afterwards and then was in the backdrop to my January 2018 relapse, does that make you feel better? You’ve made me worry about doing anything in fear of relapsing to the point where I can’t feel my hands, feet again. My friends, see the joyful, the happiness and the fun on my social media and think everything is great or I’m living the dream. Whilst  behind the scenes of that snazzy gram, that snazzy outfit or the press release/event I’m recovering, collapsed on my bed because you’ve struck sometimes taking my appetite with you.  I want my friends, followers, family and peers to remember what they see on the gram, Facebook, stories on Snapchat and of course Twitter as being the highlights and the days where I’m feeling like the old Ev, the old Ev who embraced her curves, her dark hair, her single but sassy status and of course her nose kissing incidents. Social media, is a highlight reel, it’s not reality. I don’t share with those as a status or check in when I’m having a relapse because this isn’t what I want them to know, you’re like the secret that they know about but not the true extent. I can only describe it, as like the person you’re seeing, all your relatives know about him but pretend he doesn’t exist because he is that dirty little secret. Just like Chronic Fatigue.

It’s now February and nearly March, so four months since you came properly and more overtly into my life. You’ve taken my confidence and my active lifestyle but I am determined with the adaptions I’m learning and trying to make in my life, to overcome you and put you in the same pile as all those ****boys and bullies. I’m hoping that making certain changes to my lifestyle will actually aid my recovery and not put it, on pause like it was in January.  Myalgic Encephalomyelitis, you may be with me, but lets hope you make fewer attacks, fewer drop by’s and leave me to live my life. To return to my sassy, active and confident life. I also, want when you decide to leave my body, to give me back my body confidence.

To understand more about Chronic Fatigue Syndrome, then visit the Action for ME page as well as the ME Association. Two charities whose work is reaching out to those in need and to those need/want to learn about the condition. Or, alternatively you can watch the documentary on Netflix entitled ‘Unrest’ which documents those house bound, bed bond and wheelchair bound due to the condition. It’s time to change your thoughts and attitudes towards the disease.