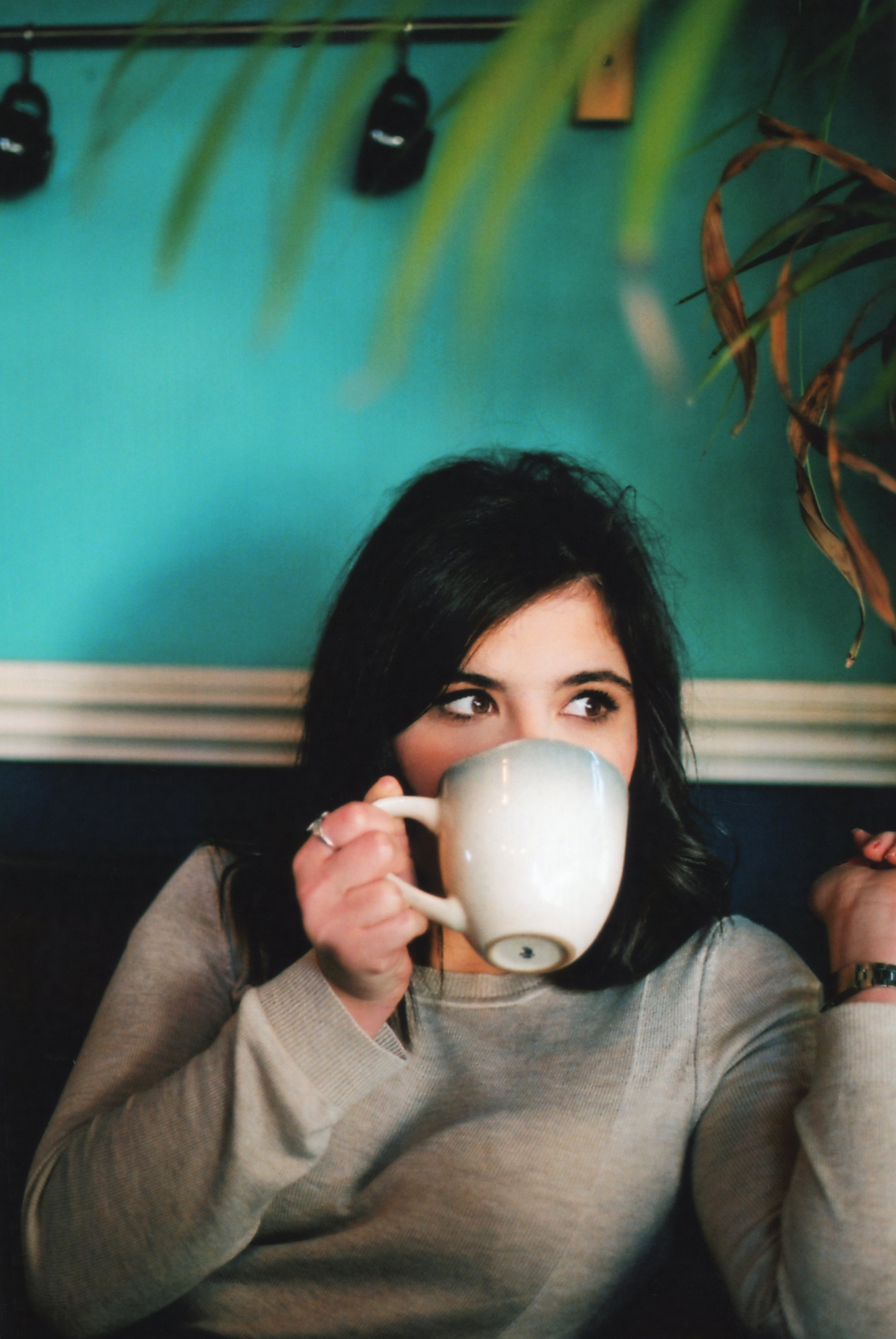 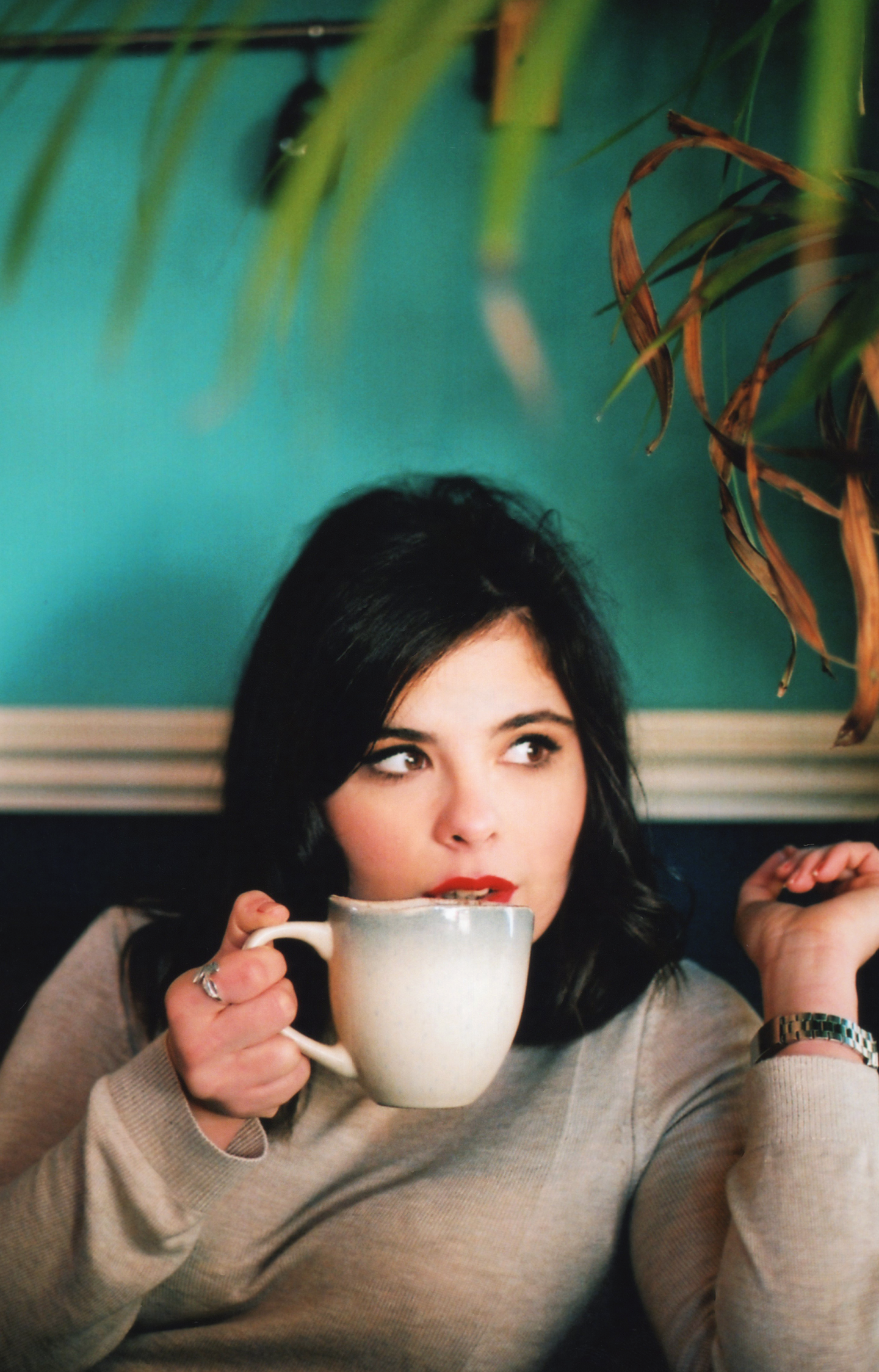 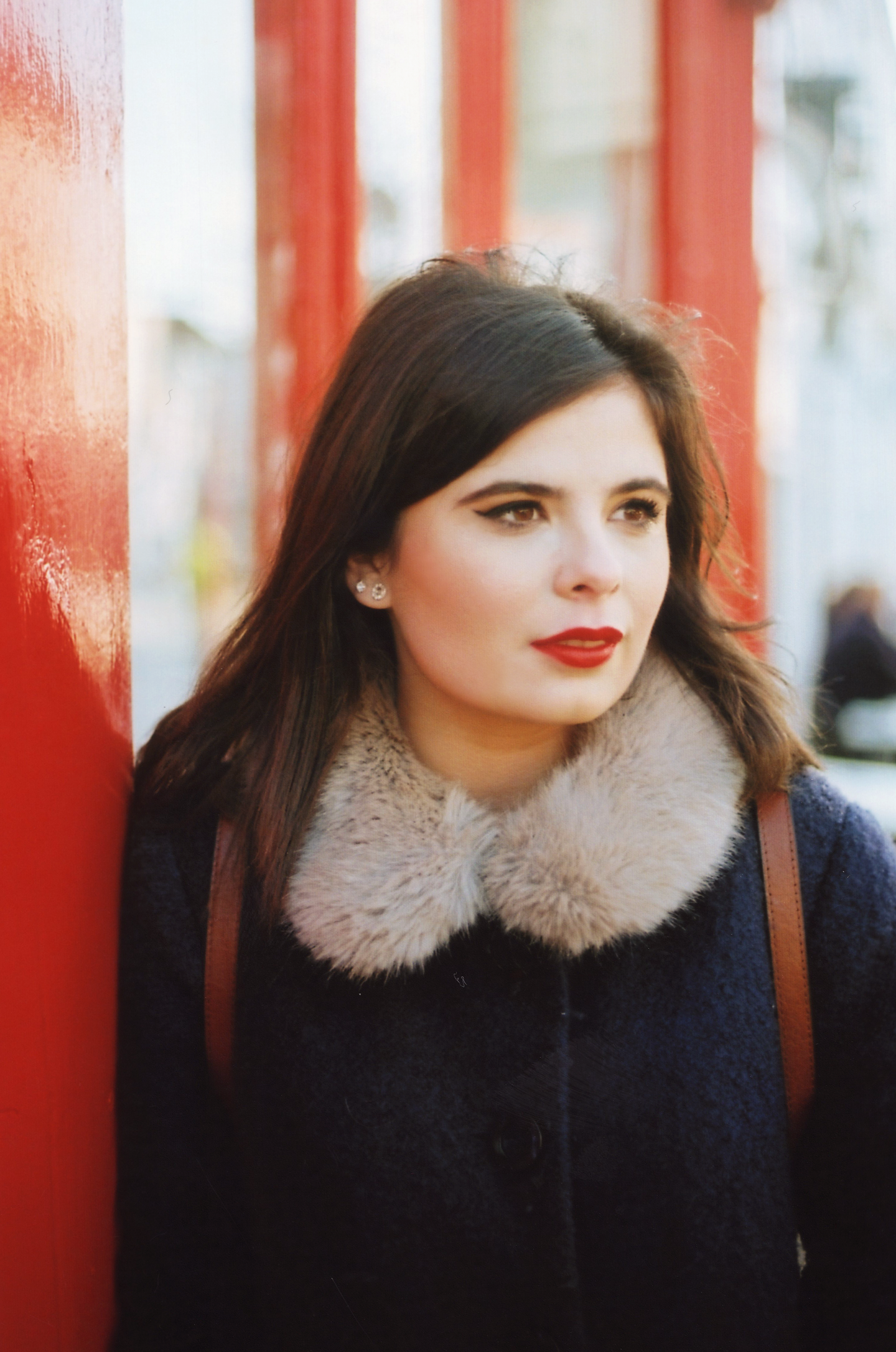 Change. Change. Change. I probably should have used a thesauruses and tried to use an alternative word for the word change, but I learnt in GCSE English that the art of persuading a person and making a point, is to repeat. So, change. This week, is ME Awareness Week, I wrote a post back at the start of the year documenting my journey with diagnosis and accepting my illness so I will not waffle too much, but this illness as cruel as it maybe, has taught me the ways in which we are all born with and we learn how to accept, deal and cope with change, as hard as those changes might be. Today, let’s play the ‘how many times Ev can say the word change in a blog post’ or the ‘change drinking game‘, every time Ev says the word ‘change’ we drink. So, by the end of the post, you’ll be so drunk you can send your ex, a truly heartfelt text, without realising you done it, the following morning. Winning all round aren’t we?

At the start of this year, I promised myself that I would start thinking about myself, which being single, I do all the time. But, thinking about myself meant more than just loving the singleton life, it was about what was best for me. It’s NOT, 1) What’s best for my Instagram or socials, 2) Not what anyone else thinks I should be doing OR 3) Going along with it just to please a person. But, at the start of the year, I was unaware on how much of my life I was doing because I thought that’s what I should be doing, or what was considered as right, when in actual fact it was wrong. Prior, to my ME diagnosis, back in November last year, I had the dream like most, that I would live, work and play in London. The Carrie Bradshaw dream; city gal living, dining and socialising the City. But, little did I know that a 90 minute commute a 20 minute walk each way would just push my recovery or rehabilitation plan, months back. I was running a marathon before I’d taken part in a 3K run, for those fitness freaks out there reading this. After 3 months off; where I spent a large portion of it sat in doctors/hospital waiting rooms and watching the entire boxset of Sex and the City; I returned back in December/January to work. It was daunting, but I had to make the working life work; for me- illness wasn’t going to stop me from working, especially fulfilling my goal of eventually living in the city. But, soon into my return I realised it wasn’t right, the commute and the 12 hour day were no longer fulfilling but wiping my already lack of energy levels, completely from me. So much so, that on my way home one evening, I collapsed on the train home- I cannot remember the journey home other than the ever so helpful onboard manager Gary and my Dad collecting me from our train station. It was then, that I realised: the 5:30am start, the hustle and bustle of London, the £5,000 season ticket a year was just not worth it when my health was going back down the pan. Up to this point, I thought I was fixed and had truly accepted my diagnosis but at this moment in time, I realised that i hadn’t. This time, it was also impacting my mental health too. Noted, when I cried in front of my doctor, cried at basically anything and everything despite being usually the most unemotional person ever. Here, the doctor suggested, I be on a course of anti-depressants to help balance my emotional state out. It was, in February of 2018, I made the jump. I decided to leave London. London work. Said goodbye, to the pub lunches, the 5:30 starts and the hunky suited and booted commuters. I put the dream of working and living in London on hold, to get my health back and attempt to reduce the chance of a relapse. Change. The first change, was moving my PR work closer to home. The dream of being Olivia Pope, doesn’t have to be in London, can be 10 minutes away from home too, you know. 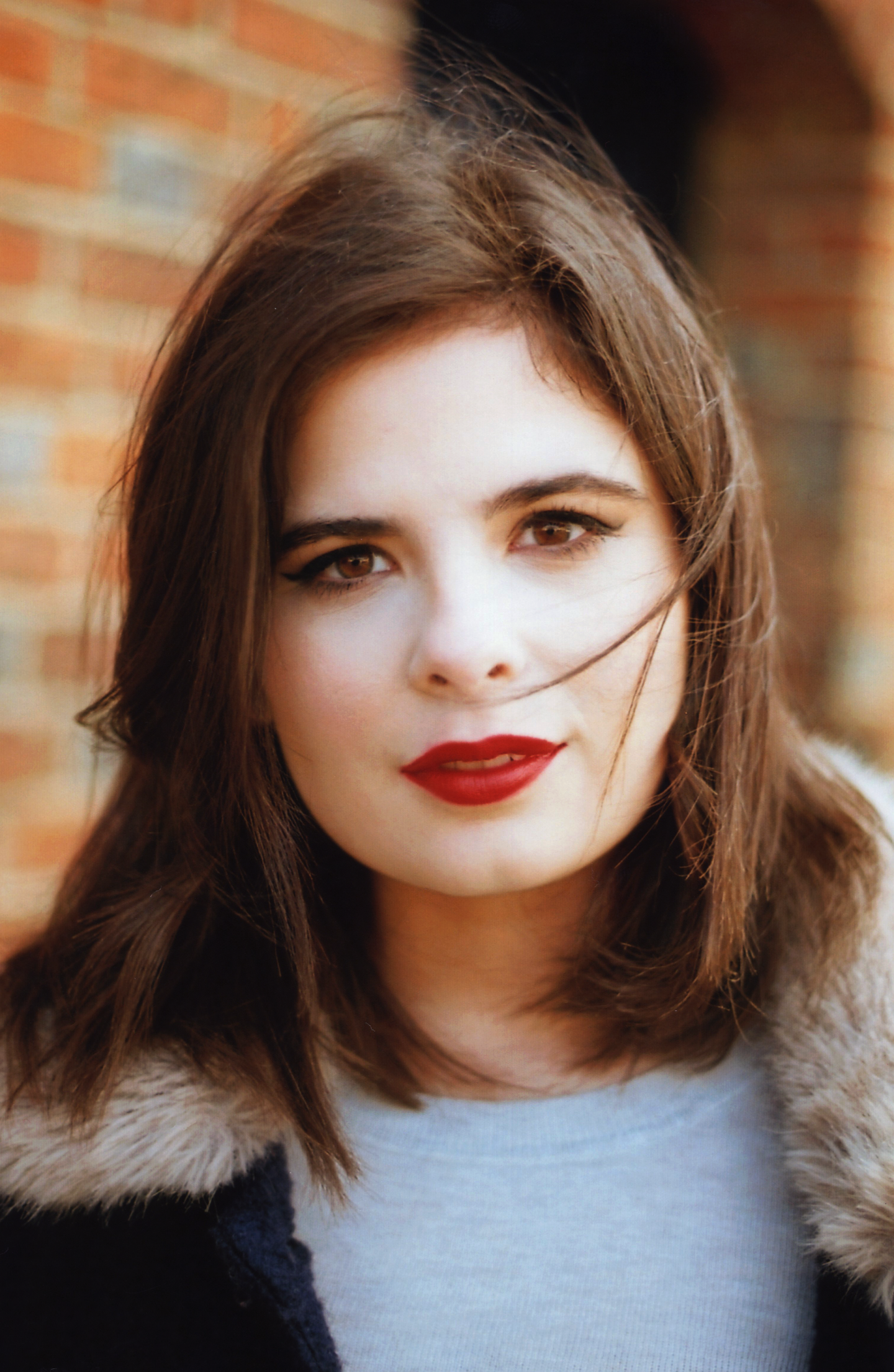 At first, I was feeling low at the prospect of no longer working in London, fearing that my professional capacity would be shrivelling up before I knew it. However, after many pep talks from family and friends, I soon realised that location was not going to stop me from reaching potential I knew I had, even with illness. An illness, especially one like ME/CFS may take your energy, your tolerance to certain foods and alcohol but it never takes your drive, desires and determination for what you want and what you’ve always wanted. This change, had to happen. I’ve accepted this change. But other changes, are proving to be not so easy to accept, deal and cope with.

Prior to diagnosis and illness properly striking, I was an active person so active that I spent more time in lycra and trainers than I did in normal clothing. Now, I really crave this. I’ve adapted my gym routine, so that I have rest periods, proper sessions but more like HIT routines than 2 hour HIT sessions that just drain my energy not just for the afternoon but for the rest of the week. I’ve had to kick out, my favourite Body Combat for the time being. I went back to this class last week, after 5 months absence. It felt great being back in the studio but hours later, I was wiped out, recovering in bed for 2 hours and have since felt it the following days that led on. It’s times like this, where I fail to accept change. Fail to see, that the changes I’ve made to my lifestyle have had to happen to enable me to me reduce setbacks, relapses and periods of recovery. I now, do my Bollywood Dancing, yoga, aqua aerobics and pilates which when I read them out doesn’t seem so bad but when I think about my previous gym schedule, it makes me sad. Almost, feel like I’m grieving my previous life. Craving, the aching legs, post spin, and craving the sore abs. Being, a persons so into appearances, I worry that the peers I surround myself with have noticed my appearance. Noticed, that I don’t look so thin and they’re thinking, ‘holy cow, ark at porky‘ rather than ‘oh wow you look so good’ but this goes with what I said last week, that was how we are battling our body image worries with social media. Social media is at the heart of our body image crises as much as ME is mine too.

So,  I’ve made changes and had to more or a less accept them but am I accepting them? Well, professionally, I’ve probably accepted the change but am I actually dealing with the personal changes I’ve made? You could say I am, as there is nothing else I can do other than just get on with it but what I do know that as this week is ME Awareness Week, is that no matter what life throws at us, especially Chronic Fatigue Syndrome, that we can all accept and deal with change. I’ve had to change my whole lifestyle and accept that my body is no longer the same as it was 2 years ago. Whether, I’ve improved your knowledge of ME/CFS or you knew of it prior to this, I highly recommend you do some reading on the illness before making any judgement on those with the illness; we are NOT lazy. We are NOT mental. We are NOT just TIRED.