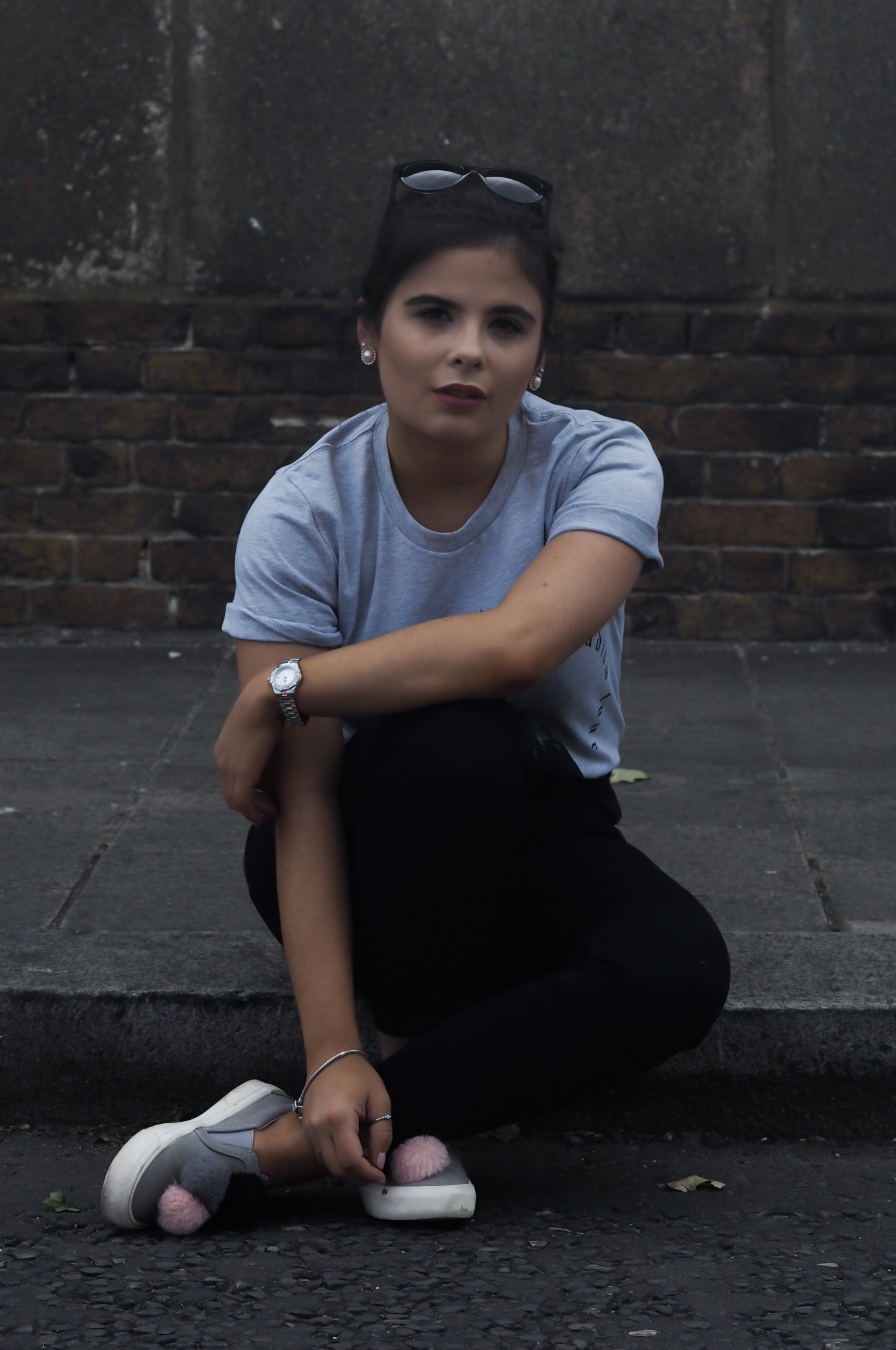 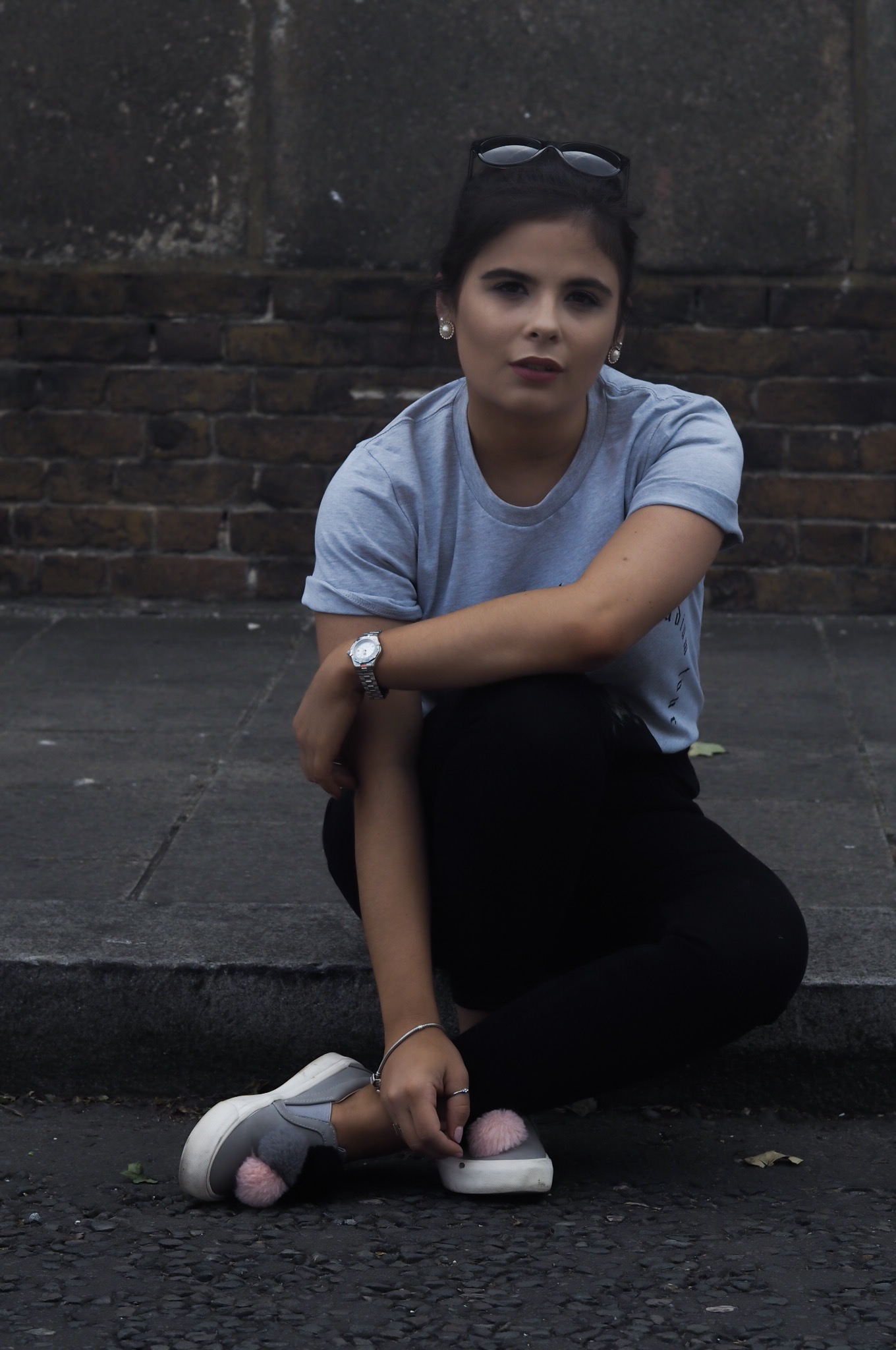 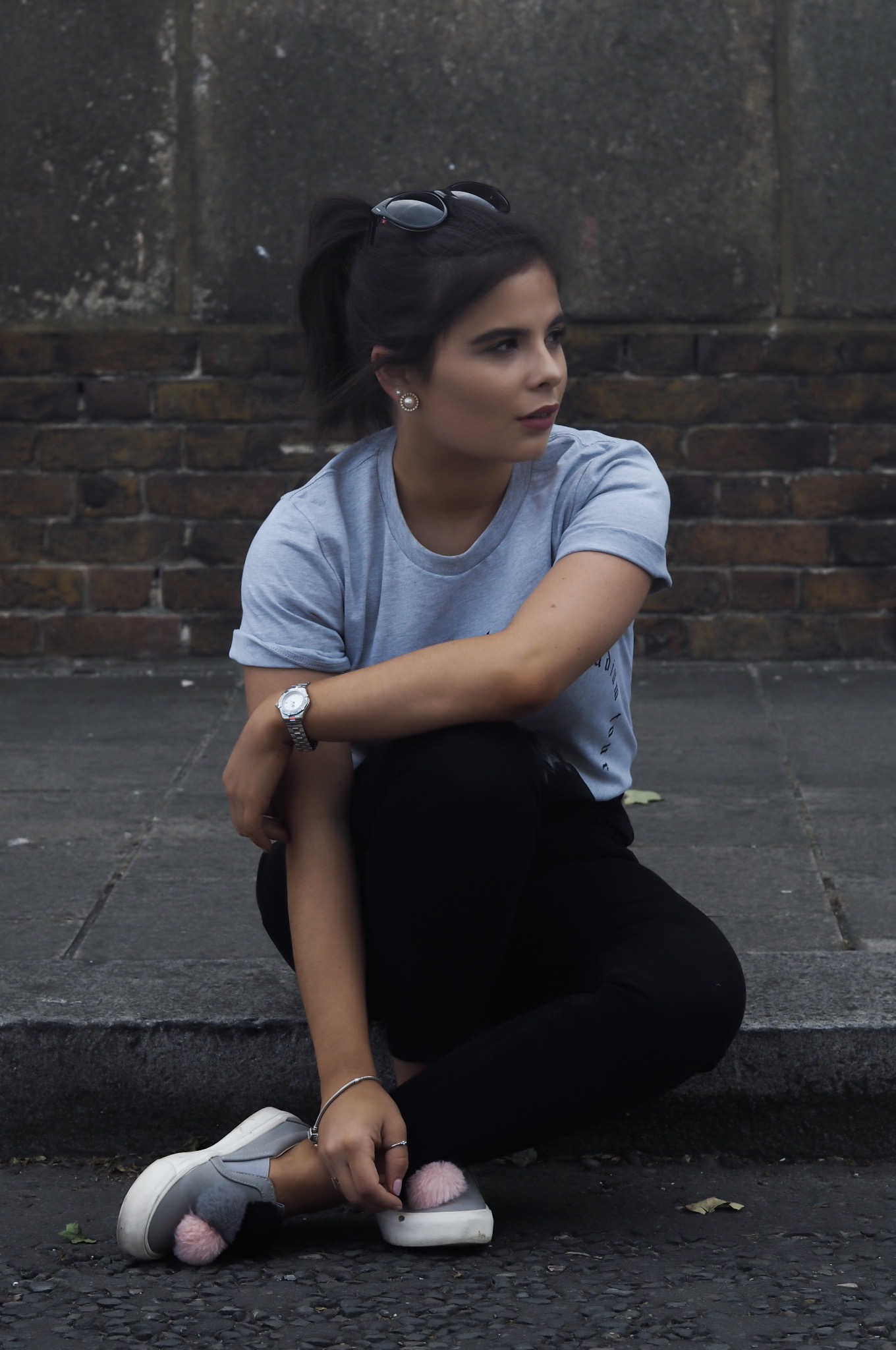 June, oh June. The month, that I find to be most memorable of school times. The month, typically I was in exams, finishing exams or leaving school. Now fully, thrown into adulthood, the school days all seem a distant memory of the past which feels rather bittersweet. Last June, however, was also the month I begun full time employment after University, lots has changed in the space of 1 year and today let’s have a natter about some of the highlights from the last month.

Starring in the June Campaign for Revlon

Revlon were and are a brand that dominate the high street end of my collection for make up. I’ve always said, if you want a high end product for a low end price Revlon have you definitely covered. I’m always flattered, when I receive their PR mail or am featured on their socials, I always feels like that moment of ‘I’ve made it’. So, when I was asked to feature in the campaign to promote/advertise their latest eyeliner for the new press and marketing work I was hardly going to say no. We, shot the content in April of this year and would be later featured across the Revlon social channels in June. If you follow my channels, you’ll have already seen the video advert as well as the still for me promoting the Exactify Eyeliner. An eyeliner, that I can confirm is as good as I claim on the advert. It glides on simply and most importantly lasts for a hell of a long time which cannot be said for other eyeliners. This shoot was surreal at the time of shooting and even more surreal when it came to being released this month. I’m staggered.

Growing up in the early noughties, meant there were two acts that dominated my walkman and they were S Club 7 and Steps but with the occasional Kylie Minogue thrown in there. Often, I get asked whether I was a fan of Kylie when I was younger and can confirm that yes, yes I was. The proof being in, that I had some of noughties Kylie albums and loved the video to Love at First Sight so much, that I wanted a pair of combat trousers and heels like she had in the video. I still want to know someone who can pull that look off now!  I can’t promise that I was the biggest fan of Steps because at the time, I was a bigger fan of S Club in my early years. However, when Steps reformed back in 2012, I was actually shocked with how many bangers the group had, had and how many of them I was in love with. I saw them, back in 2012 on their reunion tour and they were fabulous. I then went to their arena tour with my Sister last year which again, was simply fabulous darling. I also vlogged the occasion which you can check out now, if you fancy a giggle! So, when they were playing in the nearest City to me, Canterbury in Kent, my Sister and I had to go. We were then treated to some meet and greet tickets. So meeting the band, if you were a little gormless. OMG! If you have me on Insta, you’ll have seen how fabulous the group were to meet and how many freebies we received, including a lanyard. I personally love any form of lanyard, my favourite thing of anything. If it involves receiving a lanyard, then I’m so there. *receives lanyards to test* The band were really lovely, really down to earth. I had met Faye Tozer and Lisa Scott Lee in the toilets at a press conference, the Monday prior and the group had remembered me, so that was so strange. ‘Werent you the girl, that was wearing the red suit, with the Sister we met in the toilets on Monday’ *insert famous moment here*.  I was so blown away with how down to earth and how un-pretentious the group were. The show they delivered was then as brilliant as I expected. I also conquered a fear of being in a crowd in an open air area, having spent years putting off going to shows that were on fields or sports grounds in fear of having a panic attack but now I feel like I can do this, maybe not mosh pits but perhaps consider going to these events. Brill.

I’ve already blagged how brilliant my second trip to Dubai was, so I won’t bore you again with it but let’s just say what a fabulous holiday. The people, the accommodation and just the experience was something you cannot replicate anywhere else in the United Kingdom. I already am planning my next time out there because it’s just a real breath of loveliness. I honestly could not fault my holiday or my choice of location. Often, you return from a holiday wishing you had selected an alternative hotel or simply just a different location but with Dubai I’m yet to find that I regret my choice of hotel, airline or location. I will, add, if you are thinking about travelling to Dubai or anywhere over to the East of the Globe, I’d highly recommend flying with Emirates. I’m converted, I think their service, hospitality and flight is just unbeatable. My family mock me for how much of a fan girl I am for being a fan of the airline, you know you’re obsessed when you’re following the air stewards on Insta! *Insert weirdness alert*.  The inflight entertainment is my highlight, a flight containing Audrey Hepburn films and Bollywood, have I seriously died and gone to airline heaven? If Richard Hammond’s filmography had been on there, I think I’d have flown to Oz too just for the selection. *Stops talking about Dubai, Emirates and genuine holiday lust.*

At University, when the pre drinks were happening or we were in a cab and Shake it Off by Taylor Swift would come on, I’d be singing along and even adding in my own Taylor impersonation and backing vocal. Honestly, Taylor, girl, if you need a new vocalist, I got your back! I was a big Swift fan! 1989, and the deluxe of this were superb albums. Real pop anthems, Ryan Adams did his version of the album and this was as good. This albums, lyrics and tunes are just musical genius. So, when she bought out the killer Reputation album last year, i knew that I had to get tickets to see her on tour. I received a set of two for Christmas last year and I can confirm for those who are not fan of her music or her as a person; she is astonishing live. Her vocals and genuine stage presence is top knotch- as good as Kylie and Madonna. Both of whom, I’ve seen multiple times with effortless shows! Taylor, knows how to sing, put on a good show and give a sell out performance for Wembley. Selling out stadiums, for bands can be hard let alone when you’re an artist on your own but Taylor and her crew do it with ease. A staggering show representing an age of sassy women dedicating and writing tracks about exes. Brilliant stuff, or in the words of Alan Partridge and the words of Shakin Stevens,  Lovely Stuff!

From this and my annual leave for the month, it appears that my June has been quite busy but full of exciting things. I’ve loved all my experiences as you can see from today’s post of love for these events. I seemed to have lived, one musical affair. Next stop, Kylie’s 2018 tour and Radio 2 headliner. 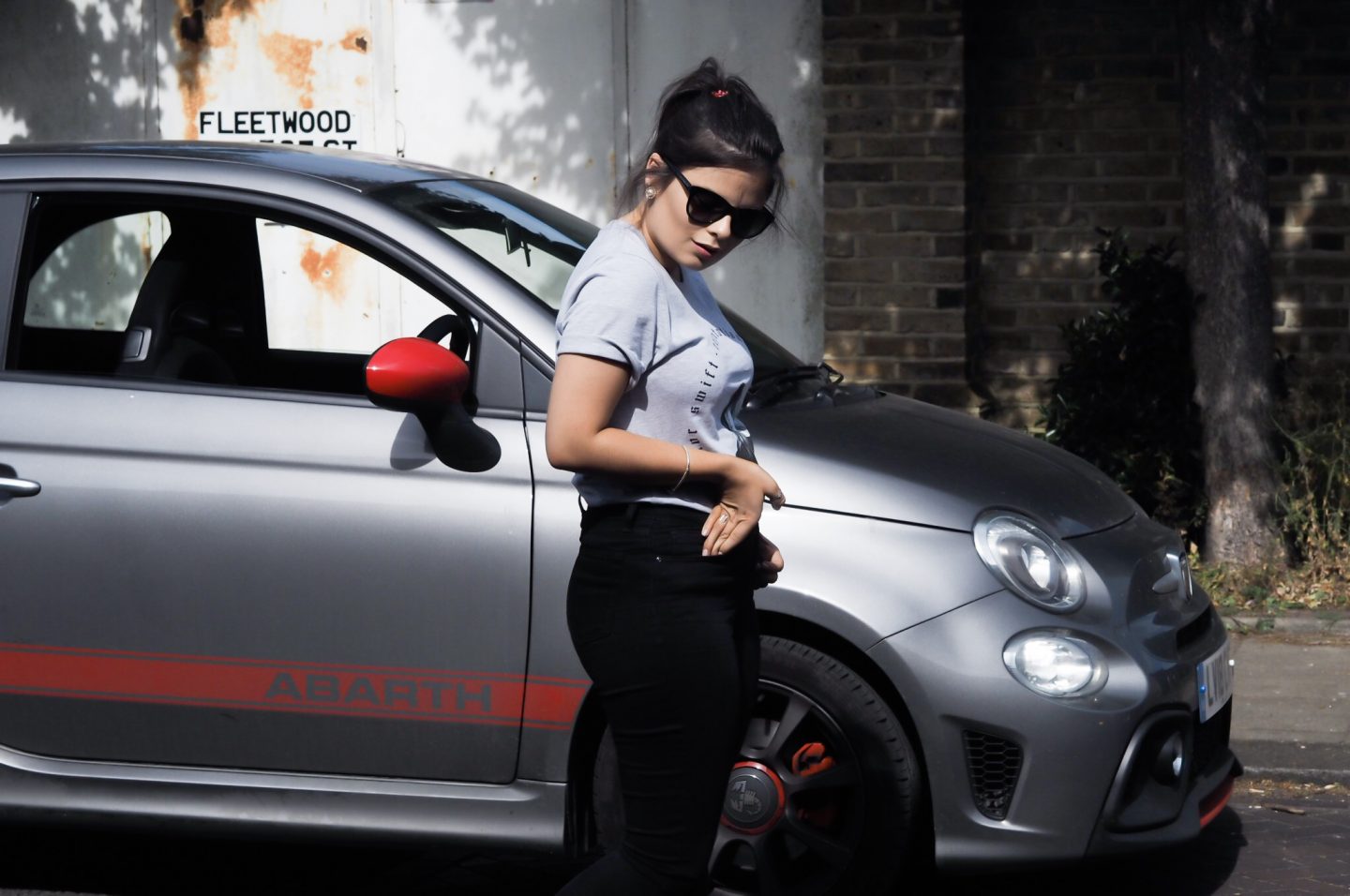 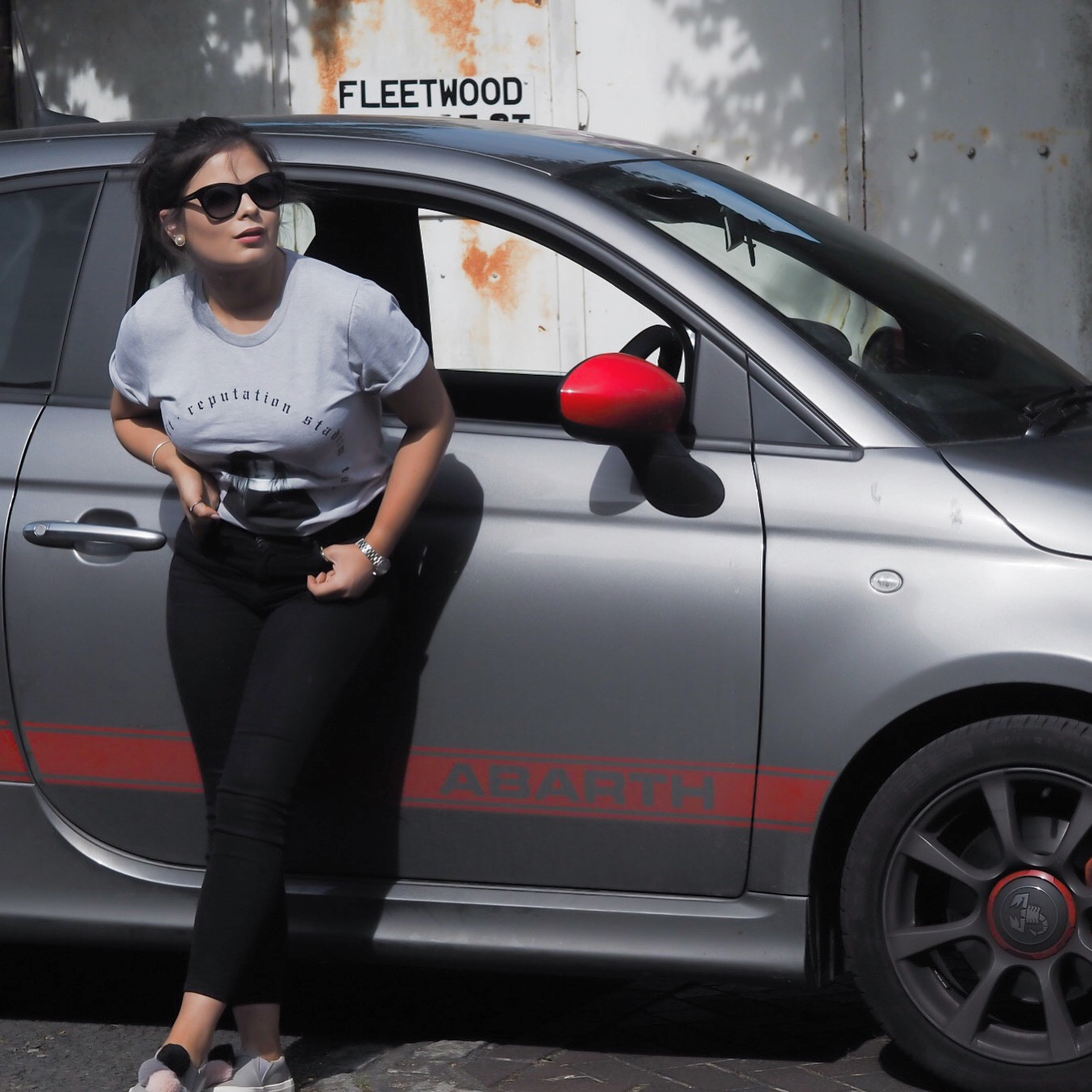