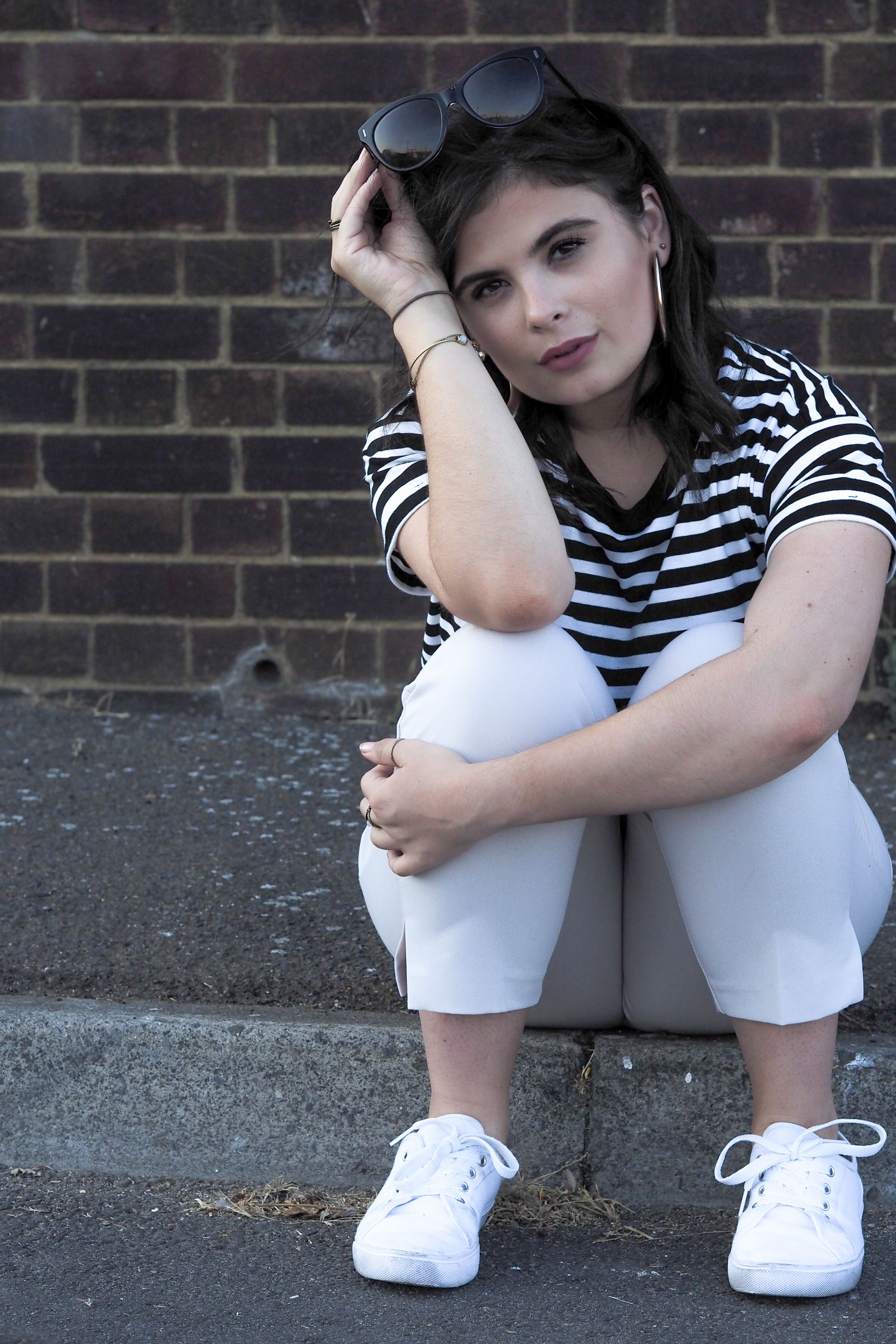 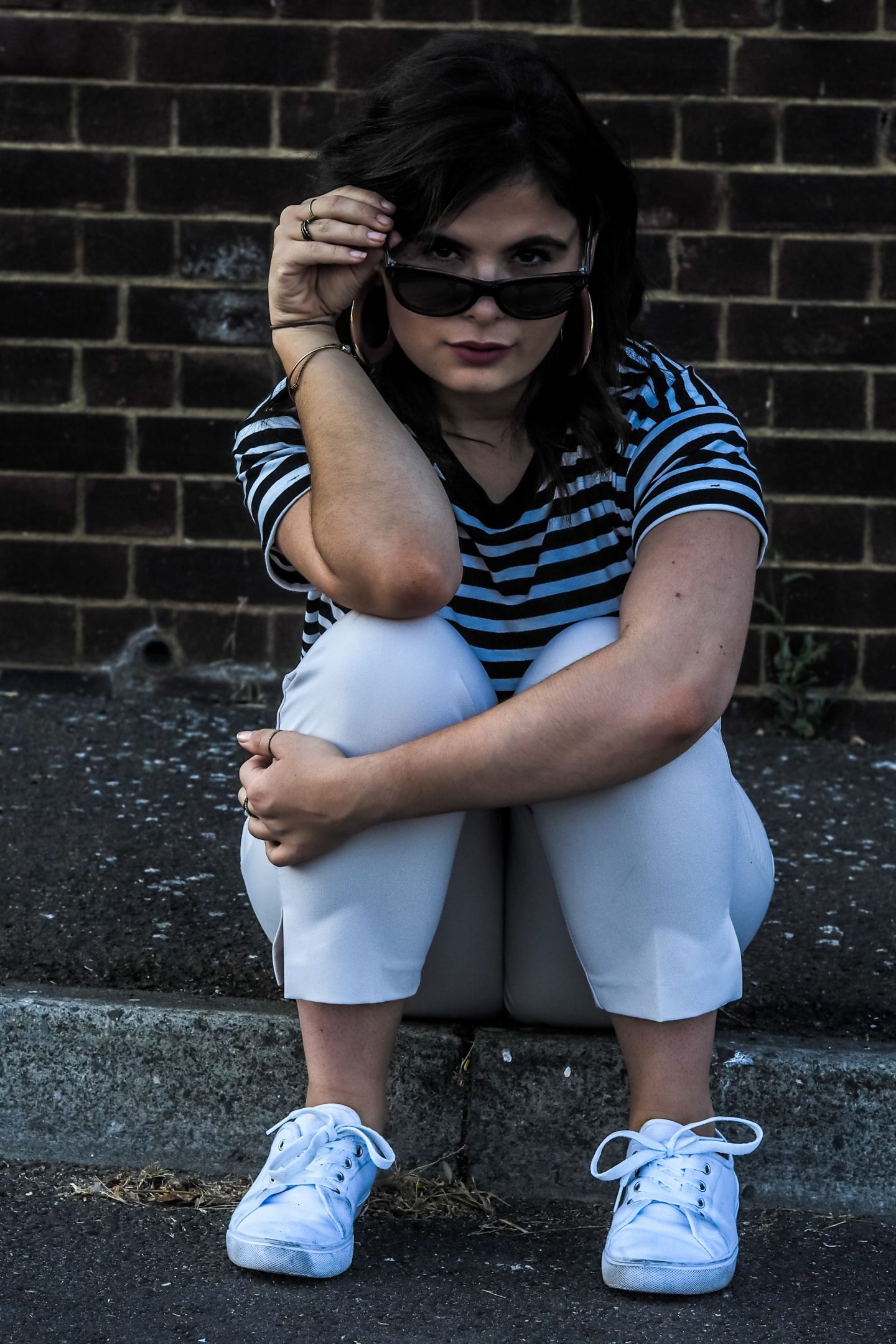 ‘I WANT CLOSURE!’ Yes, there I said it. It’s probably been on the cornerstone of my thoughts for years and have always touched upon it but never spoke to the elephant in the room. Why? Because, I’m a coward perhaps or because we’re all living in a world where it’s easier to just close the door on something, brush it under the carpet or just ignore it. Yes ignoring. We’re a generation that love’s to ignore everything and hope that by ignoring it, it’ll just go away and never resurface. So, today let’s chat about why we are a generation of ghosts.

the practice of ending a personal relationship with someone by suddenly and without explanation withdrawing from all communication.

Ghosting. It was a term that seemed to only come around when I started University because everyone was using the term in conversations; I begun to consider whether we as a, University were appearing on the next series of Most Haunted; turns out we were not, but we were discussing a new relationship phenomena. A phenomena which sees either the chap or the girl, just end their communication with their supposed other half without the explanation or just a goodbye. I see it, as the cowards way out of a situation. The way out, that involves no communication, no effort to understand if there is an issue or just question what’s going on. We think this is normal, why? I’ll tell you why love, we live in a world that is dictated by our telephones, our social media’s and the profiles. What other way are we going to tell someone we apparently have feelings for, that enough is enough, by just ending all talking means. Just not speaking, behaving like we don’t exactly exist is a better way of ending it. However, that person inside me who usually causes me to have a near on panic attack at 2am most nights, says ‘but if they told you up front something, you’d be hurt, offended and just pissed right off, so isn’t it better that you’re not being strung along and just being left to work it out?’ Nah. 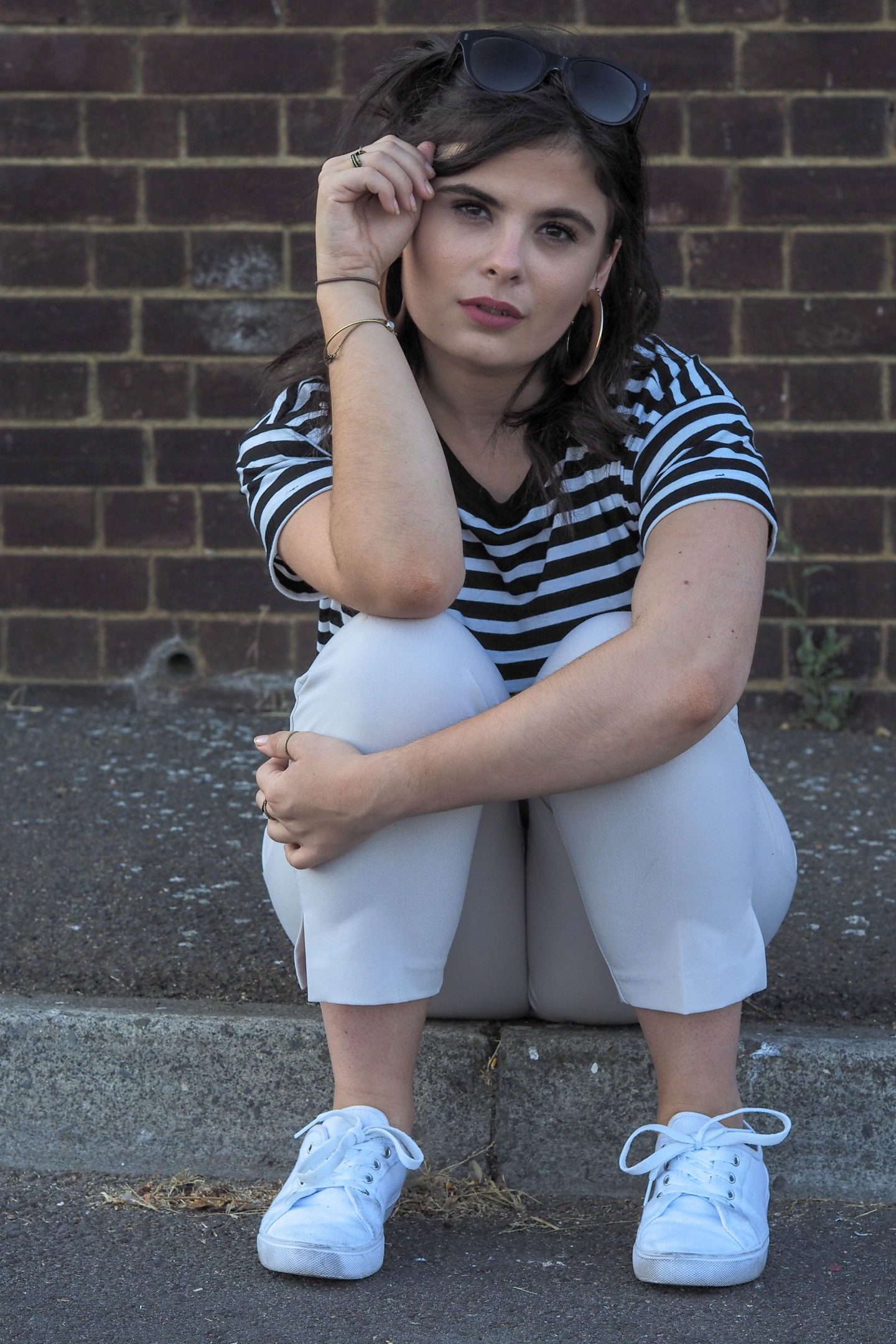 We live in a generation that, in favour of communicating how we feel whether that be- good or bad we’d rather just hide away. Think of that meme or gif that sees Homer Simpson slowly stepping back into a bush to hide from a character- this is everyday in situations we want to avoid. We live our lives as gifs. As memes. As statuses for social media. When feelings are at stake we’re offended and questioning every motive or action that led up to that action. It’s not old though, think of all the times where a guy has slid into your direct messages, rather than just keep on chatting and wasting both your time and his, you just don’t reply, is that ghosting? Are we playing the game ourselves without realising, are we  just as bad as the guys we criticise daily for?

I fear that as the new generation becomes even more sexualised, even more sex obsessed and just vanity obsessed, we’ll end up seeing this as normal behaviour. Seeing man and woman, as disposable objects- relationships becoming like fast fashion- when that person is out of fashion- we throw them in the cold and perhaps wait for that trend to come back round when we’re in our pension years- deprived of everything including our livelihoods. Always leaving without explanation; without reasoning such behaviour. My favourite action, is when you bump into the other half who has ghosted you, do you act dumb? Do you behave like you’ve just seen each other? Or are you supposed to say, ‘hey, how are you, did your phone die, did you die for years or have you stopped seeing other girls?’ Or worse, if you bump into them with another girl, do you blurt out “oh hey, you must be the girl he didn’t ghost?” With the awkward, lol and just move on slowly to the bar- consuming any available spirit. Of course, this action, works only if you’re in evening and party zones. Otherwise, it’s run away and hope you’ve not embarrassed yourself by being too badass to handle for your own good. Strange, because all would be adequate if the time came where you needed a one line, if you want them, take them.  I’m actually wanting one of those situations so I can use of those smashing one liners. One day…*Prays for a badass Ev moment*.

In the old days, however, if someone was ignoring you, would you know? Probably not, why? Because the darn read receipt would not be on; thus 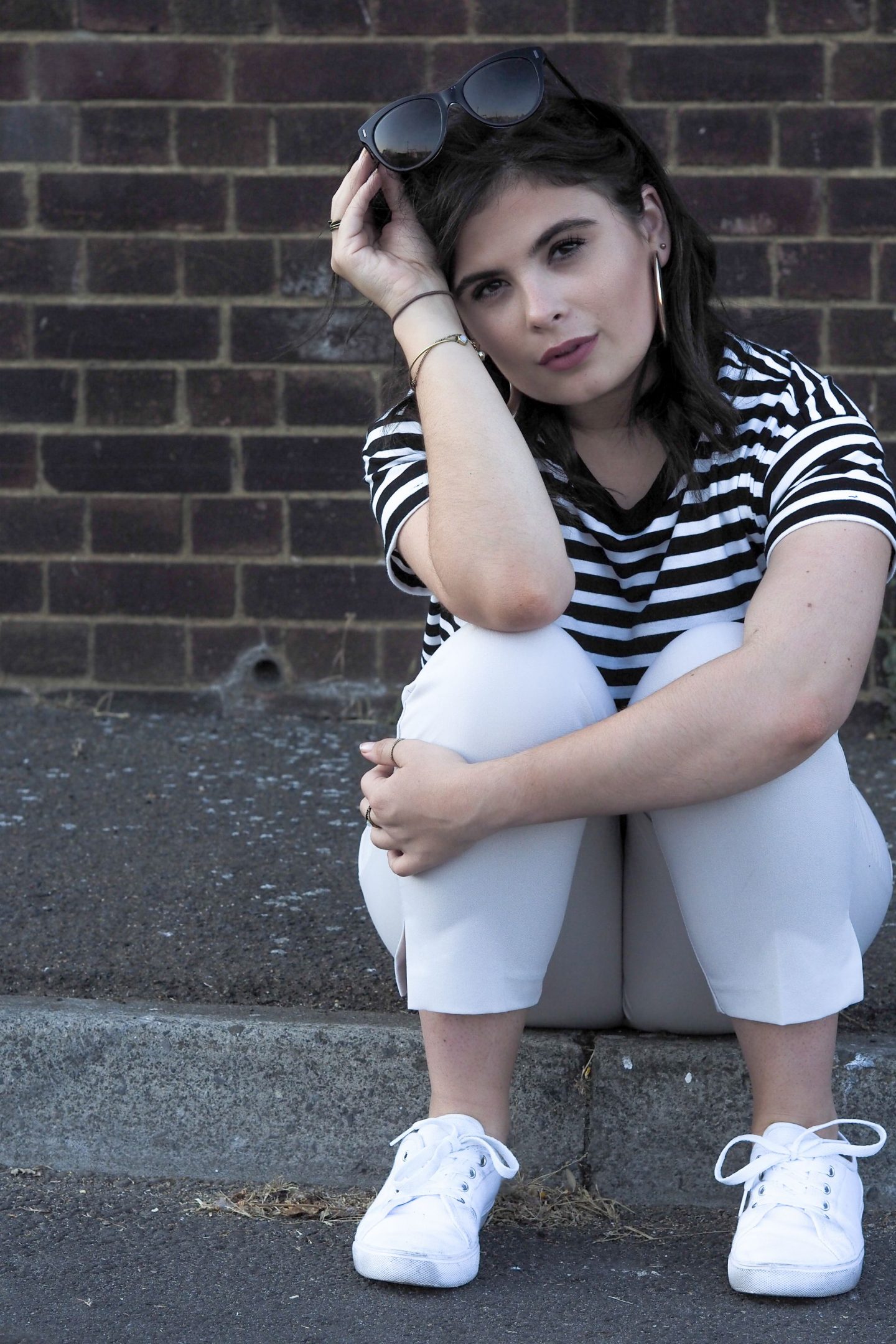 you’d gather after 4 days they were ignoring you and their phone hadn’t died and they’d not lost their charger, sadly. With the rise of apps like Snapchat and especially their story feature- ghosting a person seems to be more offensive. Without these apps, you’d accept your Bridget Jones status and accept that you’d be doomed to be single forever but with these apps you question everything. I’ll paint the situ and I’ll ask you to leave you thoughts. You upload a story, and all the guys you’ve ever had any chats with whether flirty or just purely friend zone lurk on those apps. Each of those guys, has ghosted you, let’s remember why we’re here people! Lurking; they ignore everything you send them directly, but the second you upload a story, they’ll be the first to watch it. It plays on your mind, you wonder whether it was you, your personality and yourself that they didn’t like because your image still floats their boat if they’re the first to watch. Prior to apps like these, we had no idea if they took a shine to you even with months passing, but now with stories, the guys that ghosted you are your biggest fans. But, if we’d had closure in the beginning, maybe we’d not be in this mess? We’d know that it wasn’t meant to be, but instead we’ve had to tell ourselves this over and over again.

Ghosting. It’s a been a concept we’ve had for decades but up until now have only started to take an offence to it- we suddenly question everything we’ve ever said, done or taken snaps of when they remove us from their circle of chit chat. I’d like to say the following, to those who have ghosted me in the last 4 years, the guy who did it this week with the removal of me as a friend on snapchat, the ***head. Or just the guys that choose to do it, next month, or maybe next year- just be warned. I’ll find you, I’ll hunt you down and we won’t be friends. We won’t be pals. You’re now my writing bait and most of all, my motivation to be better and more brilliant. So ladies and, gents,  for that matter, don’t be beaten down if a guy/girl suddenly stops replying to your snaps, don’t get beaten down if he stops liking your pics or stops following you on Insta or just simply stops replying to a text- move on. I say this, like it’s so easy, it isn’t but by wasting time on the past you don’t live in the present. Yo is sassier, better and much better off without a guy who thinks ending a ‘relationship’ is by just not talking to the person. That guy is a coward, chances are, he’d be rubbish in a proper relationship, if he couldn’t communicate that part too!

“oh hey, you must be the girl he didn’t ghost?