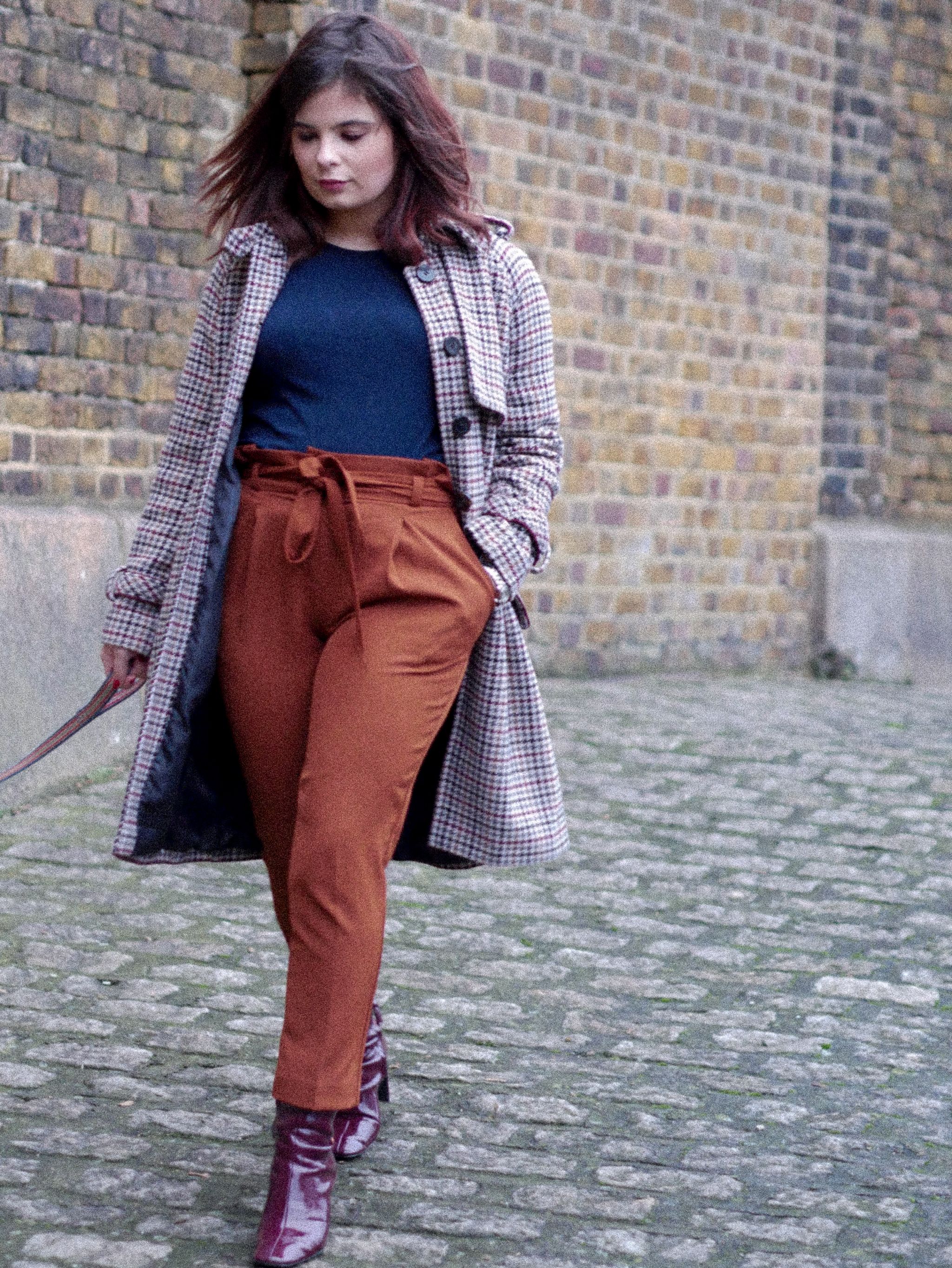 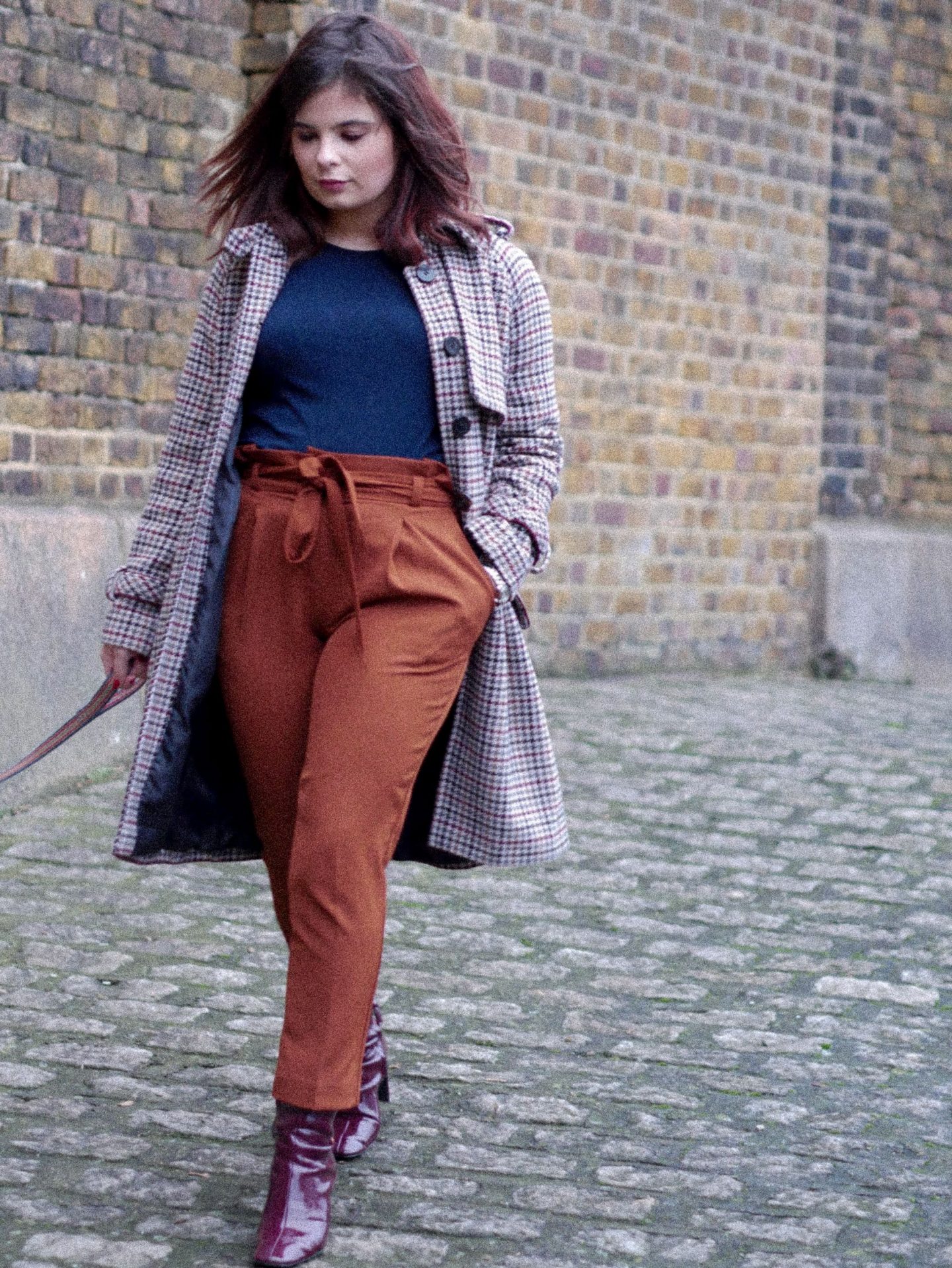 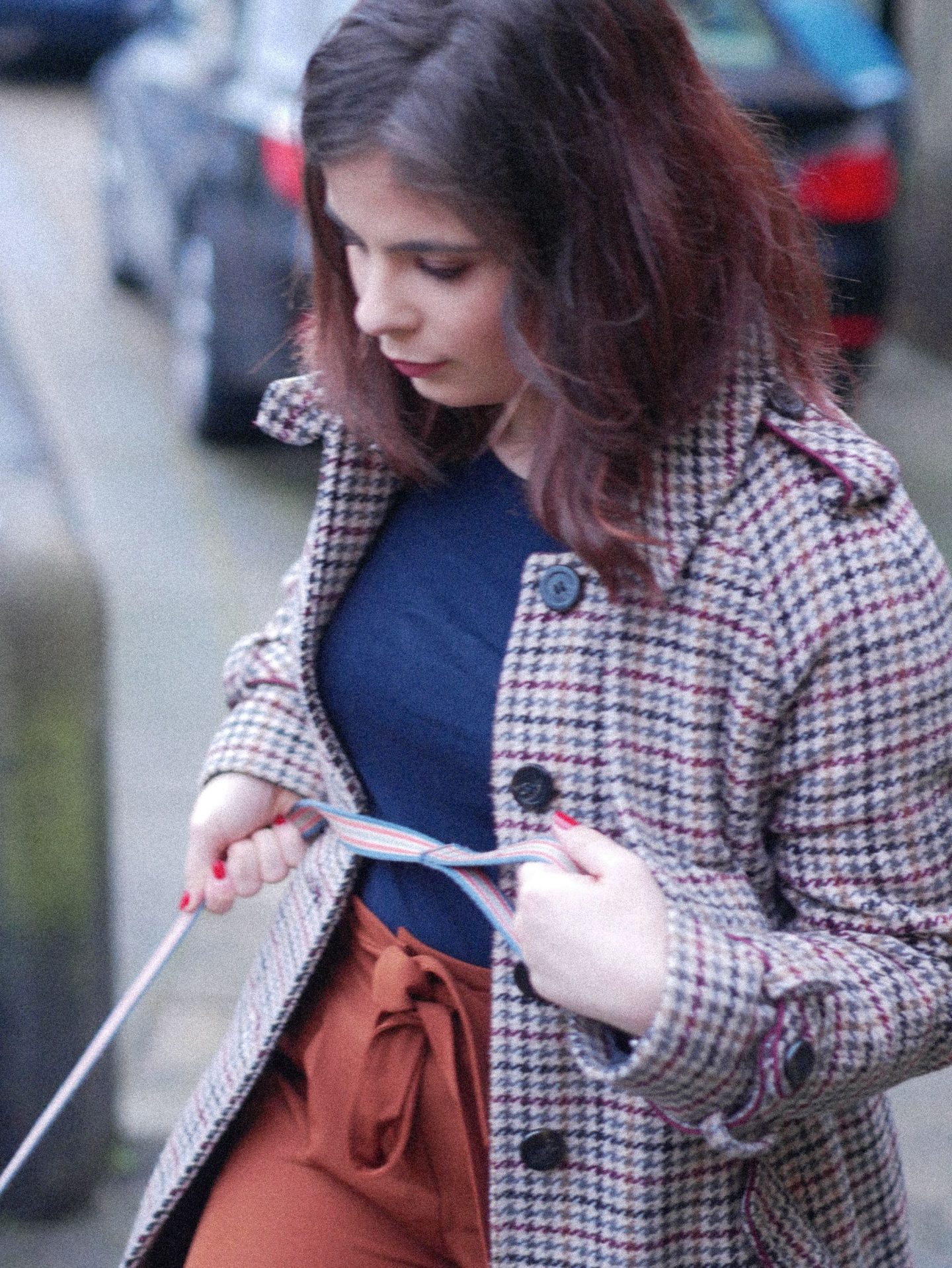 I’m not going to make out that this year has been the worst or even the lowest because that isn’t authentic neither is it true. This year has come with it some real highs but it has also come with it some real lows. January, should always be the month that stands out for me every year because it’s my birth month yet this January was shite. Sorry for that foul language but needs must. January, was the month that my health both mentally and physically just seemed to crumble. Again. I hoped that being a new year, new month that all the troubles I’d had with the ME/nerve damage were all but gone, I was mistaken. In fact, this mentality took me into the year wanting to do much- wanting me to return to full time commuting life as well as going out every weekend and living the dream. The dream being what our social media’s tell us is the dream- going out taking outfit pictures in our living room’s and drinking way too much gin. Whereas, the reality of this was far from the truth. I was in fact low as Flo Rida’s apple bottom jeans. I tried to put on for ‘bubbly and sassy Ev’ for social media to sort of mask the reality. Reality, was that I was crying at the drop of a hat, anything making me cry and anyone making any comment making me cry. I was an emotional wreck, neither was it hormonal. I was then feeling low in general- suggesting that when I was diagnosed with ME- it would have been easier to have been diagnosed with a terminal illness since it would mean there would be a way out than living in the catch 22 cycle of ME. Do too much, pay the consequences. I also collapsed on a train home form my job at the time in London as a result of stress, anxiety but also pure exhaustion. It was this, 2 days before my birthday that I realised that I was not Ev. I was not the person I wanted to tell the world I was. I was vulnerable, emotional and simply not Ev. I went to the doctor who diagnosed it as depression along with the Chronic Fatigue Syndrome. Now, I’ll be honest- when you tell people you have ME they automatically assume that you’re depressed. No. Depression will often occur once the ME diagnosis has been given. I was prescribed anti-depressants and a course of CBT. CBT being an absolute God Send. I’d highly advise this treatment to anyone who is going through problems with their mental health. I also had to completely change my life. The change starting with my work. Work, became the trigger both for relapses with my physical health and mental health. With this, I handed my notice in and started a new role closer to home. For me, I needed to work closer to home just to manage the recovery better. It was at this time, that I also begun to learn who my real true friends were. As hard as this is, when you’re at your lowest, weakest and worst you’ll learn who has your back, who supports you and just wants to give you the love you deserve at the time. It’s about understanding that it’s about quality over quantity. You might be able to claim to have 100 friends but out of the 100 has your back, can support you and wants to look out for you both mentally and physically. Whether you’ll accept it or not, this is the hardest part and something I’ve appreciated learning this year. Cut the crap out, like the fat on the pork chop you don’t fancy eating. Like anything, it’s important to learn from the low points of your life and think that without them the highs that did happen would not have been as significant as they were as a result of what you went through at the start of the year. How did the ride go up the hill? 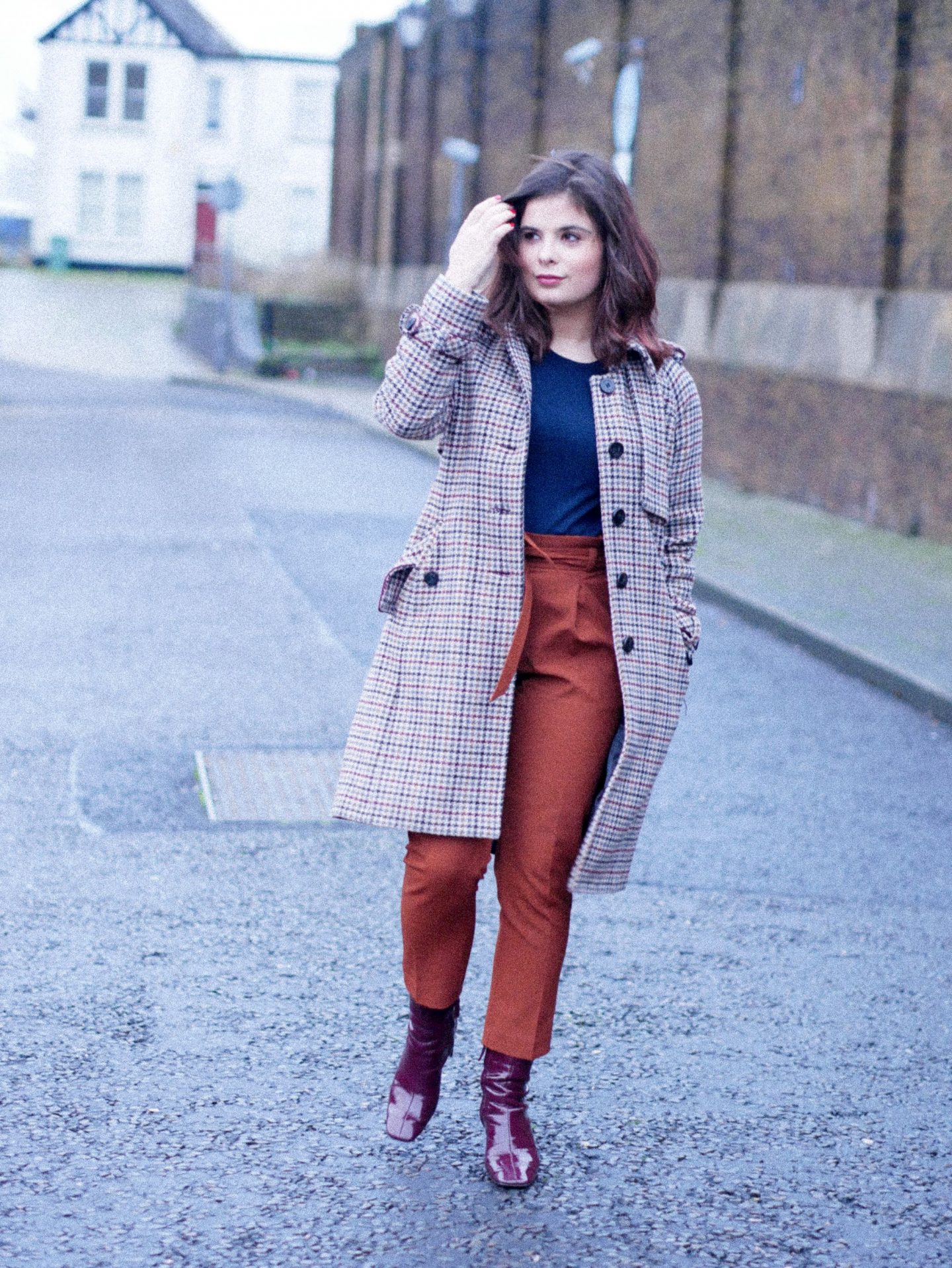 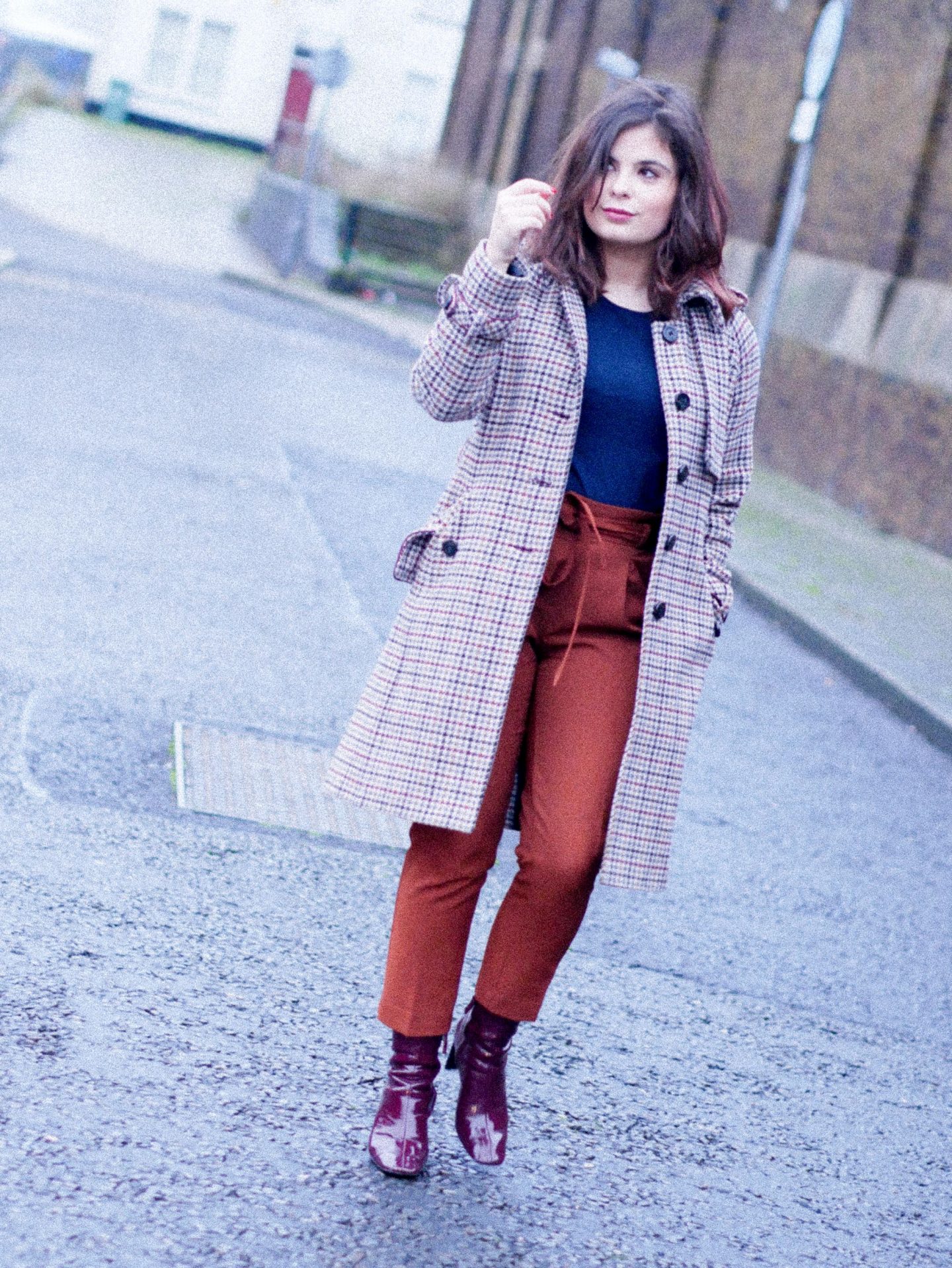 If you scrolled through my 2018 social media, you’d assume that my life was full of highs and everything went swimmingly. To the point, that I must live that dream we think exists. I’ve had some real highs this year that have really impacted my life. First things first, I attended London Fashion Week. This was one of those surreal moments that from a young age I wanted to be able to say I’d do. As someone who follows fashion, trends and celebrity culture- fashion week; here, New York, Paris and Milan are just the high points. The whose who of fashion attends these events and it’s awfully exciting. For me, when I got to attend this, I was made up really chuffed. Although cynical readers, viewers pointed out that it wasn’t Chanel, Dolce or Versace. No, but you start small and work your way up. I attended this in February and then in September, two occasions that really were ace. I then, became award winning with The Cornerstone for Thoughts. Again, yes not award winning with awards like the blog type BAFTA’s but still an achievement nonetheless. The words, ‘award winning’ being significant. The next highlight, and one that sunk in this when I went through my Instagram feed; I was one of the faces of the Revlon: Colour stay Eyeliner campaign. Revlon, are and have been one of my favourite beauty brands forever, since I could buy make up I’d buy theirs so when the time came and the opportunity arose for me to star in their campaign I was delighted. It, again was one of those surreal moments of getting to do something that I thought would never happen. I was on a set for a photoshoot along with real make-up artists, photographers and a brand. HOLY COW. The finished result was also something I was just blown away with because I felt like a superstar. It was just crazy. One that is up there for being a highlight. In the same month, I also became published and a magazine columnist. It was crazy. I’d written in February, a blog post called ‘An Open Letter to ME’ which was something I wrote as therapy as well as raising awareness. It was one that was written with a gut full of emotion and something I needed to write to get lots off my chest. It was then picked up by the ME Association, who are the leading charity for the illness. These guys shared it across the social channels making it one of my leading articles I’ve ever written but this was not it. NO. I was then contacted by the charity’s magazine, ME Essential and their editor who wanted to publish the article in the magazine as well as make me the cover girl for the month. YAS. Two things that still remain as my biggest achievement to date.

Along with now becoming the magazine columnist for the magazine which is just a crazy thing especially since only in February of this year, I was asked what my dream job would be and I said: ‘either be head of Richard Hammonds PR, manage a political party bid for office or write a magazine column’. At least one of them happened. The year of 2018 was also the year I had my debut novel, I’m not Ready published. A, book that was never to be published, or released or shared became my best thing to come out of this roller-coaster of a year. The novel, was something I wrote whilst in bed unable to walk and do anything properly without a nap in between during the initial diagnosis periods. I then, got a little carried away and managed to make a tale that would supposedly only be 200 words into something of 65,000 words and something that people would read. I’ve been blown away by the tonnes of people who have picked up the book, read the book, shared the book but most importantly shared positive and great feedback to me. I was nervous when it came to publication day but it has been a truly amazing experience. Lots of you, have questioned me whether there is a sequel but that would be telling and also something I need to really consider as I need to know there would be a place for a sequel and how many of you would read Elda’s next adventure. 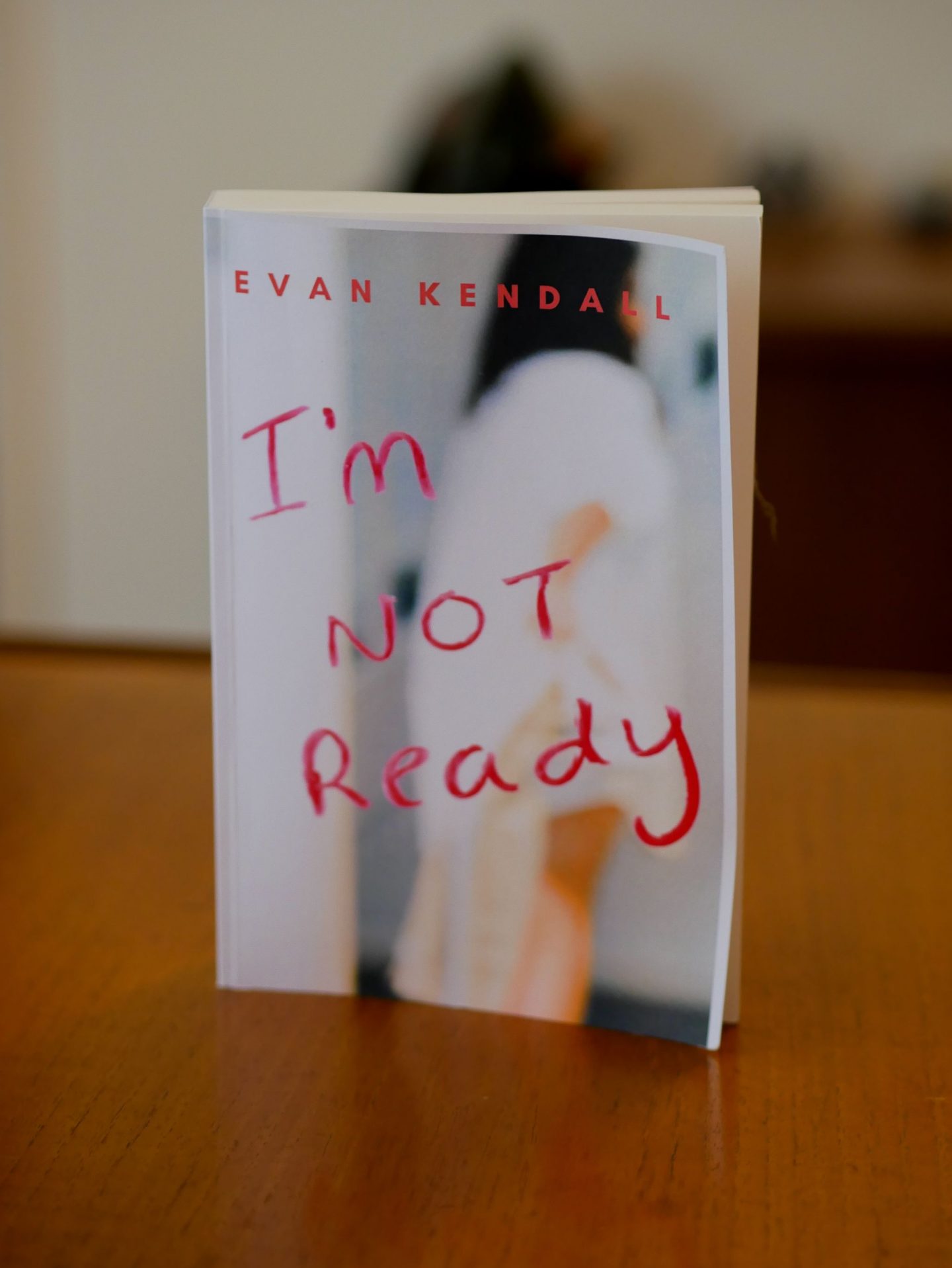 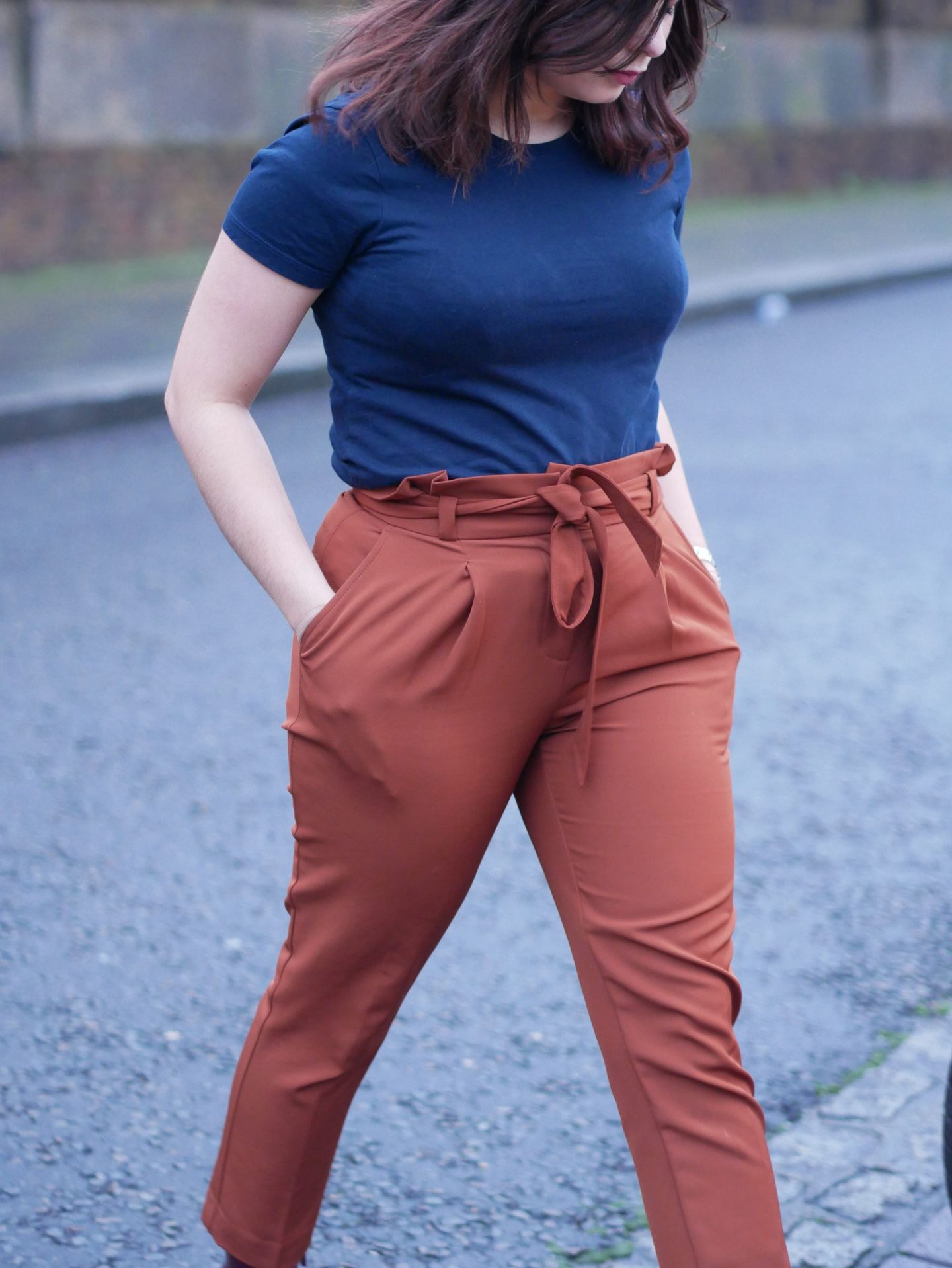 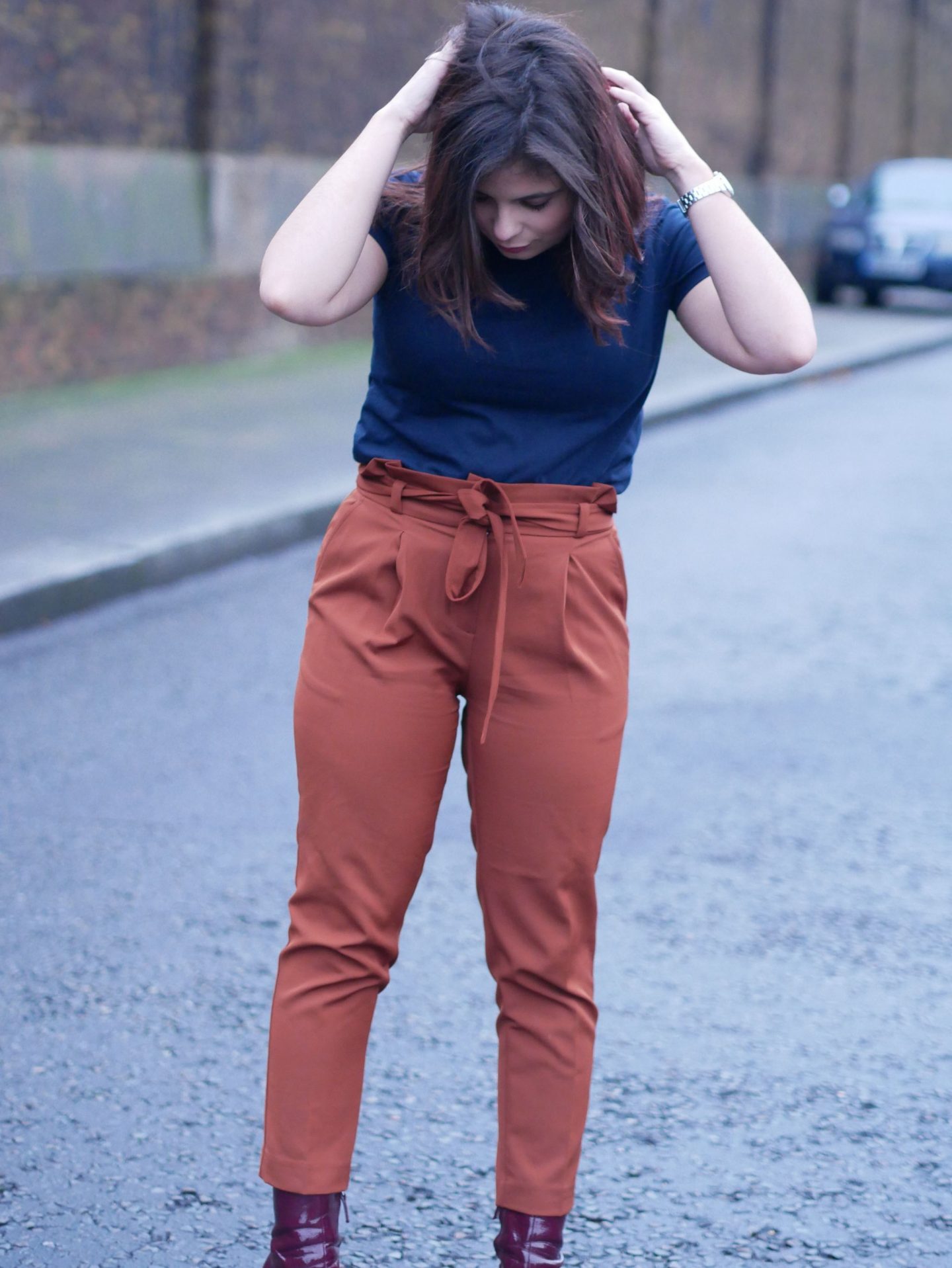 Aside from the opportunities that I’ve been provided with this year, I also bought a car and went on a nice holiday. The car being something, that has become a bit of a magnetic for guys. I know, what a bonus. However, what it brings are car bores. The sort of bores that assume that because I’ve got a sports car I am somewhat interested in cars. Erm hun. I got the car because Richard Hammond once drove an Abarth on Top Gear. Season 16, episode 2! And yes, when the sales person asked me why I wanted that model that is exactly what I said. I travelled back to Dubai and visited Abu Dhabi. Both of which are just my favourite places, I just love Dubai. Take me back plz.

So 2018. When writing about it, it doesn’t seem that bad does it? In actual fact, it probably felt really low and sour because the start of the year went so tits up but I am determined to not dwell and let that ruin my 2018. I need to use this as a stepping stone and ensure that this does not prevent or dampen my spirits to start the new year. See the start of the new year as a year for opportunity, new experiences and hopefully finding a fella. Yes, I said it. New Year, New Me and New Man. So she says, but gets bored or freaked out by anyone who doesn’t look like Richard Hammond, Tom Hiddleston or Jude Law in The Holiday. 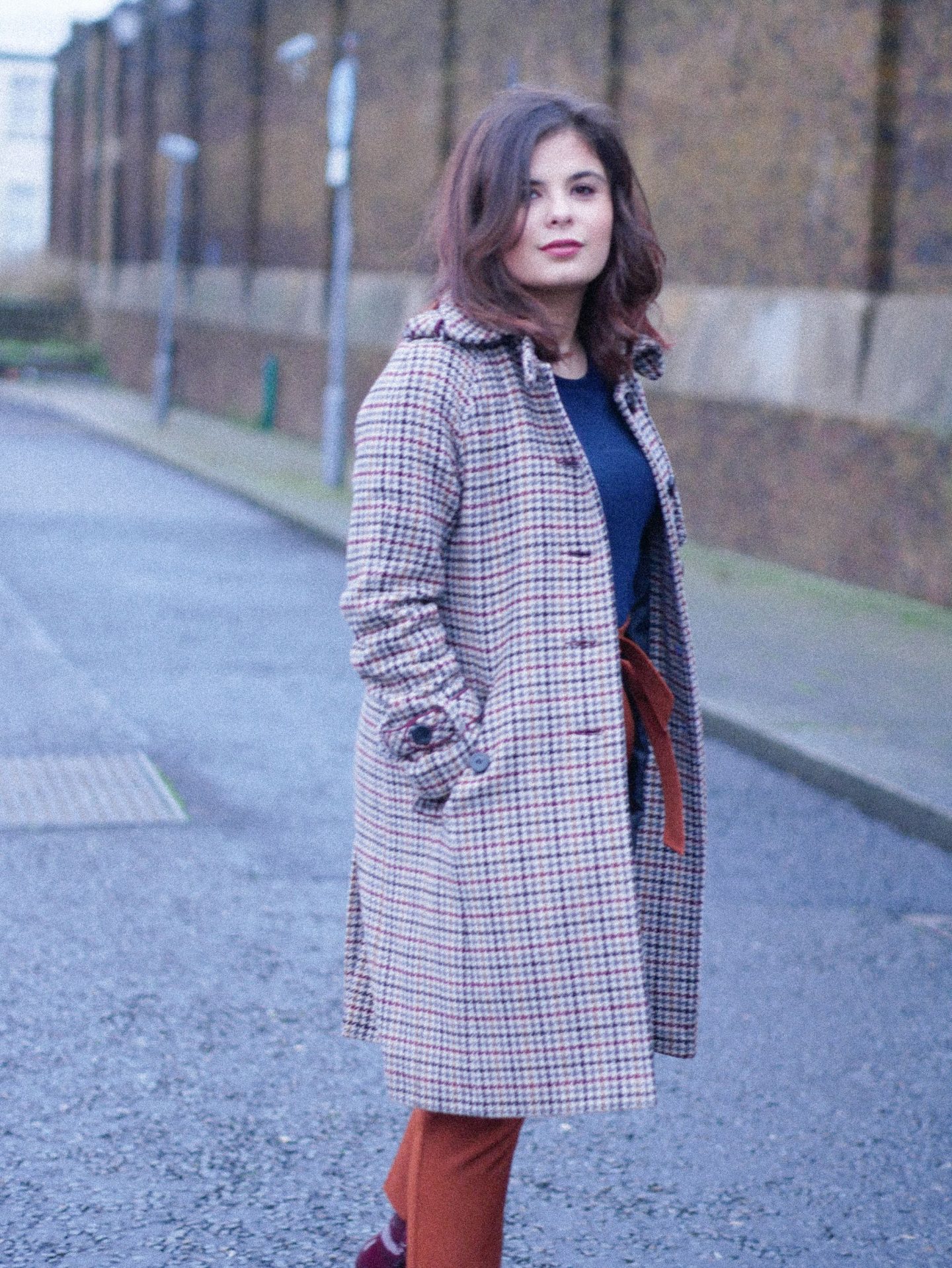