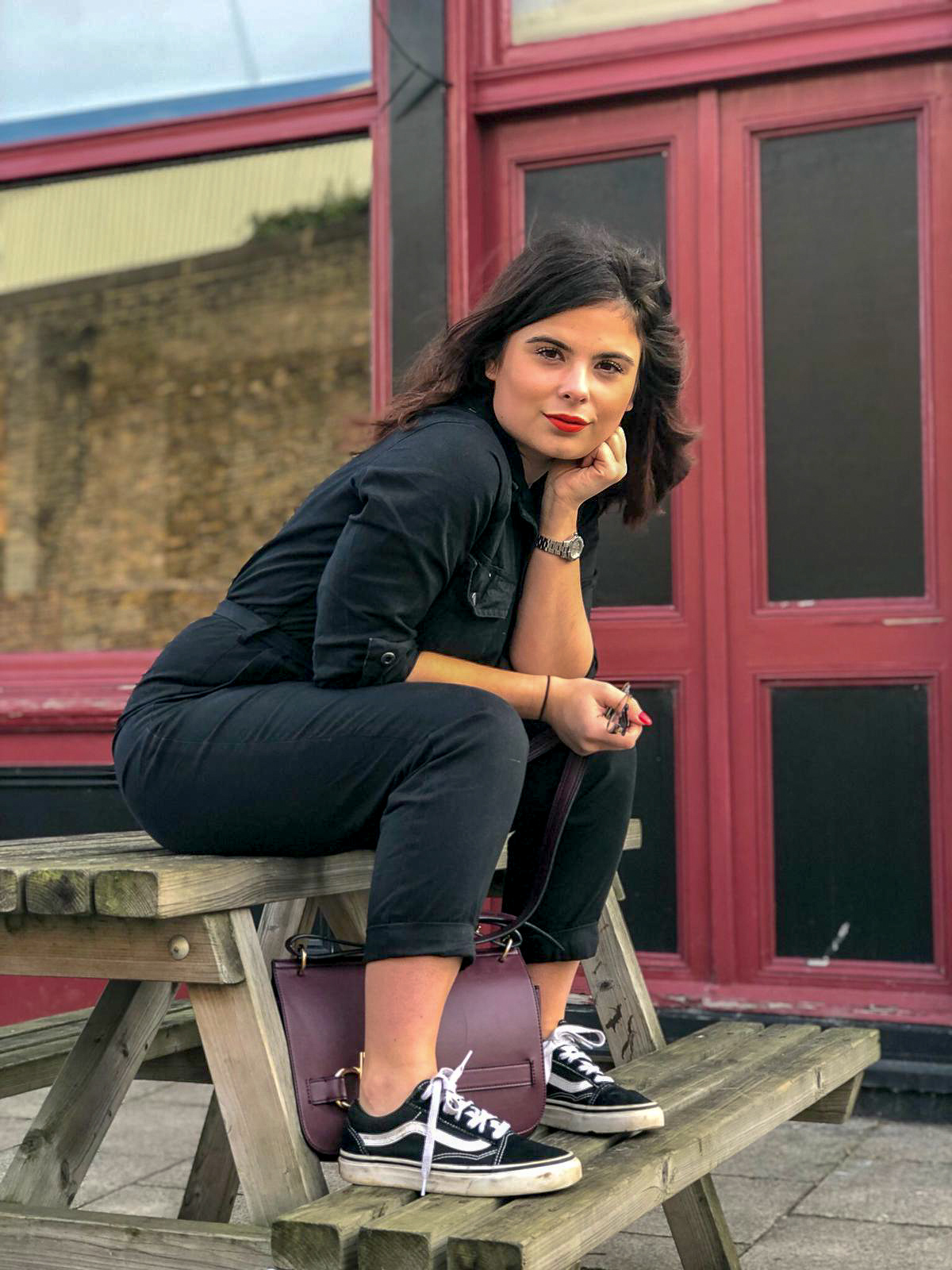 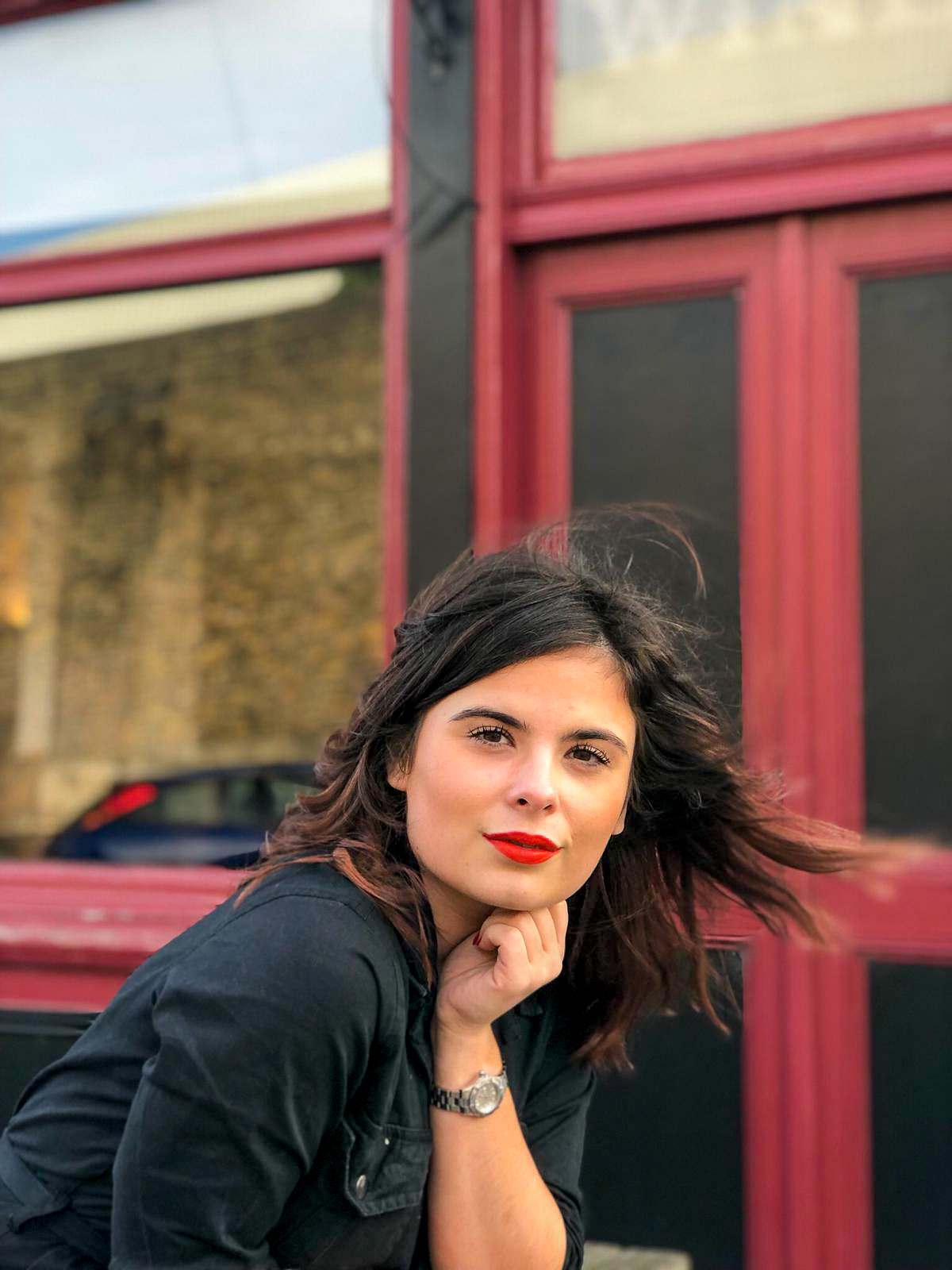 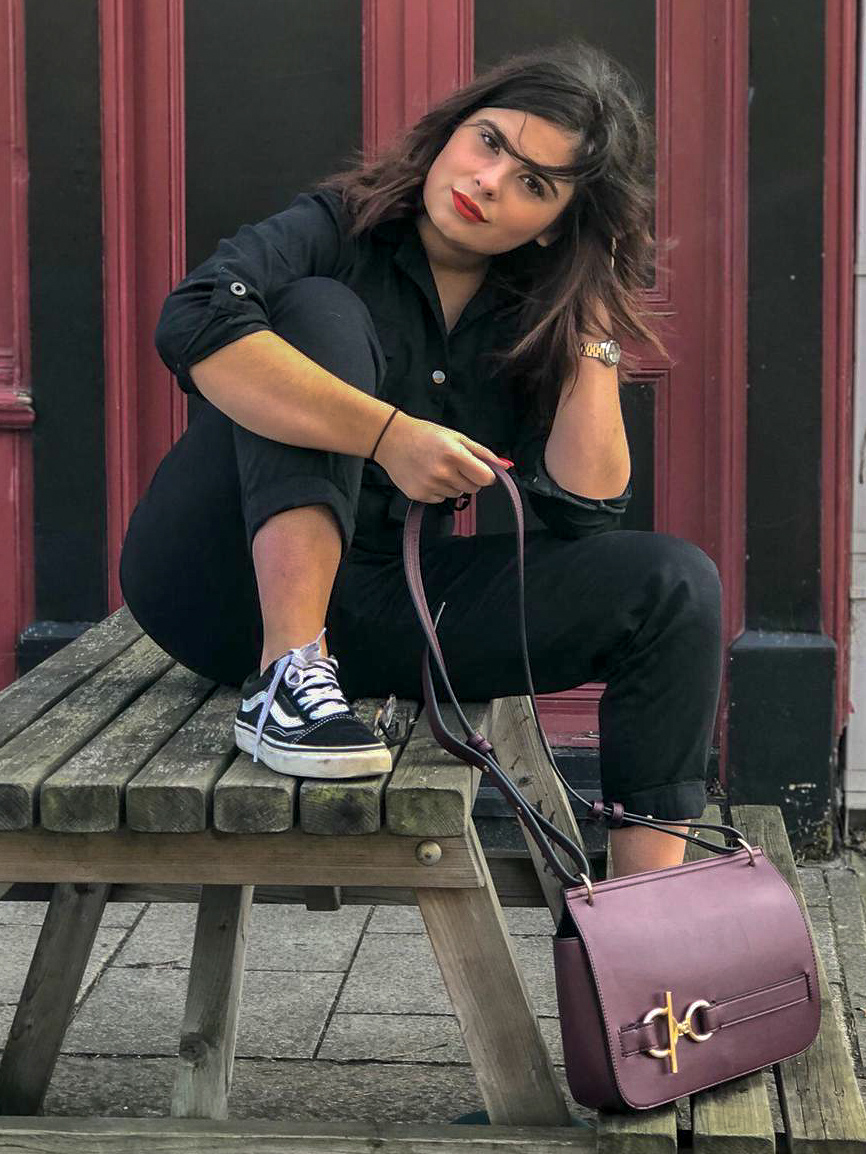 The discomfort zone. The sentence, title and line that up till last September-ish time, I’d never heard of. Until, I listened to Farah Storr, the Editor in Chief of Cosmo on the Emma Guns podcast talk about it. She spoke on it so powerfully that it motivated me to the point that I begun to consider my own discomfort zone. I wanted to see how these moments of discomfort can actually shape and help to develop us without us not seeing them as moments of growth in the first place. I should also add, that the words Storr speaks from are taken from her debut novel The Discomfort Zone. Well worth the purchase if you ask me.

I’m definitely the sort of gal who is a creature of comfort and when I say that, I’m not implying that I’m a hermit or enjoy being at home every night but I do like being in my comfort zone. I enjoy going to the same place, going on the same routes and being around the same people because I feel content and as though everything will be ok. I’ve been told that this idea of being in similar surroundings is a way that the mind can relax and not fear impending doom. In new situations or preparing to be in these new surroundings, puts our anxious brains into overdrive. However, over the course of the month of February, I conquered this whole ‘discomfort zone‘ and wanted to show you how and why although it caused sleepless nights, worry and a shit load of nerves it was one of the best forms of character building I’d done. Better than kissing a date on the nose if you ask me.

When I was informed that my job would involve regular travel both internationally and across the UK, I was excited but also very nervous since it would mean conquering some of my fears in coming out of my comfort zone. Who needs a Pride of Britain when you go and conquer that. I would firstly have to travel to Belgium solo. Solo. On my own, no company which was again exciting initially but then the demon of anxiety creeps in and tells you all of the risks that you might not have ever thought of until they put them into your brain. The anxious part of you tells you; the train might crash, the car might break down, Ted Bundy’s ghost my murder you in your sleep, you might get out there and it be a set up. All these moments of worry. What ifs. The devil if you ask me. Satan doesn’t wear red, he is walking around suggesting the What Ifs. I wanted to tell you those activities i’ve done that in the long term have been big milestones and will be helping me to come out of the comfort zone that to me is filed with 30mph residential roads, Kylie Minogue playlists and familiar boxsets.

Since passing my driving test on the 6th try with the same driving examiner who had failed me twice previously, I feel that driving has always been my area that sometimes stops me. I know i was a bad learner, since my instructor retired shortly after I passed. I love driving, I’ve got a Fiat 500 that has a rocket it up it’s arse and enjoy looking like a boy racer when in reality i’m more like your granny on the roads. I bought it only on the basis that Richard Hammond drove one, and I told the garage, the breakdown people and potential crushes on this inspo. But having said this, when faced with driving somewhere new, it freaks me out for weeks before; to the point I don’t sleep in the build up. For this drive, I needed to drive to Birmingham but in a car twice the size of my bubble car.  So two, totally new and terrifying situations. I needed to prove myself and to the people around me at work and at home that I don’t just drive up and down the stretch of the M2 in Kent. For reference, the M2 is a delightful stretch of road. I set off at 2pm, set Google Maps to the hotel and surprisingly I did not end up in Manchester, Oxford or Slough and ended up in the Brumy land. Go Figure. I was shit scared the entire way, and my rectum opened like a set of theatre curtains with the nerves but I did it. Admit-tingly, I didn’t sleep for 2 weeks prior due to nerves but i did, both the actual drive and the drive in a different car. Even reverse parked it. Call me Stirling flipping Moss. I know, that if I had said NO, I’ll get the train that yes it would have kept my nerves at bay and i would have slept for the duration of February but not doing something ends up stewing away in your head because you’re not conquering the unknown. The unknown is scary, its the unknown for crying out loud but you know what’s more scary, the 5 lane roundabouts that Birmingham call fun. Not fun, but if you don’t conquer them and actually do them you’ll never know what you’re fully capable of doing. Anyway, I’m adding the m40 with the M2 as two lovely stretches of road and no, I’ve not just morphed into Alan Partridge. Lessons learnt however; always stop off if you fancy a drink rather than sitting through an hour of traffic delays and always bring wine gums for chewing.

I touched base on this in my last post about the feeling of loneliness and had some great feedback which made my writing of it, even more rewarding. However, what I never elaborated on was the achievement that was travelling to a new, different country on my own without a pal, colleague or relative. To some, this sounds nothing, but to me it was a milestone as I’d never done anything of the sort, the furthest I’d travelled solo, was Sidcup and even that was with a co-worker so not really on my own. Or maybe, travelling up to Putney was that solo? Oh no, let’s not discuss that on the internet, that was with company and again out of the ol’ comfort zone. Oh hey, mind waffle!! But, back to Belgium. Belgium for me was a real milestone and one that went straight into the memory side of my bullet journal. It was something that a few years ago, I’d never have agreed to do out of the sheer nerves of it. Now, however, get me on the Euro star, travel me in business class and let me write away. Bliss. For me, being in a different country where yes they spoke English, was a challenge since most daytimes, evening times and oh yes, breakfast times were me, myself and I. Quite lonely but nevertheless I powered on through. I’m not after a medal, an OBE or that Pride of Britain but what I’m trying to put across to you is, that we all face being in the discomfort zone at some point whether professionally or personally and without these periods, we are always unaware of how fierce we can be in these areas. The strangest thing I learnt was that, I’m fiercer and calmer in situations that are out of comfort zone than sometimes the ones in my area of comfort. CRAZY! For me, I’ve always been confident but never did I think, i’d get in three cars driven by future colleagues who at this point I’d never met before and secondly be taken into Belgium by a driver who I didn’t even know or could stalk on Facebook beforehand. The shock.

I’m not saying, from now i want to be always in new surroundings with new people and be driving on roads I’ve never driven on because if this is the case, I wont sleep for months on end. However what I do want to do is try and live on the edge rather than 6 metres away from it. I want to be not fearing the discomfort zone like I currently do. I want to be positioned into it, and thrive, strive and whatever else you can do in new situations. Since, i’ve noticed that when in these situations for some bizarre reason, I seem to feel accomplished and i feel that it challenges my anxiety and challenges me to constantly aim to do better than the last time. Who needs motivational Monday when you can motivational March?? 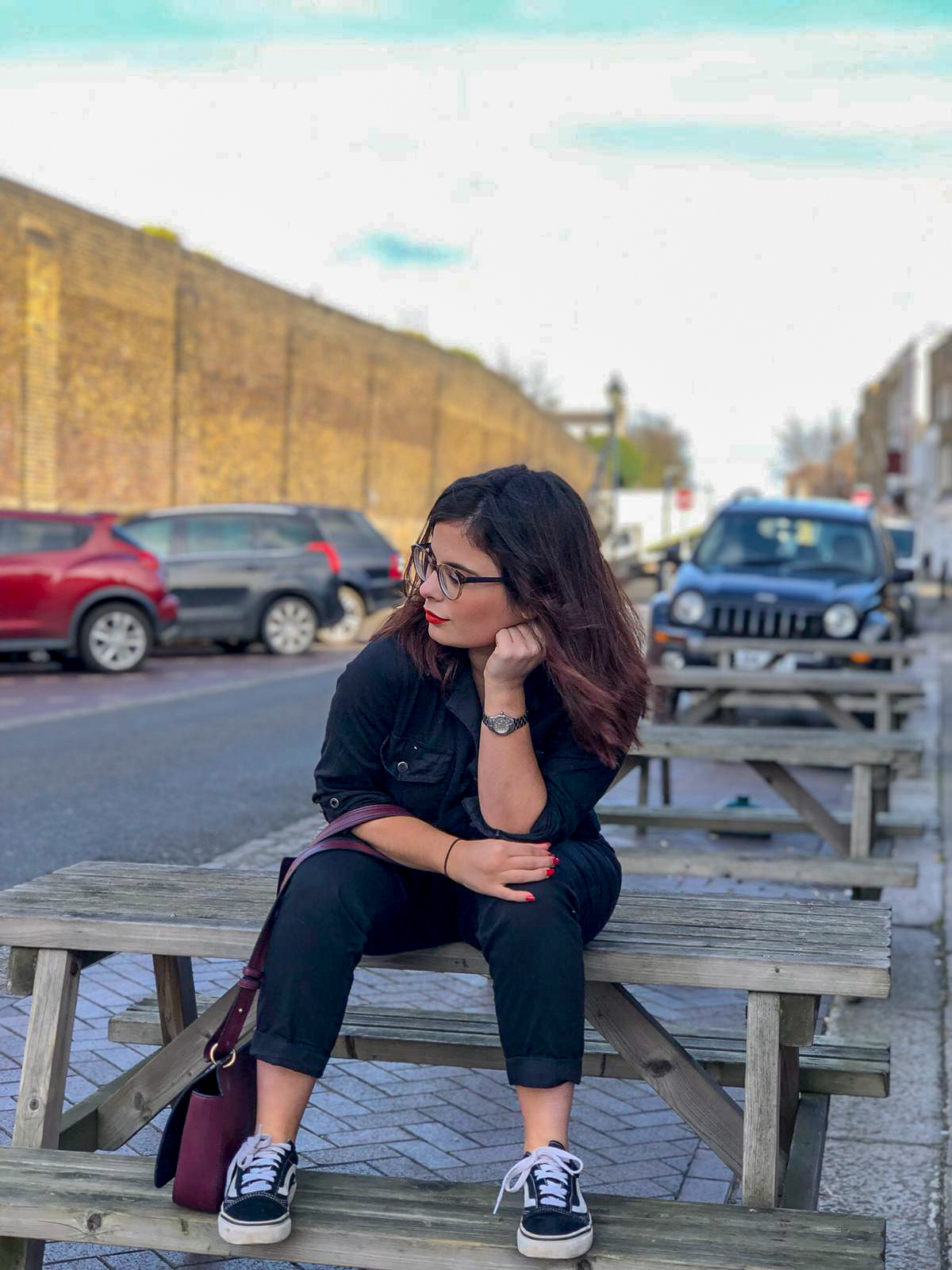 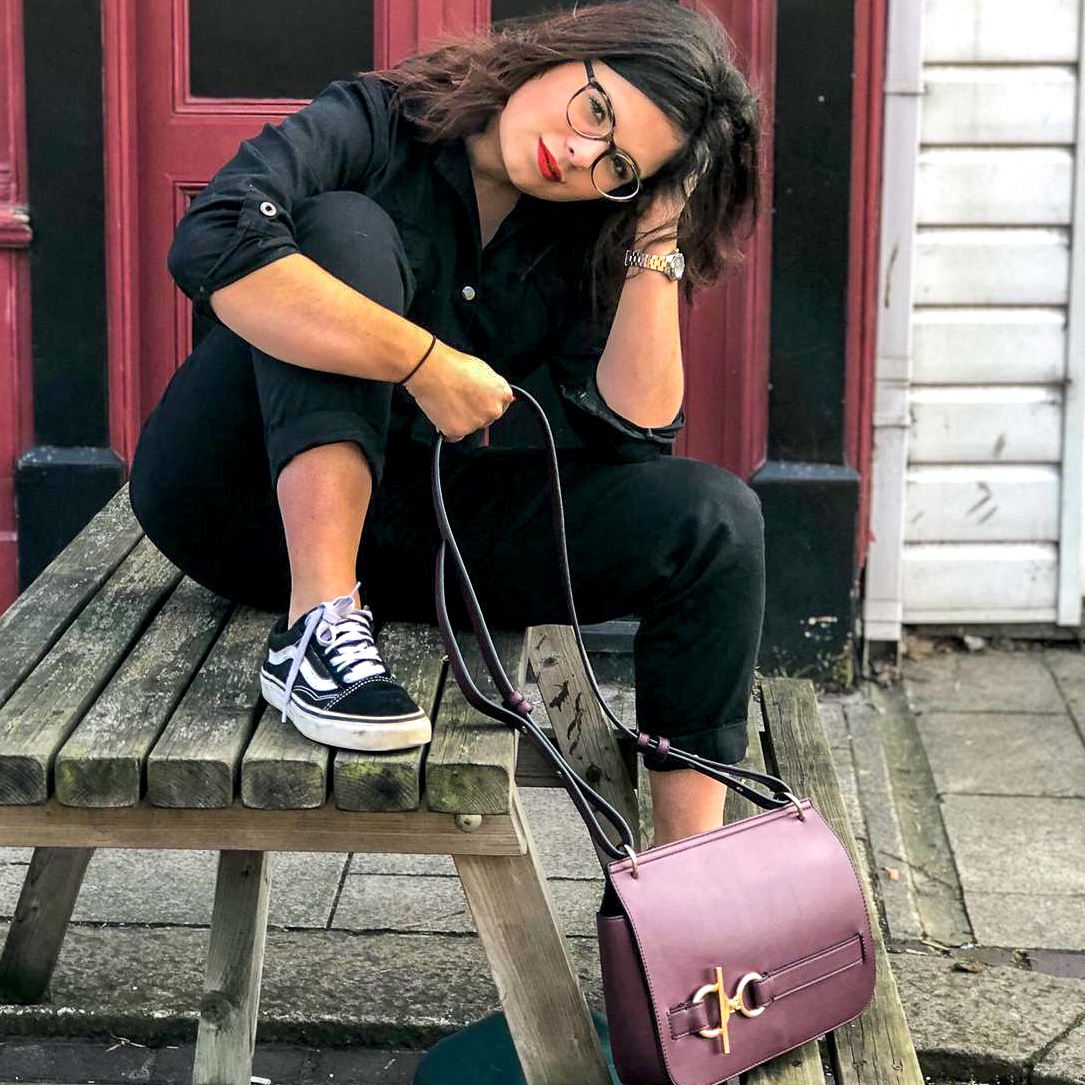