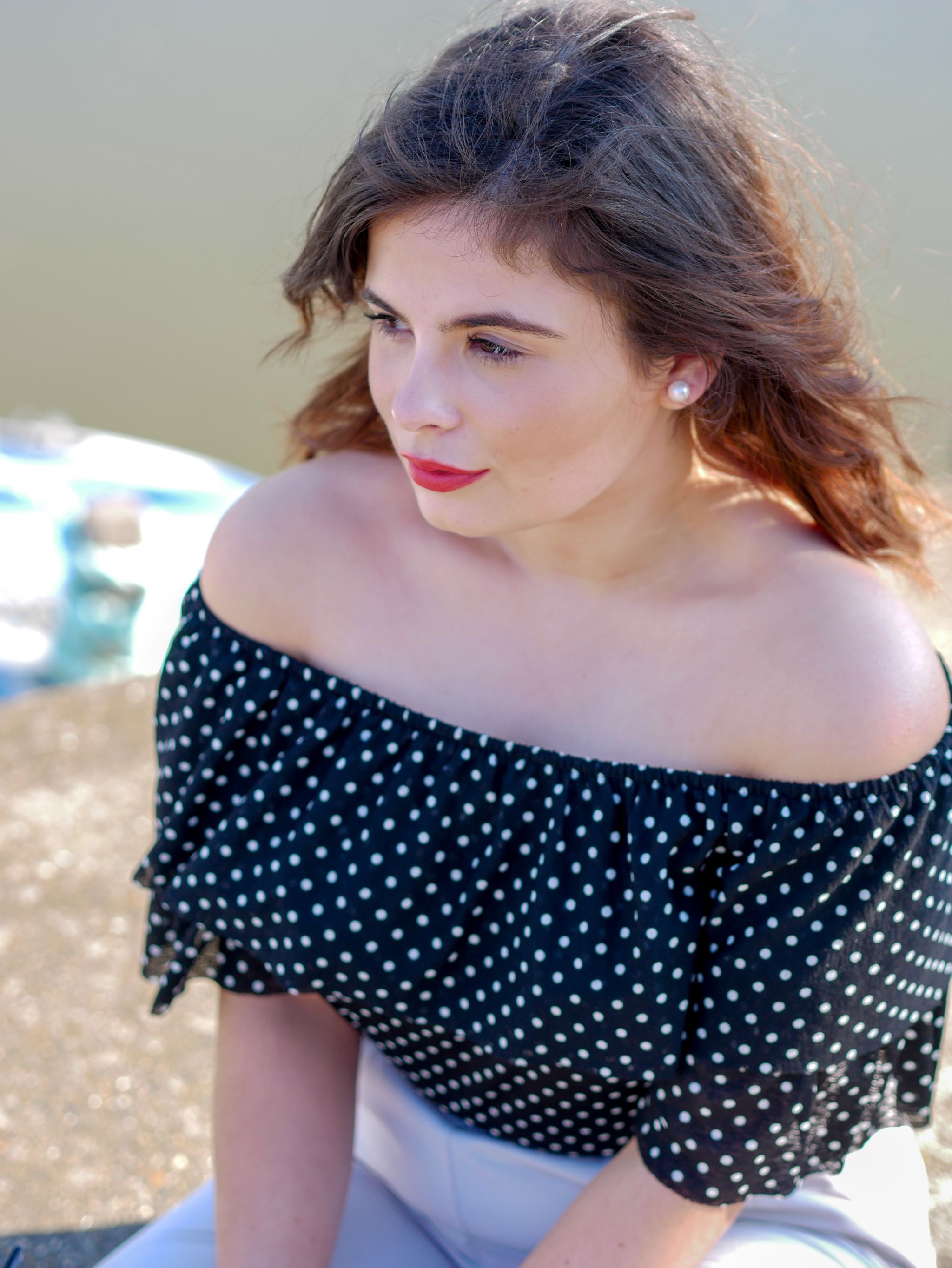 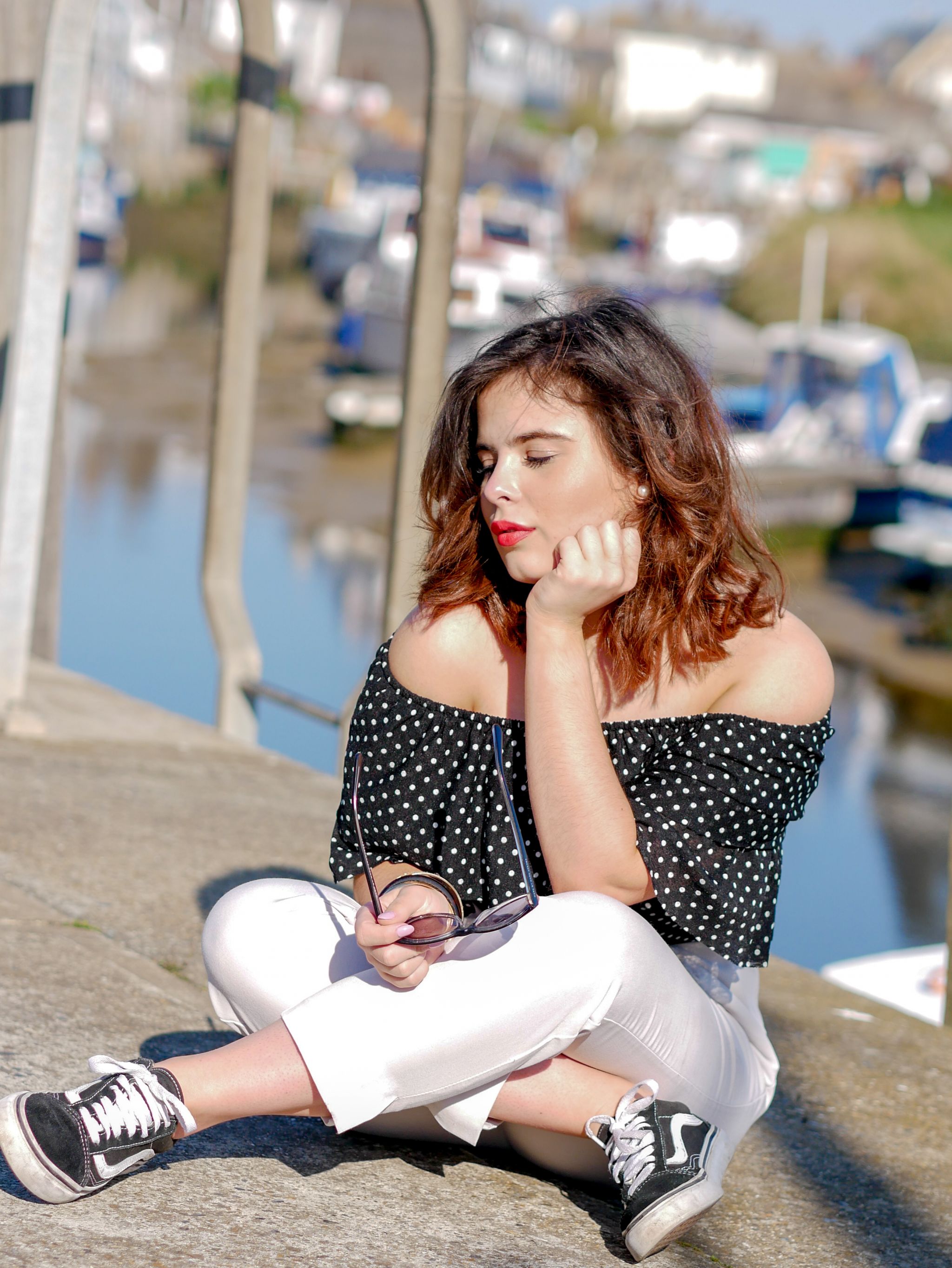 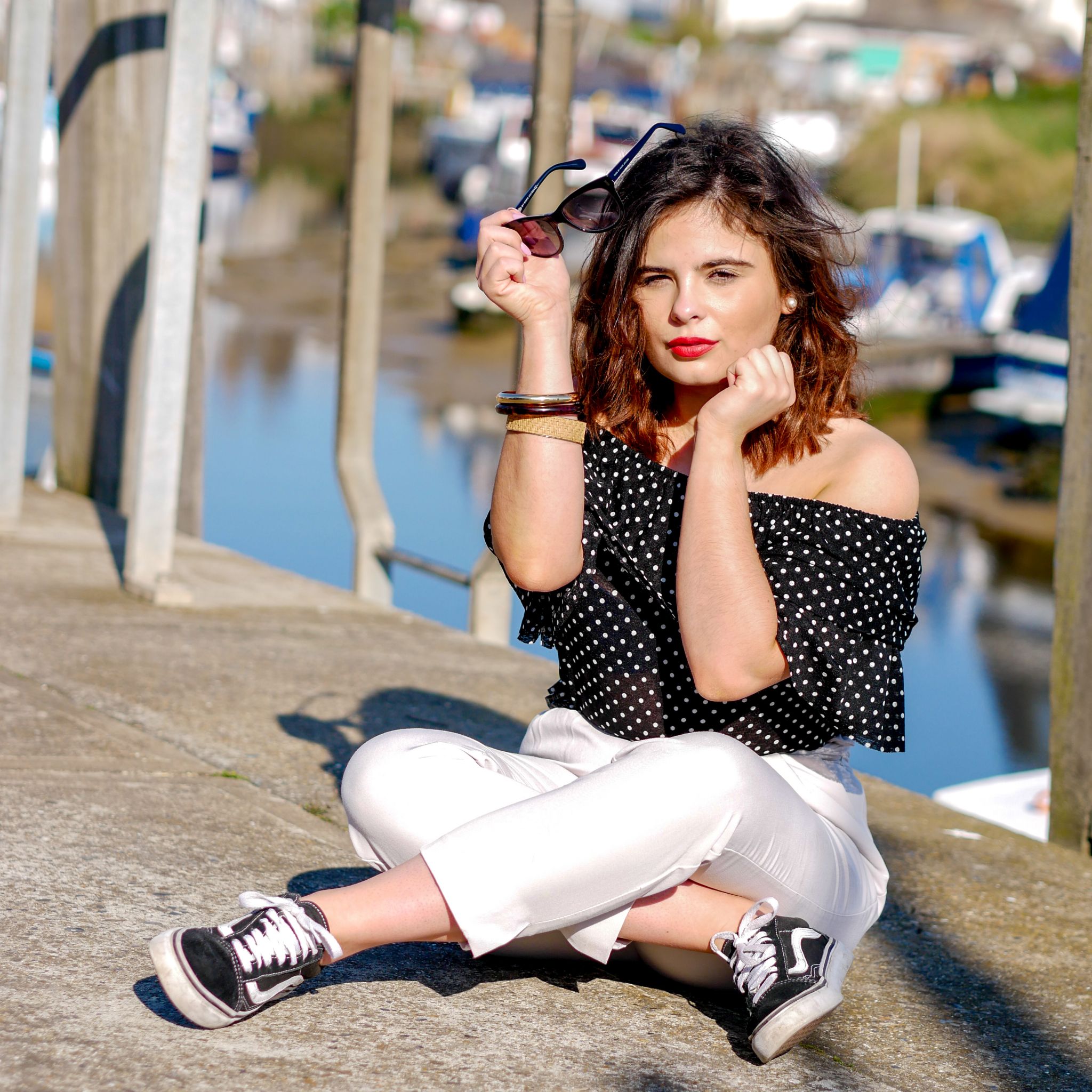 I’ve lived with ME/CFS, for 2 years. Yes, time flies when you’re tired and not feeling your left side. But, in those two years I have learnt two things, one being that people whether online or offline judge for what you do or don’t do from day to day whether they intend to or not. This unfortunately, has a lot to do with lack of understanding and something I’ll touch on as you, hopefully read on. We as a society, lack in education about invisible illnesses and ME. For example, those close to me will understand that social media is great for depicting the great days; however what you don’t see on socials is the remaining days, hours and seconds Secondly, i’ve also learnt that as a society our attitude towards invisible illness and invisible disability is shocking and this needs to change and we need to educate ourselves to ensure that in the future those needing assistance get the care without judgement.

So, today, you guessed right, Auntie Ev is going to discuss invisible illness and ME since it’s the awareness week for ME and feels only right to discuss it for your benefit as well as mine. For a disclaimer, I should also point out that I was once informed by a friend that, she heard whether it was her own view and she was scapegoating or whether someone had thought it; that I was an attention seeker. Now, working in PR, I take that as a compliment not an insult, I especially take it as a compliment in these circumstances since without individuals such as myself standing up for ourselves, we will never understand such topics. So, i’d suggest a foxtrot Oscar wouldn’t go a miss to anyone who is not on board with my point. 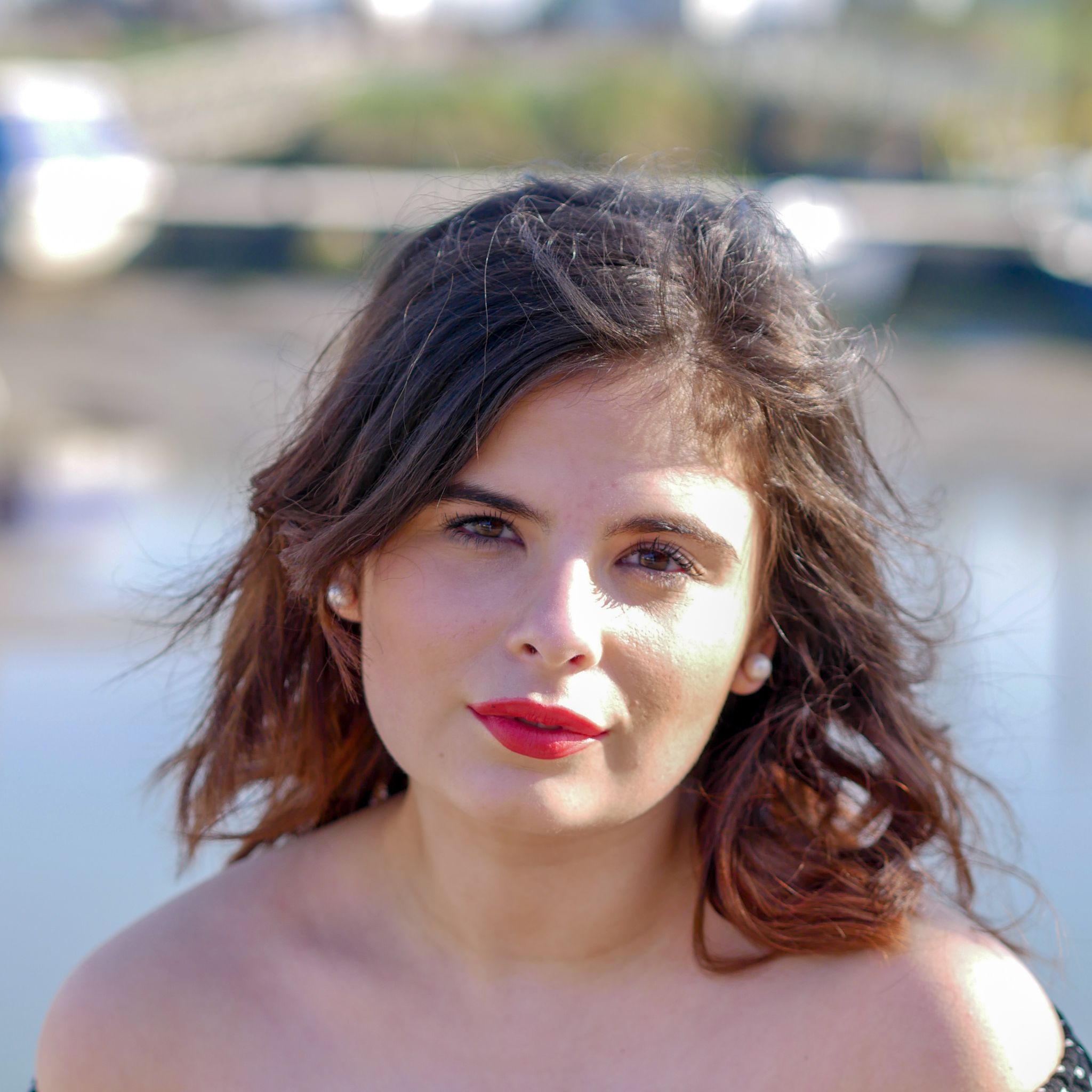 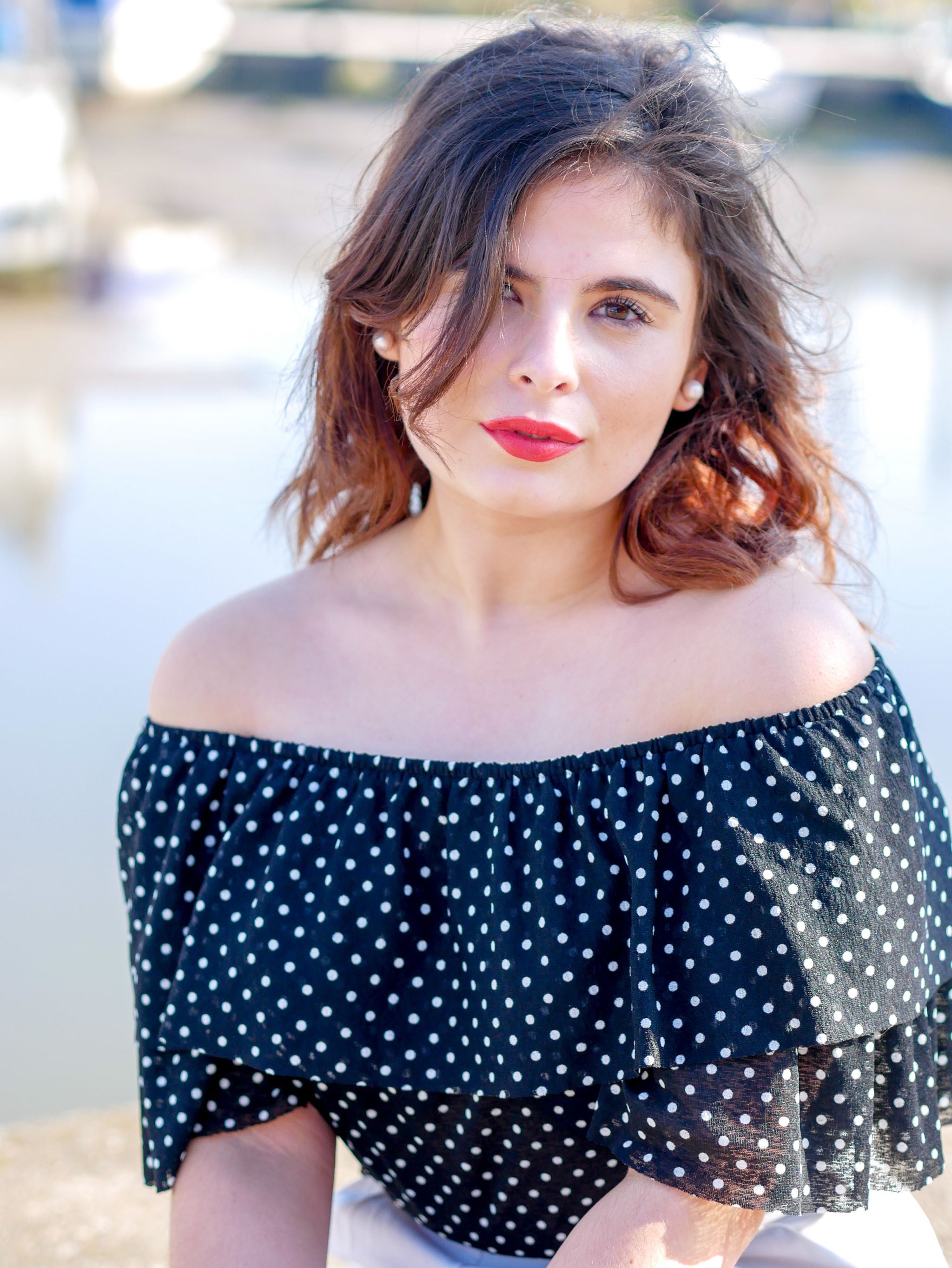 Invisible Illnesses be ones such as mine, ME but also MS, Mental Health conditions, Diabetes and brain injuries. It’s the classic issue, that you return to work after being diagnosed with an illness like ME and everyone questions whether you were poorly in the first place. However, if you returned to work with your arm in a sling, nobody would bat an eyelid. With this in mind, it’s important to open up and discuss invisible illness, especially since this week marks ME Awareness Week and I felt it  be the right time.

For example, I’m told regularly that I look well which I take as a compliment since it tells the world my skin look plump and fresh but also that an illness that has made such a lasting impact on life has not fucked my appearance up too drastically. But, with this compliment comes a back handed compliment because what we do when we tell someone that they look well, is completely ignore the symptoms, struggle and daily grind it takes them to be in your presence and your ‘compliment’ defeats that. I  write that, with inverted commas because we are still ignorant to the fact that we do not understand neither do we want to understand such things. As a Nation, we are only just beginning to educate ourselves on mental health and how it’s ok not to be ok along with that you can be confident and have anxiety but you can also be happy but deep down loathe yourself and have severe depression. We, are only just understanding this but it has taken, in my opinion numerous ‘celebrities’ to take their own lives and this defeats the point, because if we’d just educated ourselves on mental health in the first place, those celebrities we looked up to, might not have felt the need to take their own life in the first place. Until, something drastic and shocking happens we are ignorant to it. Invisible illness, like mental health needs a rocket up it’s arse to begin to understand and educate ourselves. I’ll tell you for one.

Transport for London (TFL) recently introduced the ‘Please give me a seat’ badges which for a long time were used for pregnant women needing seats on the underground or bus services around London; the scheme recently opened it’s clause up to those with invisible illness like myself. Now, this to me, is a breakthrough because London is a busy City and often the thought of using the public transport is the issue. But, we have an issue, wearing the badge as I found is a great start but it does not remove the original issue. As I’ll prove now. Question to you, how many times have you driven into a Tesco car park and seen a person get out of their car whilst parked in a disabled bay and say these words ‘they’re not disabled, they’re walking and they’re driving a two seater sports car’. Now, I guarantee, you’ve uttered those words on a weekly basis. We all have done, it’s become a norm in the same way, that saying ‘thank you’ when someone doesn’t say it after you’ve let them out of the junction. My point here, is that we judge a person based on the look, we tell our children (not mine yours) that we shouldn’t judge a book by it’s cover yet everyday we do it. Everyday, we judge a person on their outfit, their lipstick choice and most importantly their opinion on Jeremy Clarkson. Or is that just me?

Now, a few weeks back I went up to London for work and I wore the ‘Please give me a seat badge’ which was great for my own sanity but for ensuring I had a seat when I got on a tube, perhaps not. I’ll tell you why. First off, if I’d been using a crutch, I’d have been offered a seat. I know this, because when I was out of action for 6 months with initial nerve pain, people were always kind enough to offer their seat to me. This is because I looked disabled, now for the sorts of people who find Jeremy Clarkson unfunny, I’ll explain. What I mean by this, is not that I want to look disabled because I don’t. What, I want, education and understanding. After, my experience, i shared my post on LinkedIn and one comment surprised me and I think spurred this post on for me ‘i’ll get myself one’. Now, these badges are not for you, sir, who gets on the train 1 minute before departure and is baffled as to why he can’t sit down and scroll through his countless number of women he has on the go in comfort. These badges, are for the people like me, who do not give off ‘disabled, chronically ill or cripple’. But, his comment is why we are still backwards when it comes to disability and invisible disability because we think these badges are for the weak. We think the badges are being exploited for people who don’t get a seat at rush hour. It also puts a downer and an image on the people like myself who need the badge who maybe need the seat at that time but you’re being selfish and uneducated.

TFL have paved the way for other transport operators, and I direct that to Southeastern but also to society that illness is invisible as well as physical. But, now we need to ensure that TFL’s scheme doesn’t have the piss taken out of it with people like my comment who think it’s just a neat way to get a seat at rush hour. We need to educate ourselves on the simple fact that, you can be ill, you can be poorly and you can be disabled but look like me. That’s not me being arrogant that is me saying, I’ll go to a meeting, I’ll do a presentation, I’ll go out on a Saturday but behind the scenes I’ve needed a three hour nap as I’m exhausted, I’ll need to take b12/D3 tablets as well as injections to keep me sane and awake. I’ll also do an espresso shot at 8:30 and then drink a Pepsi Max at 1:30pm to keep me going. So, it might look contoured and highlighted but in reality it’s a different picture. Now, the peculiar ones amongst us, might think I’m being way too candid and think it’s awfully unattractive of me to be sharing this with my followers and readers. Side note, I won’t share this on my Tinder profile; however, without these chats, these posts and this content we are not opening the lines of communication for the subject. We’re pretending it doesn’t exist, we’re putting it on mute and ignoring the fact that it’s happening like, Brexit, we’re pretending it’s not happening and hoping by ignoring it, the problem will go away. By ignoring the issue we have with our attitudes towards invisible illness, we’re causing those in need of help and support to be ignored not the problem.

Moral of the story, when you’re sat on a tube, train or bus tomorrow and you see a person with a badge needing a seat, get your fat lazy arse off the chair and do the decent thing and give them the chair. Alternatively, if you’re sitting there with a smug face because you’re in a disabled space at Tesco or you’re sat in a priority seat on the train but you’re sitting there because you pay the high price for the ticket so you should get a seat. Think about it. What if it was you with the illness? As i’ve been on both sides, it’s not nice on the other side hun. 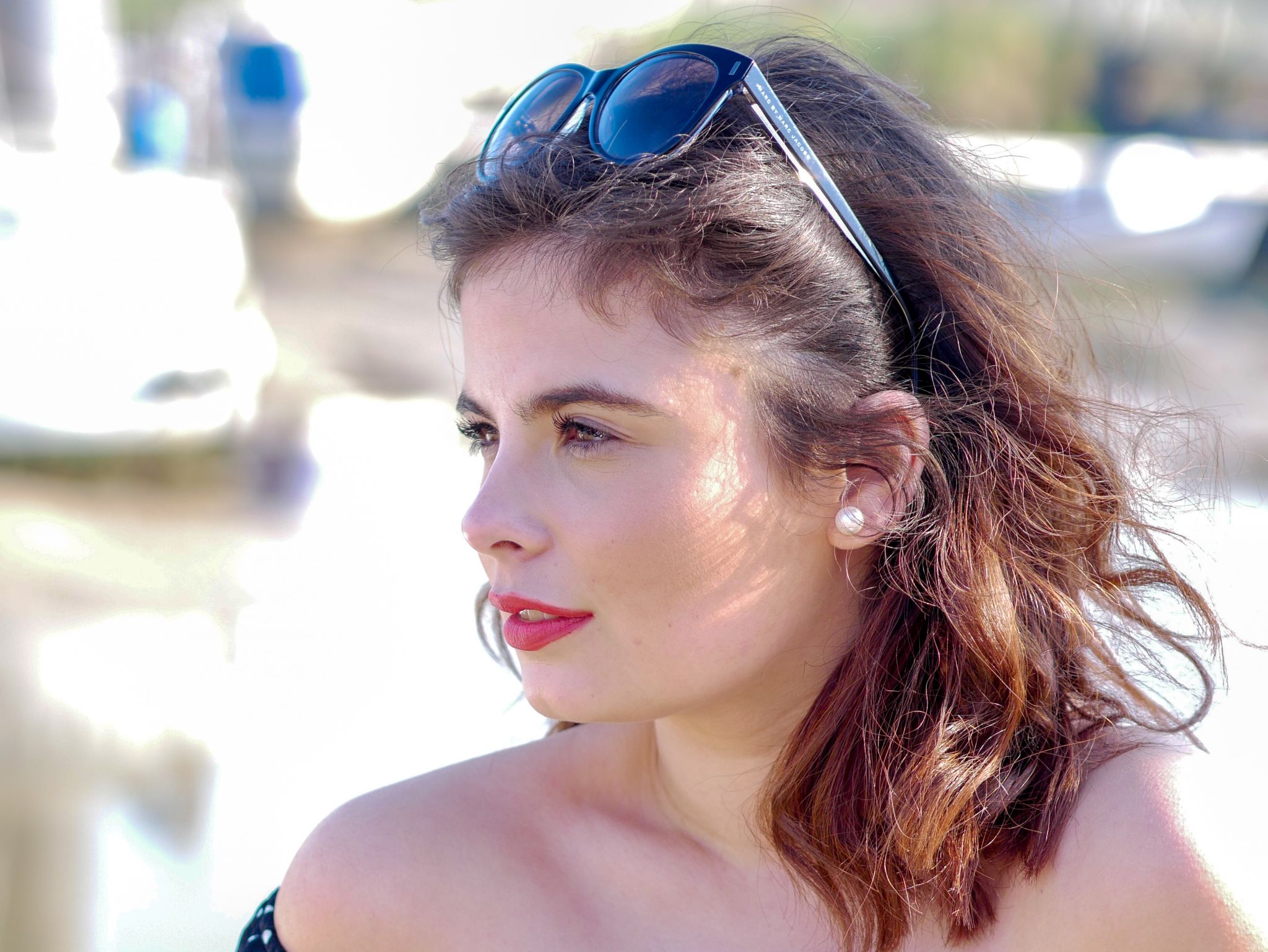