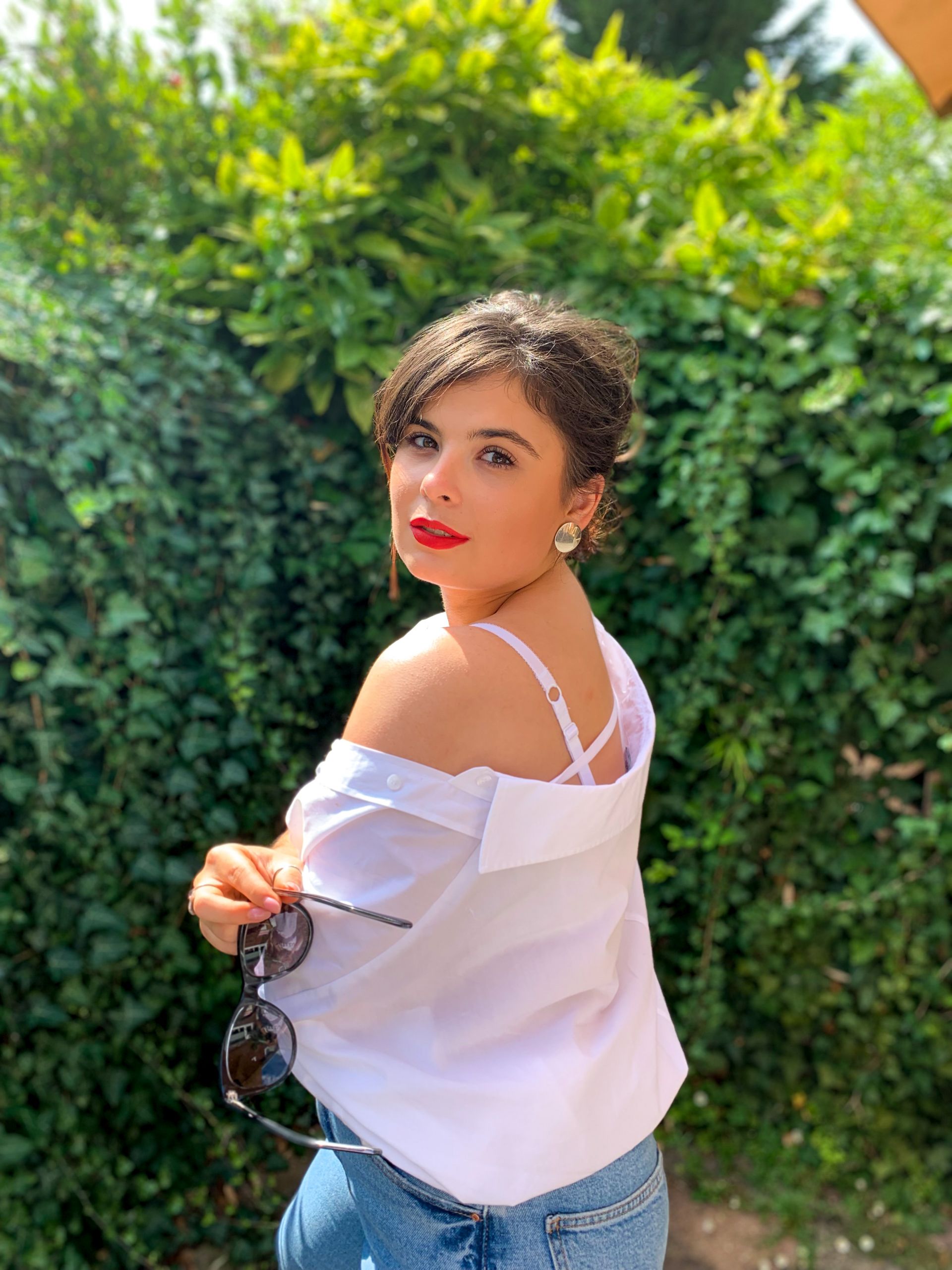 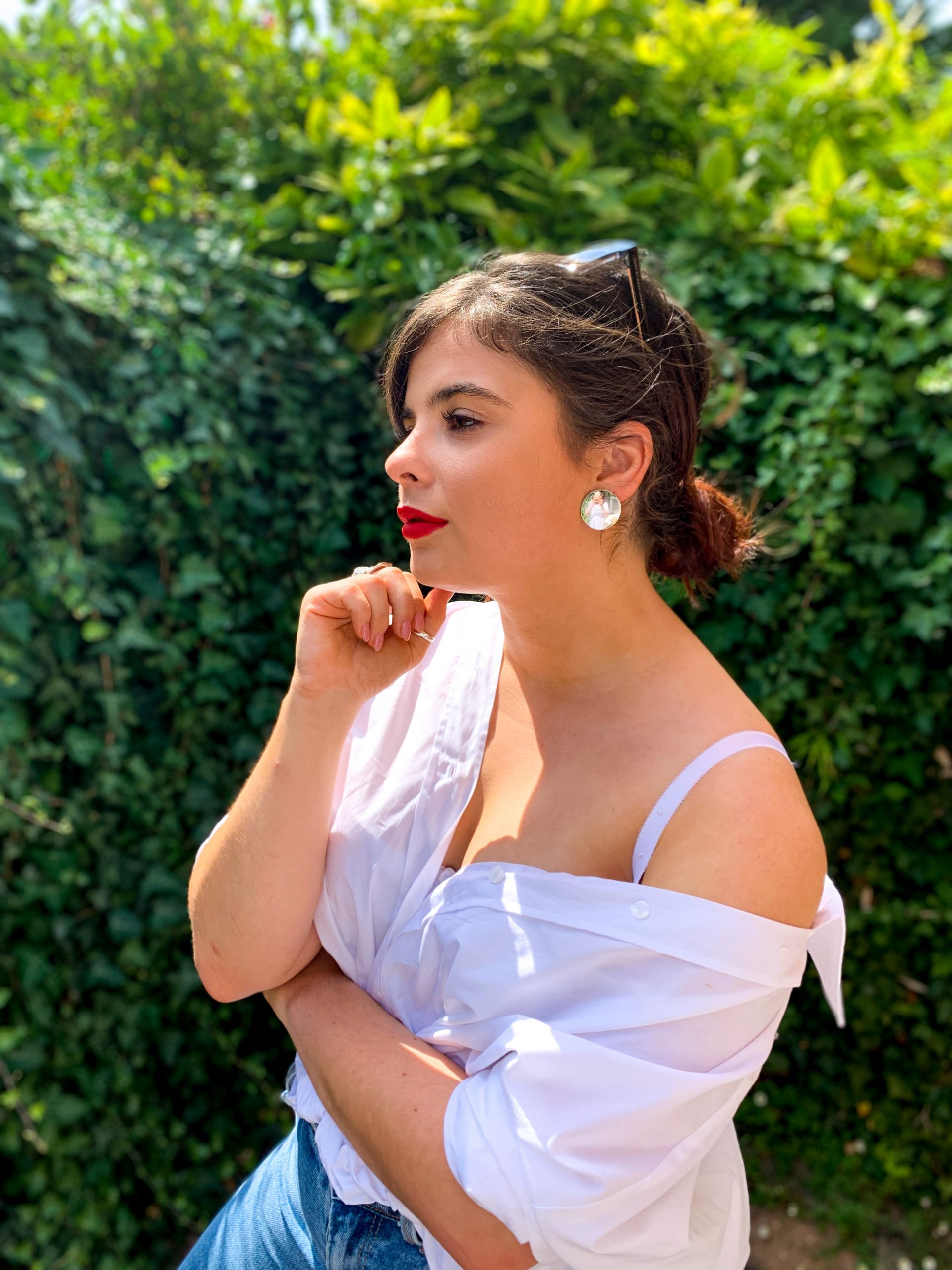 Today’s post, has taken longer than the standard two hours (being real there). I got the A3 paper and planned a mind map. It was an old school kinda evening but the real wake up was how cracking a night with stationary really is for Ev. But, this post isn’t a ramble as to how a paper-mate pen is just as superior as the stadaleter. It’s in fact, a post on this decade and how much has changed but whats happened in terms of personal growth over the course of these 10 years.

2009 ended with a wake up call and it wasn’t just that Richard Hammond needed a haircut. It was the wake up call that it was OK to feel the way I did at the time. The feelings that still to this day, 10 years on I still feel. The feelings that I’m not good enough, not pretty enough or that I am worthless. These are feelings that often are triggered by the toxic world of social media which ten years ago didn’t exist or have such an influence on me to the way it does now. However, this post isn’t a chuff about mental health because I feel that the topic of anxiety, OCD and depression I’ve well covered through the course of 2019 therefore this post is an overview of the decade. FYI. It’s the highlight reel because I didn’t want to go into the New Year or the New Decade on the pity pot. Now, this may make me less of a blogger because for once I’m not being candid but actually discussing every low versus doesn’t make me feel better or even make me feel grateful for the highs. So, what happened throughout this decade? 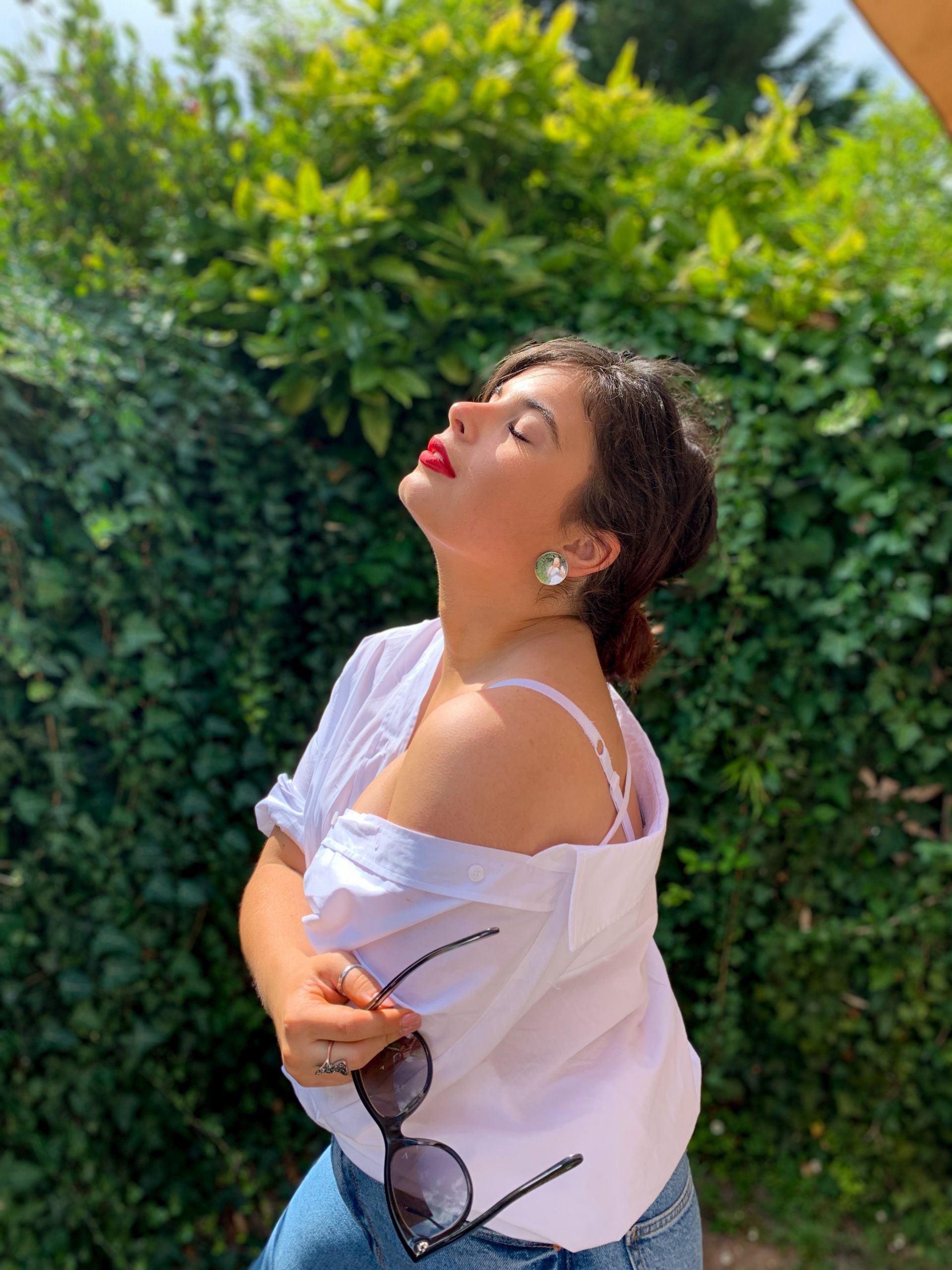 The Cornerstone for Thoughts

This platform was born. 2015 I created The Cornerstone for Thoughts following years of wanting to write professionally and being told that I should have a space where I can share my work. It also came at a perfect time because Jeremy Clarkson was on the BBC website and the Daily Mail on a weekly basis which was fuelling my content and giving me ammo to write. I tell people 5 years on, that my blog wasn’t set up the way other blogs were; because in the early days there was no feature of make up, polka dot or even silk but it started out as a chuff about Jeremy Clarkson. I know, revolutionary. I know, my blog is no Zoella and it won’t be because I’m usually busy with work to dedicate more time however the opportunities it’s given me is something I’ll forever be grateful for. Starring in a Revlon Ad + working with the brands I’ve worked with along with writing for a charity and continuing to do; is just something that I’m so grateful for. Writing has always been the form of therapy that has helped alongside the real therapy. I’ve taken every person who reads this on the same journey as me. The journey of CBT, physio, nerve damage and of the fatigue.

‘Do you need me to explain what will happen Miss Francis?, No, you don’t Peter, I’ve done this test 5 times and by this point I know that we’ll drive round, you’ll ask me to drive independently then we might do a spot of reversing and then you’ll tell me whether i’ll be unleashed on the roads? Well, yes. He replied’. And that was the initial conversation I had with the examiner who passed my driving test.  Everyone who knows me, never expected me to pass first time so when I did eventually pass on the fifth try it was a cracking day- the sort of day that the rest of the motoring world feared.

I always wanted to go to University despite being told in 2009 that I would never get to go because i would never be academically minded. I did go and walked away three years later with a 2:1 in English Literature. University was the three year expensive character building exercise that everyone claims it is however what I’ve said since day 1 is this- University does not have to be the best experience of your life as its claimed. You’ll experience the highs and you’ll no doubt experience those lows but if you want to do it then go, don’t let anything or anyone hold you back should you want the expensive character building exercise.

Since 2006, I’d always wanted to go to a recording of Top Gear when the trio were presenting. It was in 2015 that this opportunity became available and was one that I couldn’t not partake in especially if there was an opportunity of a selfie.The opportunity, came at the perfect time since weeks later Clarkson got the sack and I would never have had this opportunity ever come up. The opportunity came with Will Smith & Margot Robbie being the stars in the reasonably priced car and if I’m honest was one of the best days despite not getting a marriage proposal from Hamster. I did, however, get a shot of my head in the audience.

The early part of 2018 was really challenging and one that saw me at my darkest and lowest. I wanted the world to suck me up and never return me. I had been crushed and I didn’t see a way out especially after the ME diagnosis which came at such a shock with no warning or expectation. It was one of those things that I never had planned or prepared. So, when I decided to write a blog post on ME and what it felt like that, at that moment in time I didn’t expect the reaction it received. It received attention from across the UK from people in similar positions who all felt like they’d lost a part of them with their diagnosis. I was totally shocked when I received an email from the Editor of the ME Essential, which is the magazine the ME Association publish quarterly. The editor wanted to know whether I would consent to the article I’d written on here being used as a magazine article. She then asked whether the imagery I’d produced could be used as the front still. It was a surreal experience and remains as a highlight professionally and personally. In the same year, I published my debut novel, I’m not Ready which is another pinch me moment since it was written, similar to this article at a low point in my life. As I said, writing has become a form of therapy and these published pieces highlight the outcome and positive impact it can have on your wellbeing.

I don’t like my body and never have done but i never set out to lose weight on purpose. In 2015, when i started University there were sports clubs galore however I was one of few who didn’t sign up. 1) I cant catch and secondly I’m no good with balls. I know, the innuendo was intended. It was here that I realised, however, how unfit and how nice it would be to have a hobby such as an exercise class. I then found Bollywood Dancing which has been my go to for the last 4 years and one that I hope will continue to be my go to fitness class in years to come. I then added spinning and aqua aerobics along with yoga into the mix which subsequently saw mw shed weight and drop a few dress sizes. Again without the intention. I know, that in recent years, I’ve probably put weight back on through inability to go to the gym like I used to because of the Chronic fatigue but also due to now working full time. I know, the audacity.

2009-2019 has definitely been the 10 years where I had the glow up. I know this when I look at images of me at school versus now. I’m glad someone made me cut the fringe and upgrade the specs. I hope that 2020 and the new decade will come with some joy, happiness and success in the same way that this year and the previous few years have done. As we know, our lives have highs and they have lows- the lows we may not see coming and they will no doubt be out of our control but we must accept this and learn to deal with these like we learn how to deal with everything else in our lives. I want to wish every person who has supported me whether a family member friend or colleague a Happy New Year and the best of luck & happiness for the New year. Thank you for supporting and i hope 2020 will see this support continuing. 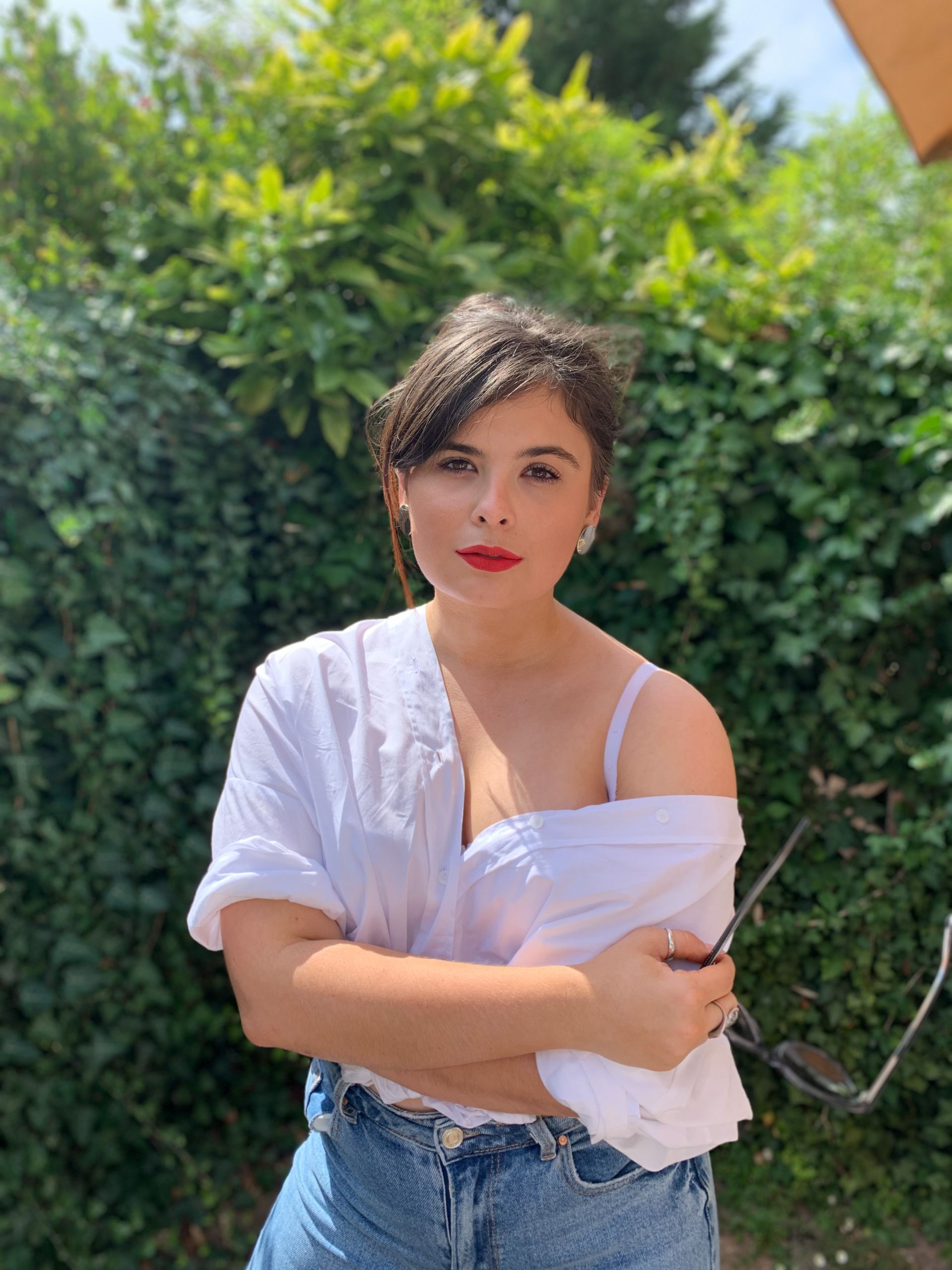