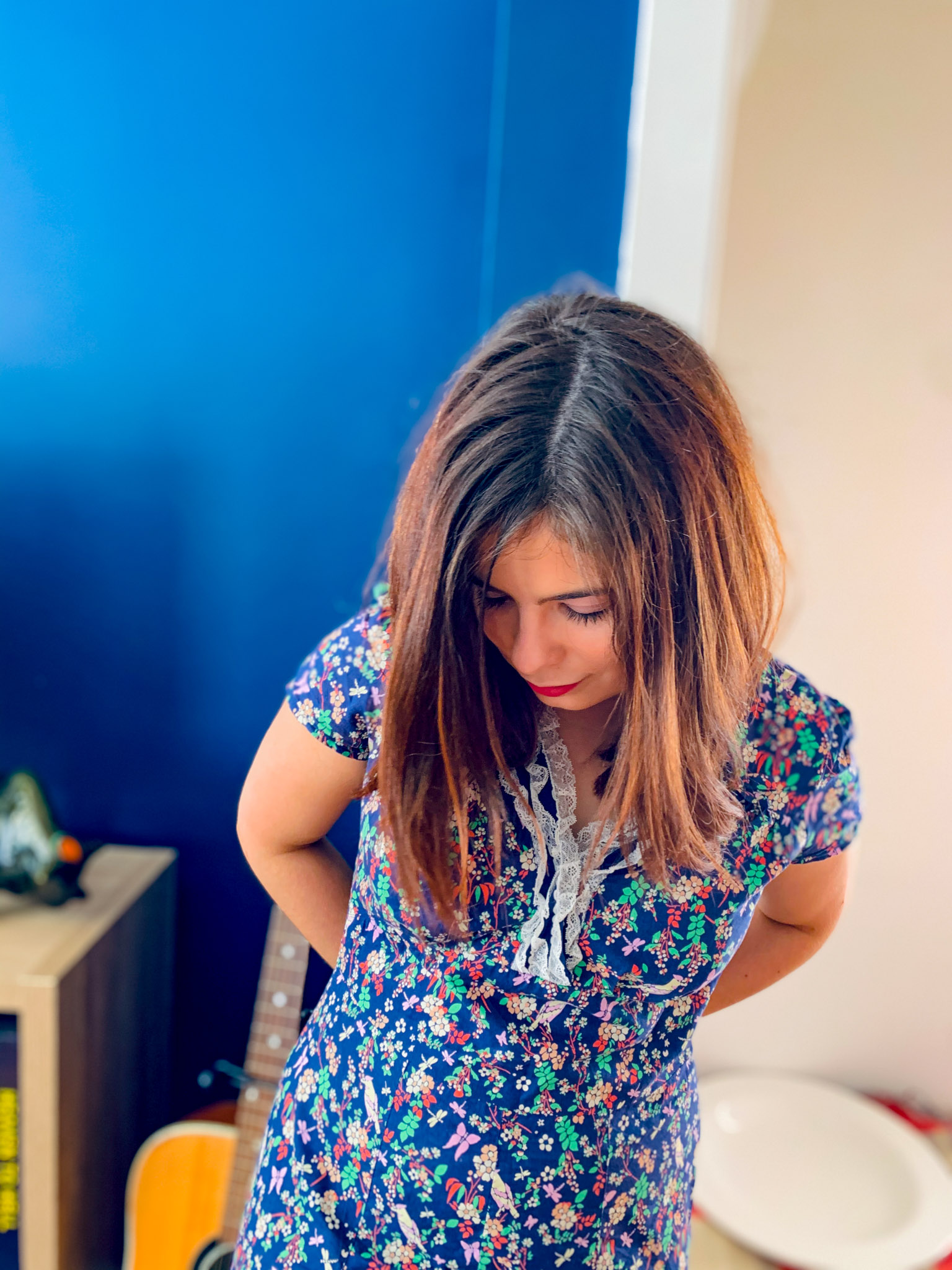 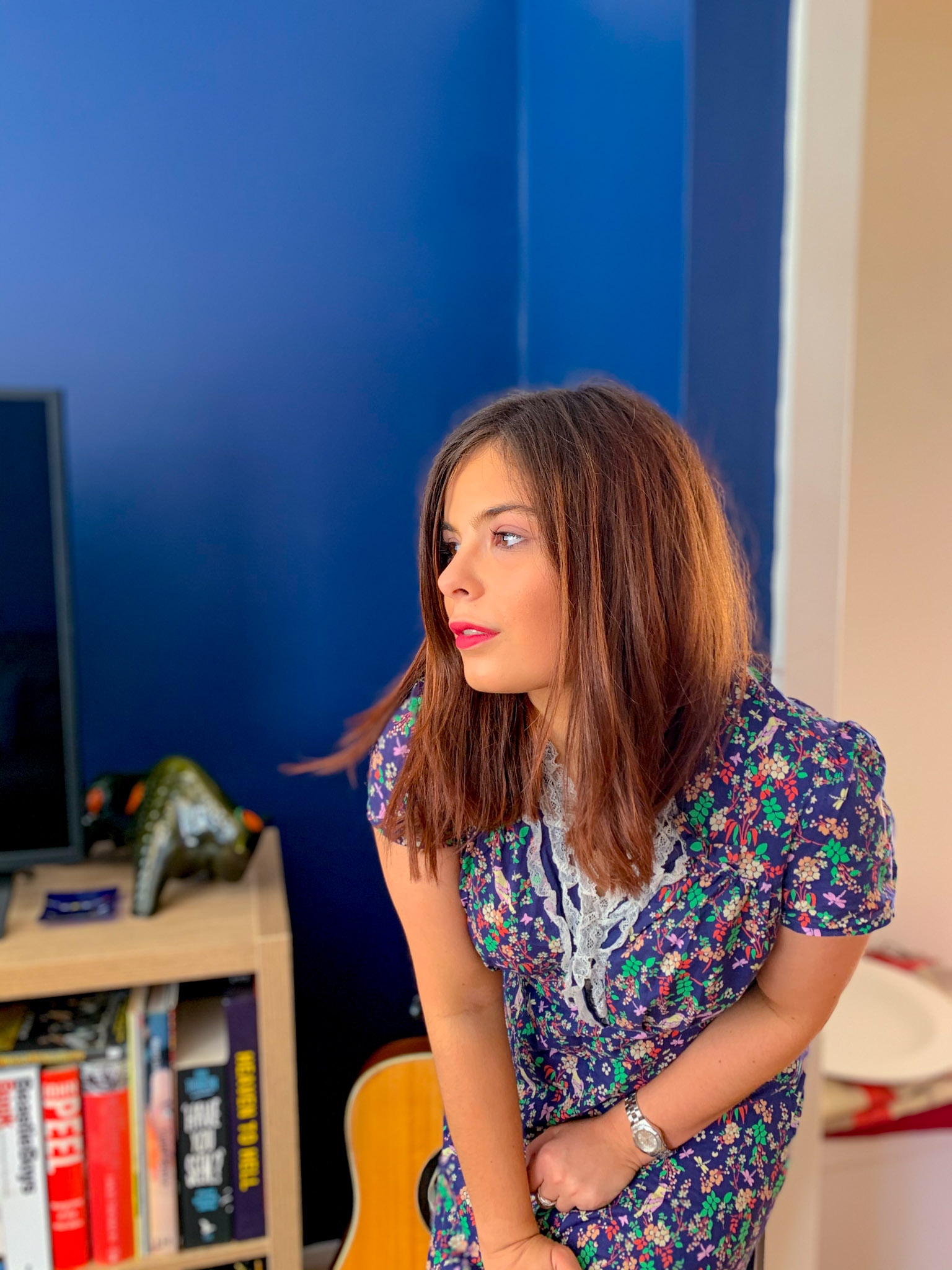 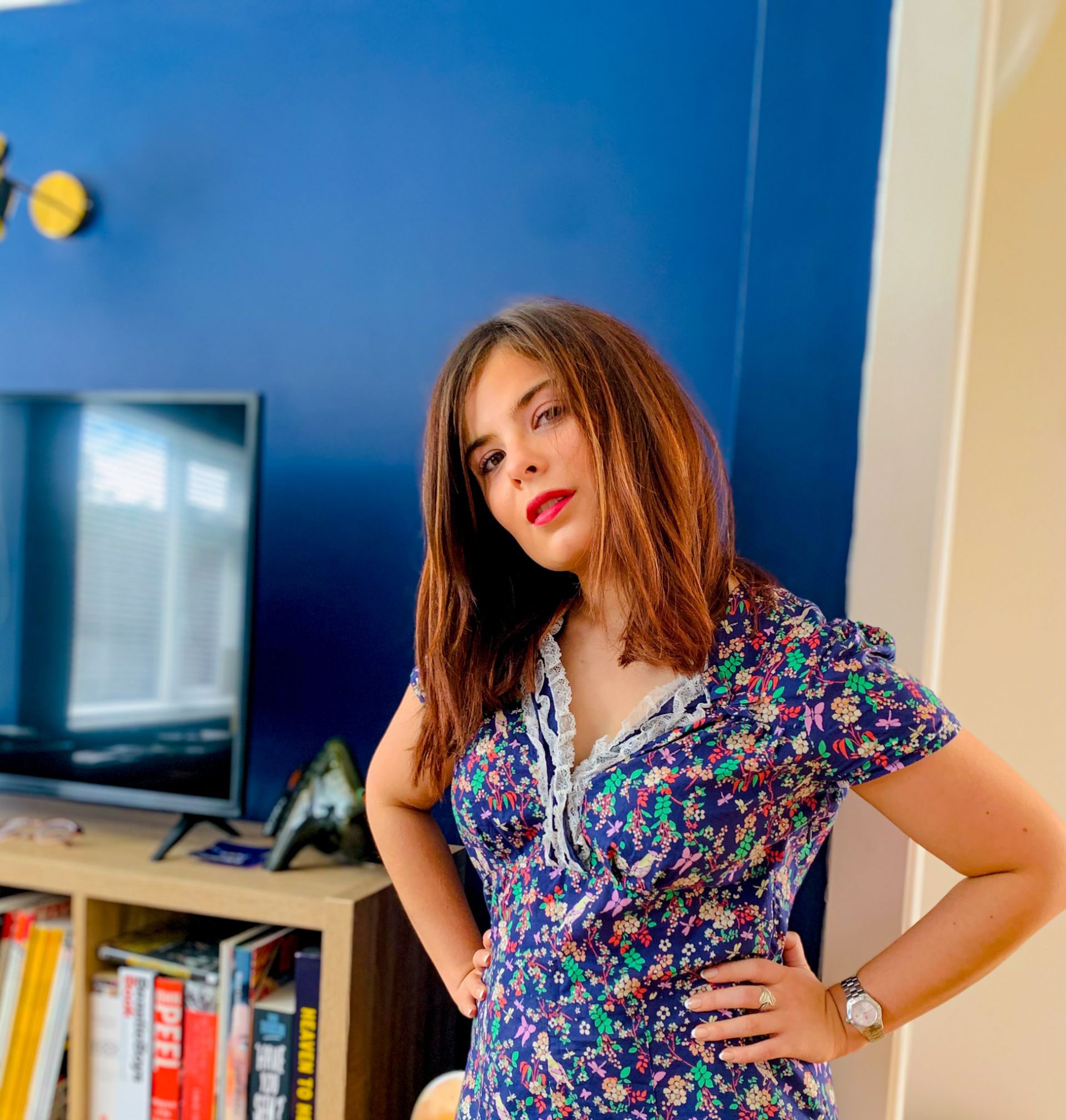 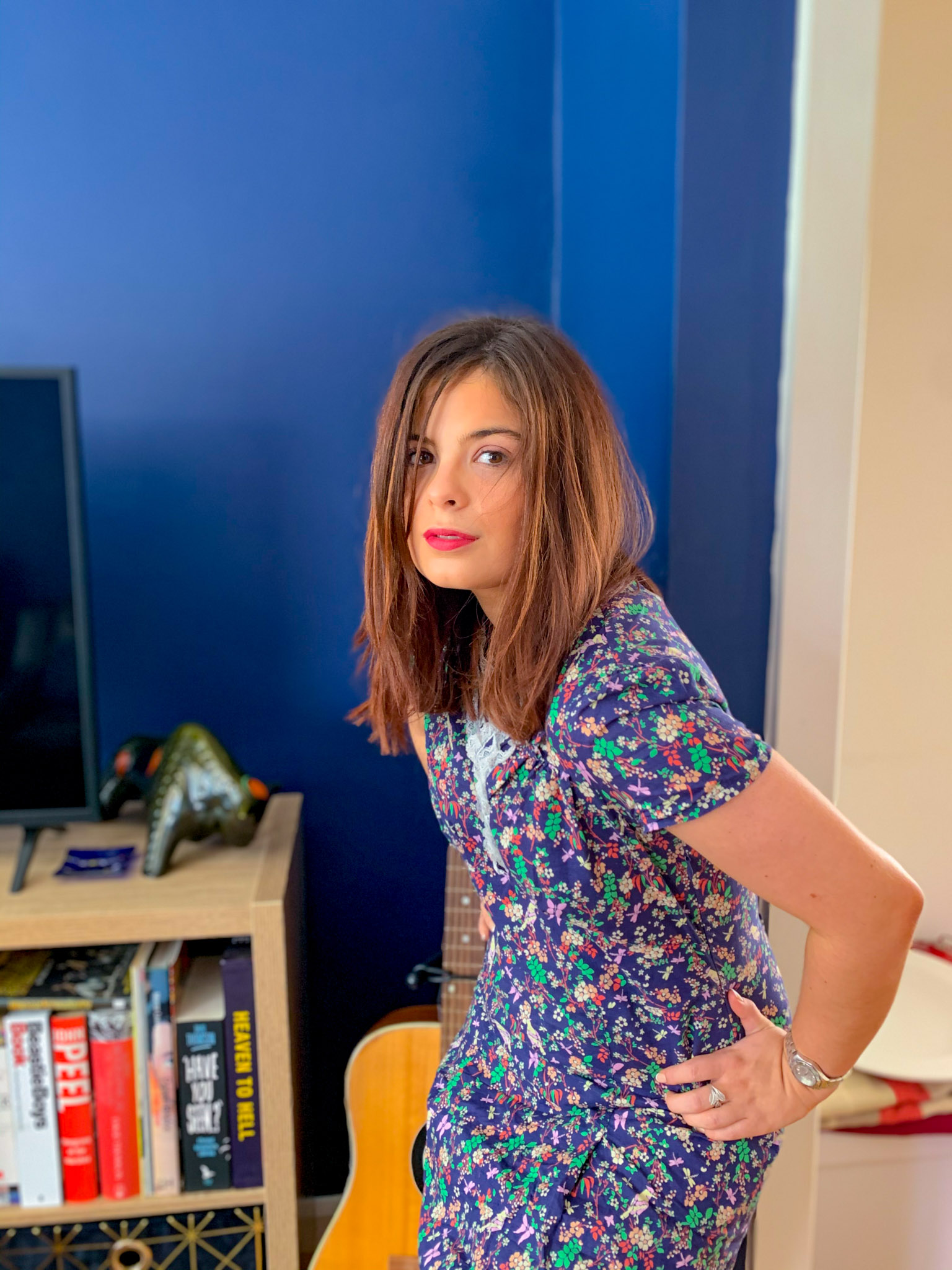 Since COVID19 caused havoc on our professional, personal and social lives it has affected on average 446,000+ people with the loss of taste/smell, temperature and dry coughs. Yet, what is coming clear now, is that 66,000 of those are being left with what’s being described as ‘long covid’. Those with long covid are suffering with; Loss of smell, loss of appetite, Loss of taste, Hearing Strange sounds at night, lashing lights in the eyeshadows in corner of eyes, Tinnitus, Buzzing of ears, Popping of ears, Excessive thirst, trembling, twitching, brain fog and numbness in some cases. The list goes on and what is most ironic- the symptoms are awfully similar to ME/CFS. This is dedicated to anyone suffering with long covid to say how the community is not just with those who’ve had rona but with other similar conditions.

After your rona experience you thought you had your gut full of illness and pausing of life; but the universe has had other ideas. You were part of the club who could say they were personally affected by the pandemic. You’re now experiencing what doctors are describing as long covid but your doctor isn’t believing you? You’re being called a liar or maybe just an over exaggerator, aren’t you? You feel neglected because this virus has left you unable to walk, unable to breathe or think straight without needing to take your time or just need a nap or support. Well, this isn’t new. Paralysis, impairment and changes to life are not new. You might say, don’t believe you hun? Well, I can honestly say that this is life for those ME or more commonly understood as Chronic Fatigue Syndrome. The illness was and is seen as a get out of jail card for benefits, days off and needing a lie in. Blinkered individuals see the illness as the ‘can’t get outta bed illness’ when in fact there is more to it and more extreme fatigue affecting all aspects of life. When actually the symptoms are so similar, you may as well have had an ME diagnosis rather than the Post COVID.

Your GP is mis-understanding you because unfortunately; like ME, he can’t see it, feel it or touch it. The most unfortunate thing, is not the misunderstanding it’s that your GP is not the only one. GPs are not taught ME, Chronic Fatigue or Fibro as they should. The common belief was that the illness could be recovered from and was a mild impact from a flu yet; it’s not the case. Most, are suffering with the impacts for months and years after. With GPs not understanding, it’s no wonder that our colleagues, friends and family’s also don’t understand. You don’t have a temperature or the cough so rona isn’t there and shouldn’t be causing you grief. Unfortunately, ME is often the result of a virus lingering and never leaving your body. It’s also described as post viral fatigue in the cases where people do not recover from the flu or another viral infection. Since, most of the symptoms are invisible, it’s misunderstood and will probably continue to be- in the same way that post covid is. The difference here, however, is you’ve been caused in the backdrop of a pandemic which means Government and medical professionals want to listen and make changes. Funding could be on the way for research, understanding and cure. Yet, ME patients have lived in the knowledge that a cure cannot be found and they have to accept this. This I find outrageous and offensive since 200,000 people in the UK are registered with ME. This number does not count the; unofficial, undiagnosed or in denial patients. These patients, myself included are offered Cognitive Behavioural Therapy. A therapy which isn’t physical, it’s mental. A therapy which asks you to talk to a therapist for 40 minutes to try and heal. ME like post covid, is not mental, it’s not made up. It’s physical. Your numbness, sickness and fatigue is not in your imagination; perhaps if it was, the likes of yoga or hand healing might have been also listed as a treatment. Whats worse for you hun, is that your doctor will also suggest Gradual Exercise Therapy, a treatment which in 2020 was removed by the NHS as a suggested treatment for ME. The therapy expects you to get better by exercising to a point of previous; those with chronic fatigue, muscular and sensory issues cannot run their way out of a life long condition. It is patronising. It is demeaning. Most often our symptoms are made worse after any forms of exercise; so a treatment involving exercising is ignorant unfair and poor on all medical professionals.

I’ll write this and there will still be deniers or perhaps people that see me as having to bring ME into the equation; this is utter madness because the reality is, those suffering with post covid- are waking up to the reality of having Cfs. An illness which up to last year, they probably dis-believed or saw as a mental condition. I’ve put below as a reality check, the comparison and the similarities as an insight into the condition and how the two are so similar. What is really misunderstood with ME is the fact that the condition is registered as a disability by the Equality Act 2010 due to the impairment on life and ability. It is seen as a disability because a significant portion of sufferers cannot walk or be unsupported in their movement. A portion of the 200,000 people in the UK with ME are left in wheelchairs and needing carers in full time. The inability to move is due to the fatigue and pain of the illness yet in the last decade this condition has not been investigated or had proper funding to support the research in finding a treatment or cure for the condition.

As you come out of life with Post Covid-19; you’ll realise that the misunderstanding does not stop. The reminding of the condition to your GP will not go. But, people will see exercise as a cure because if you listen to Joe Wicks, then you’ll be fixed with exercise because exercise fixes everything. Exercise will not fix you. Positive thinking will not fix you. Listening to your body, understanding you health is how you manage and slowly live a life that resembles some form of normality. Accepting that you were not the person you were and are a new person is how we move on and try to resume our lives.

I’ve lived with ME for three years. I’ve made progress in being able to work full time, travel and moderately exercise. However, I do have remitting symptoms and I take tablets and injections to do so. I’ve never not taken these forms of treatment to notice whether they can help or not. It is OK to take tablets; it is not poor or wrong. If you broke your leg, and were given pain killers nobody would see this as a weakness; so don’t be tricked into thinking taking tablets or regular injections is a weakness. The treatment and experience is one that I hope evolves now, with more joining the invisible illness community it is time we believed you, we believed everyone with the illness whether ME or Post COVID. Your symptoms are real and life can improve. You are believed, you are understood and have more support than you think despite being in a society which becomes ignorant to invisible illness.

I visited my nurse at my doctors surgery today for

I had a brain wave. Tan providers, let’s create

If @maltesersuk did a subscription box, I’d happ

Another bank holiday bites the dust. I round my fi

After 7 months of at home manicures I thought heck

Mid squat or just to feel taller for a sec 😉 #

I shared this outfit live in the moment on Saturda