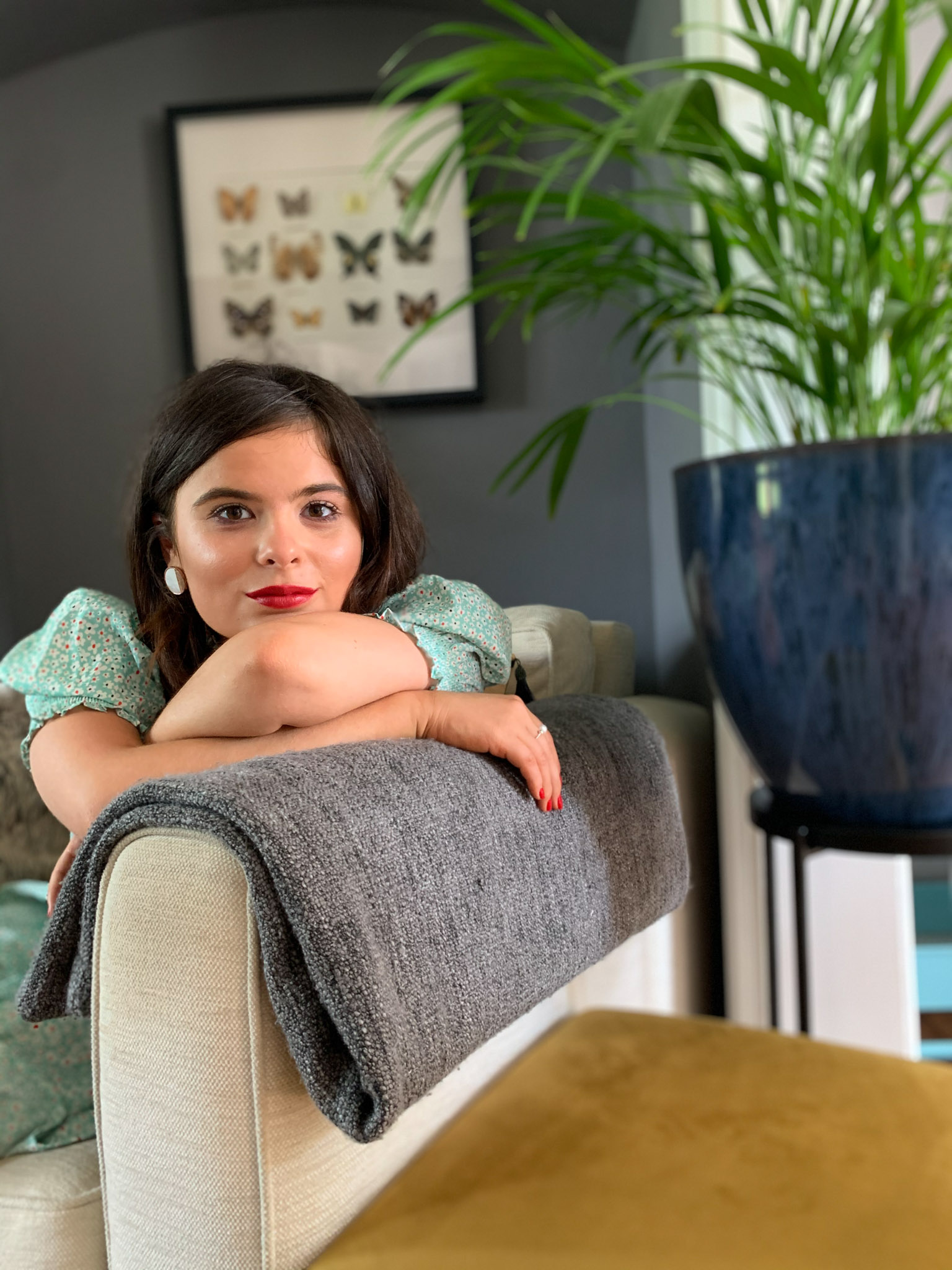 A study suggested that 20% of young people are bullied. This study was carried out in 2019 so I have no doubt the percentage has risen with social media becoming readily accessible and an avenue for bullies to channel their spite. From the age of 7 until sadly 25 I was bullied on and off throughout my childhood and early adult life. I was planning to schedule this post when National Bullying Awareness week came into effect in October but felt compelled. I also felt compelled because whilst spring cleaning. Is the phrase whilst the iron is hot?

I make no secret that I keep various items from over the years in fear of what will happen if they get binned or lost. I have a box of press clippings from Richard Hammond’s first big accident and onwards – I hoped when I was younger they’d be worth something. I don’t think it’ll be worth the same as a signed Meghan Markle photograph. A shame. I’d kept train tickets but this was out of an OCD trope in favour of thinking I could sell the ticket as proof of transport inflation. Now that is an idea.. So it was no surprise to find a note that I had received from an acquaintance from primary school. I knew it was primary school due to the way the letters had perfectly curled peaks. The second I saw the message my heart pounded. I had goosebumps which is a bodily sensation that is rather a cliche now. The note read ‘Dear Evan, I am sorry I made you cry and then love from the author. The note gave me this time warp of emotions and it took me back to the years of bullying and torment but not just from the school memories but the bullying that took place in my adult years.

The bullying began when my baby teeth fell out and my adult teeth came through very large like paving slabs. It was not a promising look I’ll admit. I became incredibly self-conscious of my teeth and my smile. It then became a mockery of how dark my hair was which meant I would have hairy arms. I was called monkey for much of my childhood. Then a person asked me why I didn’t pluck my eyebrows because I had a monobrow. The following afternoon I became plucking every eyebrow hair out and couldn’t stop. The teeth mixed with the no eyebrows was look but I seriously wonder whether children realise the impact words can have on others. I then went to secondary school which was horrendous, being claustrophobic and scared of crowds people would lock me in cupboards claiming I’d be asked to collect papers from those cupboards. I could never sit in the school hall for assemblies because the crowds were too hard to manage. The comments became heightened after the airing of the American comedy series Ugly Betty which apparently was my double. For 5 years, I was called Ugly Betty. When crying in the evenings, my family would claim that the actress who played the character was actually very beautiful in real life – it was hard to comprehend their efforts to dilute the nastiness with the consistency of the comparisons. I am now 26 but I still hate myself, doubt myself and question how I look, behave and speak. Anyone who has been bullied for a prolonged amount of time knows how the constant volume of comments can eat away. The comments eat away to a point that nobody could actually spot the signs of hunger.

Later as time went on, it would be a mockery of my desire to learn and be good at school because a teacher claimed I wouldn’t get far in life. I had to prove them wrong in the present but for the future too. The nerdy remarks I could shrug off because I knew they were the sort of person who would be unable to use a full stop in the correct place. Both in a grammatical sense and the literal sense too. It was only when I left school with predominately As and they were applying for re-sits that I felt somewhat relieved I’d shrugged it on the way I had decided. Towards the end of education, the comments took an anti-Semitic response which had obviously been triggered out of the history lessons. I was hissed at, I was asked whether I lived in a gas chamber because I looked Jewish. I was asked whether my family and I lived in an attic-like my double Anne Frank. When I wore striped clothing i would always be asked if I’d borrowed therefrom a prisoner of the holocaust. Even more ironic when the same people quoted Anne Frank as their Facebook status. It’s even more frustrating to know that those who spouted these comments have since visited these concentration camps knowing they have used those who lost lives as the subject of jokes. I’ve always held the opinion that anti-semitism is classified as lower grade racism. I would recommend you read David Baddiel’s ‘Jews don’t count’ memoir which does a brilliant job at detailing such beliefs.

After leaving school I believed like most that bullying would stop. When my Dad used to tell me that his clients were being bullied by their employer I became unaware that this was possible. I imagined that bullies got to an age and had peaked with their abusive remarks. I was wrong. I found out the hard way. I was bullied because I was poorly. When my M.E. was in remission, it would very rarely cause any obvious issues because I’d got to a position where I could manage it and nobody would know if I was in a state of distress internally. I keep reminding my friends and family that they should not judge a book by its cover when asking for the truth regarding my condition. On the two occasions, it flared I have left the victim of bullying. It would be through the moving of a desk, the invitation to events I knew and they knew someone with walking aids could never participate in. Workplace bullying is more common than it is given credit – it is considered something that one time or another we could all be the subject of. The worst position to be in is the feeling that you trust your bully because they gave you no reason to not trust them. I had this twice. The manipulation made me feel as though my work colleagues truly understood and felt how I was feeling but they didn’t I was just a number. Until I realised I was just a number, I was constantly asking the universe to tell me why it was me. Toxic positivity feeds us to all believe that, things happen for a reason. This approach means we all seek to question why certain events happen to us. Unfortunately through CBT, I have realised, that pardon my french, shit happens and we have no way of controlling our future. We will all deal with the bad and we will all deal with the positives and until we sit in the know of this being the case – we can never truly relax into the present. It is a deeply scary thing to accept.

When I found the original note that inspired this post I shared it on Facebook. I was not anticipating the reaction it would achieve. I received 33 messages whether as a comment or through direct messaging. Three of which were from people asking whether they had been the sender. In fact, the person who did write the note did in fact like the post which was deeply amusing and ironic. When I graduated from University, I received one message from a Facebook friend who came to me and apologised for her nastiness at school. She felt that since becoming a Mother she could see her behaviour at school being evil and something she was ashamed of. I still wonder what led her to become remorseful so many years later. Many of whom commented were baffled by my story because they thought I was popular and amusing. Others commented describing how the experience I’d endured had made me the person I am today. If I am honest I would never have wished to have got bullied to have graduated from University or worked in the industry I do. Perhaps being bullied sits in the same camp that the M.E. and chronic illness community head up as their own – a club nobody wants to be a member of.

I hoped sharing my experience would do something. I want people to consider the impact their words have. I do believe that it is often how you say rather than what you say – you can tell a person you don’t like their choice of clothing in a way that is not insulting or spiteful. I have become very fed up with people justifying rudeness and bully-like behaviour as ‘its just their way’ or ‘that’s the way they are or ‘you have to accept that it is because’. Working for an International business gave a new level ‘remember English isn’t their first language so they don’t know tact or sensitivity. Being kind, sensitive and considerate of your words is free and does not require a degree in any language. Unfortunately, the statement ‘be kind’ that became famous after the tragic death of Caroline Flack has been used to now the point it means nothing. It has become the new ‘Live Love Laugh’ and one that all the people who bullied me or made mean remarks have ‘be kind’ as their about me statement across social media.

To all of those who bullied me or made nasty comments, I hope your life is not giving you a taste of your own medicine. If you’re reading this knowing you made fun of the way I looked or acted I hope you’re questioning whether I was worth the subject of your remarks. I personally think you’ve made cracking content so thank you!