“The Lovely Bones” written by Alice Sebold; tells the story of a 13 year old girl who was raped and murdered by her neighbour. Now 14 and speaking from heaven, Susie Salmon, the protagonist, now trys to tell her distraught family who her murderer is.
Whilst trying to show the real clues of her who murderer is, Susie watches her Sister fall in love, drive and grow up. All things she is unable to do.
Everything appears as Susie left it- apart from that, Susie wants to be apart of earth once again.
The novel is placed across different time periods; flashbacks, birds eye views and real time talk. Sebold’s use of this type of structure, enables readers to find that they have a stronger connectiom with the protagonist. It also allows readers to gain a wider and deep understanding of the anti- protagonist, and what brought him to become a murderer in the first place.
For any reader that bases their reading upon themes, there is a range of themes that are written about within “Lovely Bones”. Rape/murder are the largest themes within the novel meaning it wouldnt be able to connect to a large audience.
However lets look at alternative themes such as; innocence and love. Love plays an important part in this novel, for instance Lindsay Salmon, Susies Sister, falls in love, before being murdered, Susie discovered that a school friend had a crush on her. This love cant be ignited due to her being in heaven; but it could be suggested that Sebold uses Lindsay as a futuristic replicate  of Susie to show what life could’ve been like. Whilst her parents love is under strain after the news of her murder comes clean to society.
The theme of innocence is also presented in the form of Susie, this is shown through the issue of ‘virginity’ and the use of a “dolls house”. All images of childhood and innocence.
This novel isnt one which you can read with a bubbly and happy mind, it is one that needs a dark and mysterious mind. However, it can be read in one sitting. This is because of how well the novel has been structured and written!
I honestly believe that any reader is able to read the book, whether they’re a bookworm or not. It contains some superb imagery which lets your mind visualise every detail. A warning for sensitive readers, it is a very graphic novel and begins graphic also. There has been a film that has been created which I feel doesnt do it justic, I feel that you need to read it.
Due to being an older novel, you can pick it up in most charity or secondhand book shops. If you purchase from a reasonable and well known store it will cost around £7.99 but it is worth the money!!!
Enjoy
🙂 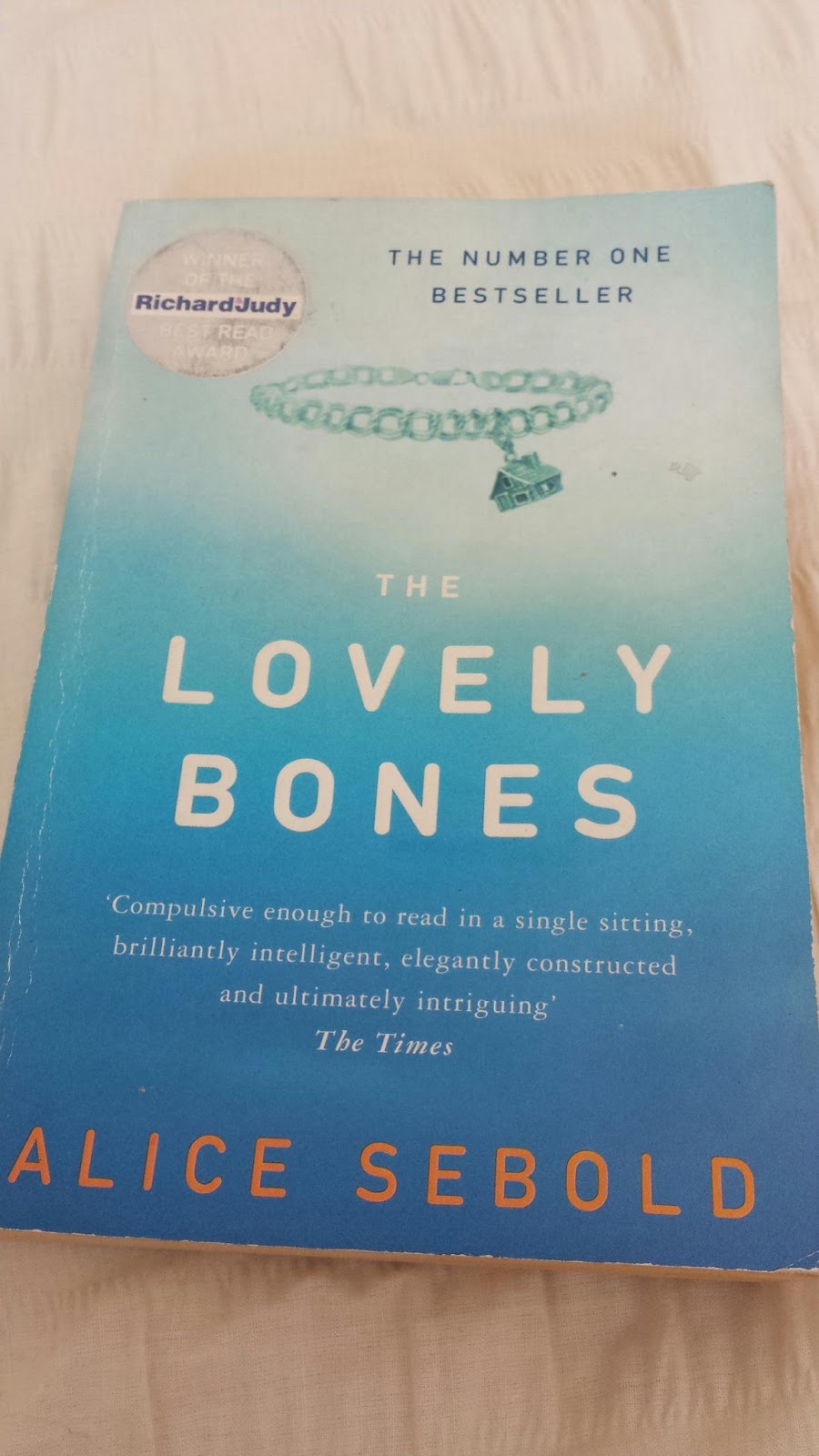