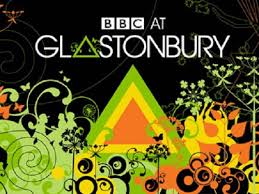 Although I have never attended a festival, I have always
found myself being at the mercy of the BBC’s coverage of the numerous festivals
in the UK. Though this year my fascination with the festival digital coverage
has declined, perhaps because it has been diabolical.

Before I begin to indulge in a feisty moan, I will give some
of the statistics into the BBC’s coverage of festivals. Digital coverage of
events such as the festivals and also sporting events are popular and have gone
up by 98% in recent years, perhaps because we all have the opportunity to watch
them, whether on our a televisions or simply on a smart phone. This demand for
coverage of Glastonbury, other festivals and big events is shown in the set-up
of Glastonbury, where 40 miles of the site is made up of cable and 47 cameras,
for the BBC’s own coverage of events, yet you wouldn’t know from the number of
acts shown in the BBC’s coverage. So readers, here comes my moaning of the
coverage.

I will make time to watch the beebs coverage of events but I
seem to find myself watching and viewing the same things year in year out, yes
these acts might be popular with the majority of viewers but enough is enough.
My argument stems from this year’s coverage of Glastonbury, so I turn onto BBC
3 and see the typical presenters. Two hipster BBC Radio 1 presenters, one which
is there every year and the other has been brought it to spruce the presenting
up, yet this possible agenda of the BBC has back fired. It has become so
tedious that I am now switching over half way through. Why do the presenters
feel the need to read the social networking feeds of viewers? ”Joe Bloggs said
he’s watching from Barbados.” Who gives a? To begin with, I thought that this
was just going to be a one off, yet from 7pm start to 11:30 finish, each
broadcast was made from these tweets, statuses and snaps. Why? Nobody cares, we
as viewers and payers of this have switched over to see the music and
performances of these artists not our neighbours thoughts of the coverage.
Perhaps we could see this tedious small talk being brought in, on the summary
shows in favour of the main shows. 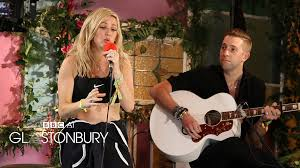 Next, why on earth do the Beeb insist on covering the same
artists year in year out and on different festivals. For example, the BBC
showed Glastonbury 2014, and the acts predominately shown were; Ellie Goulding,
Elbow, Bombay Bicycle Club and Ed Sheeran. Now why do have to sit through the
same acts every single broadcast, Miss Goulding appears at every festival, performing
the same performance and yet we have to sit through this rather than being able
to view a new upcoming act. In the same way Elbow, this act have graced
festival coverage every year with their poignant tracks why do still have to
watch this? Now the haters will jump down my throat and say, just turn over but
when you as a non-festival goer want to watch this, you can’t help but watch
the repetition just in case a touch of new jumps in. Also you will say, these
are the acts that music listeners like, well yes but can we introduce some new
into the listeners. By now, all these acts I have mentioned have performed
these sets so many times that I know what they will do. Ed Sheeran for example,
will stand there looking like a college student with a guitar singing and
trying to get the audience to sing alongside. Whilst Elbow, will just have
their front man waving his hand around trying to sway the audiences. See what I
mean?

Obviously I understand that viewers of BBC 3 are not wanting
to hear full sets from artists I like, who does? My Nan and Dad, if they did
the viewers would decline rapidly, as not many other teenagers want to hear
Earth Wind and fire or Chic perform? Do you get me? And so, my aggression
towards such a petty topic comes to an end and I find myself being slightly
more relaxed about the issue. Nevertheless we still have the coverage of
Reading and Leeds, so we should expect it, to be the same as I just listed so
Im preparing to use the internet to avoid Groundhog day.