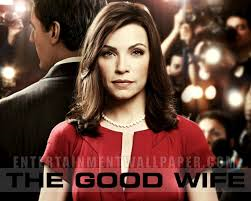 Most of you would’ve gathered now, that I am a self-confessed Netflix addict, spending most of my free time streaming new boxsets for only £5.99 a month. If they had a patch available like they do for smokers, I would probably have one. Nevertheless using this great service, I finally gave into the temptation of watching The Good Wife, an American political, legal drama series. This temptation was triggered after seeing trailers for the current series and also my teacher’s obsession with it, I couldn’t exactly resist it, and with true sass I followed the herd. Now I will tell you whether it is worth a box-set binge or just avoid it all costs and stick to comfort eating in your bedroom.

The Good Wife originally aired on American soil in September of 2009 on American station CBS. Written by Michelle and Robert King and inspired by the American political scandal of Bill Clinton, The GW focuses predominately on the wife of disgraced States Attorney (Chris Noth), Alicia Florrick (Julianna Margulies), whose husband in the first episode is sentenced to 10 years in prison following a sex scandal whilst in office. Now in prison, Alicia who has been a stay at home Mother to Zach and Grace for the past 13 years must now fend for herself under the scrutiny of Peters Mother, Jackie. Luckily for Alicia, she was friends with Will Gardner, who now is a name partner at the very successful Chicago based law firm “Lockhart and Gardner”. Gardner gets her the position of 1st associate, she takes it and the first few episodes focus on her settling into life as a working Mother. As viewers we also see her relationship with Will, to begin with we believe it to be a friendship but
learn further down the line that these two were in a relationship at law school. Therefore sexual tension being predominant the whole way through. Unlike other legal dramas such as Suits and Damages, this series looks at life in and out of the court room which makes it even more addictive because we see the trial building up and new evidence being brought to life by the firm’s secret investigator Kalinda Sharman. 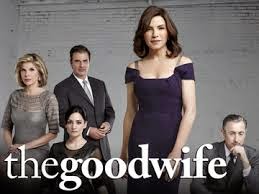 So that’s the basis of the show, I don’t want to divulge into telling you storylines and future episode goings on because that would spoil it; unlike other shows you really do need to watch it for it to intrigue you and grab your attention. Since studying law at ALEVEL, I have become strangely obsessed with legal dramas I think because I understand particular elements of the series’. What I love about this show, is the mixture of cases it divulges into, it comes up with new and exciting cases all the time, whether they are reoccurring defendants or just different points of law they are still so exciting. Also you begin to know all the lawyers at the firm because Alicia has to work with all of them at some points. Thus you never being bored with Julianna’s character because she is surrounded with different characters and she adapts to suit the other lawyer. Although I have become totally in love with this series, one thing that does surprise even to this day and many other viewers, is the title itself “The Good Wife”, from first impressions we assume that it’s going to be about housewives being dirty ladies behind their husbands back. Instead we get a political and legal drama, so the saying “don’t judge a book by its cover” definitely matches to this series. This is a criticism with Netflix, now why have you not added the recent series (5) onto your service in the UK? Because I have had to spend ages searching for other providers of the series. However I do understand that you have many other series to keep up with to maintain a great customer loyalty like myself.

Overall, put the comfort pizza, malteaster and repeat of Top Gear on pause and subscribe for £5.99 to Netflix and spend the next few weeks binging on this amazing TV series, I promise you that you will be hooked and want to be Alicia Florrick!