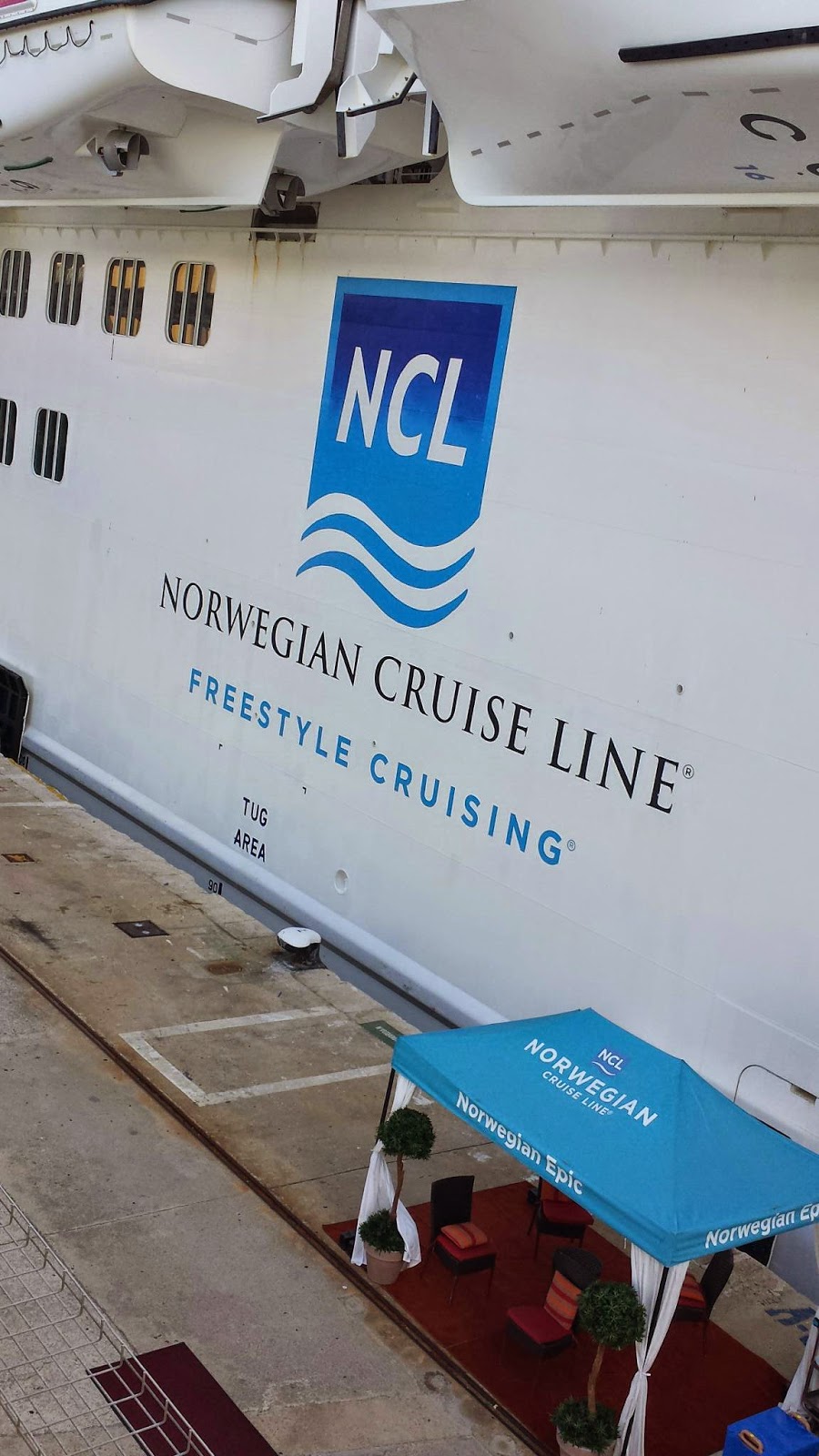 Landing in Barcelona, we were met by our rep from NCL who stood in the arrivals with a card, though not clearly visible to all of our party we still managed to find him. Once at the port, be prepared to queue for a while, which is expected when catering for 4,000 passengers.

Once on board and having explored the main entertaining decks, we went to the Garden Café which is actually the buffet, having two counters on the outside and many inside the ship. My advice is for you is for you to just leave your stomach for a few hours, because everyone boarding at your port has the same idea about stuffing themselves. Do other things to entertain yourselves, such as registering your children for the kids clubs, teens clubs, swimming classes, spa retreats and fitness classes just to avoid the food rush. The buffet itself is one hell of a buffet, its so good and not expected of a cruise ship. From American to Chinese, the cruise buffet caters for all of food tastes, so if you want you can live in the buffet living on chips (fries) or eating their great salad carts. But like roads, avoid peak times.

After an hour of eating ourselves silly and exploring our home for the week, we went up to our balcony room on floor 13 in room 13256. The rooms themselves catered for 3 people, two single beds which looked like a double bed and then a sofa bed which pulled out, the room itself was compact but you spend so little time in your room that it doesn’t really affect you. For us, we pulled the mattress from the sofa bed out onto the balcony and used it as another bedroom which was better for night times as it felt less compact.
I’ve been reading some reviews from the month before we set sail and saw that the staff weren’t up to a certain standard which I completely disagree with, the staff that we had for our entire week whether in the buffet, speciality eating places or just in housekeeping were friendly and incredibly attentive. Complaining about staff is being very silly as there wasn’t much they could do to even improve the service.

One word of advice would be for you to plan all your trips in advance like we did because it means you can leave relaxed, similarly I recommend that you use private shore excursions in favour of using NCL tours as they are ridiculously expensive for what you receive, a day surrounded by 40 other passengers sat on a coach all day, in favour of being surrounded by 5 others on a mini bus or on foot.

CIRCUS DE SOLI + DINNER: don’t get premium tickets, stick with standard as there isn’t any difference apart having front row seats which aren’t even great for getting a good view

MANHATTEN BAND: lead vocalist is really good but the others just look miserable and do not liven up the audience.

BLUES AND JAZZ CLUB: no blues or jazz

Garden Café: Yes for breakfast and lunch, just have a good set of eyes and running legs to spot and get the best table, the choice is amazing.

Irish Bar: reasonable food, but an Irish bar that doesn’t sell Guinness is a little peculiar.

Dismemberment is madness, a day before your leaving date you will receive an envelope containing times which NCL expect you to be off the boat being at 6:15am to 9:15, which are silly times and tags for your luggage. Depending on your capability you can get a staff member to collect your luggage if you leave it out before 11pm the night before your check out time. My advice is for you to have a morning flight booked because otherwise you will be in our shoes which was sitting in an airport for 5 hours waiting for a flight.

Despite our niggles, we had a great week on board with the epic and would book up with NCL again in the future because of their service and available food and entertainment available. An epic week on the epic.