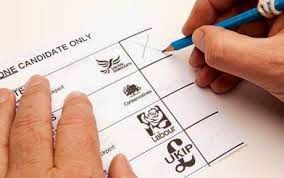 So, there is a General Election happening this year, you’d
never know would you? With all those pictures in kitchens and talks with young
people you would think that is what our politicians do with their spare time,
no, they do this when an election is in the pipe line. I can’t help, but get
frustrated when the campaign trails begin, because for the last 5 years, these politicians
have made no effort to connect with the ‘people’ like they do on their campaign.
Like, I love what you did David with your kitchen, I do, but there are bigger
issues for you to depict than your Ikea and John Lewis purchases. I’m afraid. And
Ed Milliband, don’t try and be one of us by standing in one half of the kitchen
spaces, we know you have a larger kitchen. Sorry that we solved that mystery,
just call me Sherlock. I feel compelled to write this, because I do genuinely
feel that being both a young person and a student, we do not talk about the
election or politics unless it is required of us.

So why am I voting? 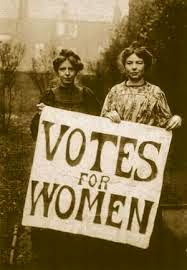 Firstly last year I turned 18, therefore I was given the
legal right to vote in the elections, our country have.  I feel that when you are given this right as a
person, you should seize it, because there are plenty of other countries around
the world who do not get this democratic opportunity like us. I also feel that
as a student, a woman and a female, it is the future generation we are voting
on, whichever party or parties get elected to govern our country; will affect
us not only for the years they are in power for, but for years afterwards.  Whether positively or negatively. We chuff on
constantly that young people’s voices get unheard, and yes they do, but when we
are given the opportunity to change this we refuse and ignore this. Why? Come
on!! Yes a single vote is not going to make up for the majority of a community
or sub culture but in the end we, should try to make a difference. 1 vote is
the difference between 1 party governing or a coalition happening. Young people
of Britain, aged 18 or over, 32% of you vote, this is less than our
grandparents, where 65% vote! Yes! I sometimes think that it is because in
schools we do not get educated about political policies. I think this has a lot
to do with teachers own political views coming through, but whether this is
true or not, we live in a country where we should use others views to shape
ours. Schools spend hours and hours on teaching us about Pythagoras and algebra,
which practically, are topics we never discuss. So why not slot in an hour a
week during the election years presenting the younger people with a list of
what each party stand for. Especially for the sixth formers who are in their
peak of voting. Sorry for that rant, so yes that’s my first reason, I was given
the vote last year so I am using it.

Secondly I am voting as a female. Before I was born and many
of us were born, hundreds maybe thousands of women protested and petitioned for
women to get the vote, because up until 1918 and 1928 for over 30s,  us women never had the legal right to vote in
an election. Girls now listen! Your long lost female relatives spent years
struggling to get the Government to see sense and let us vote for our country’s
policies, women were injured. Some even died; you say you ‘can’t be bothered to
vote’ I think that’s shameful, on behalf of the Suffragettes who did go out
their way to get us the vote, I will get off my lazy backside and walk to my
local polling station to cast a vote, both for them and for the future of my
country. Moreover from this, I think theoretically if you have not made your
vote out of idleness, than you shouldn’t then spend the majority of your time
making comments about the politics, because you had the opportunity to change
this, but decided to sit and watch Pointless on the BBC, because like the show,
you thought your vote was pointless. Yes I am talking to you.

Again, I am sorry for wasting 909 words on another rant, but
like many I think sometimes we should step away from blogging about the latest
lipstick and comment on the real things happening and making the news, because
unless you are Susanna Reid, the choice of glasses you wear are irrelevant, so
make a comment on something important rather than trivial dribble.

I also
refuse to disclose my political views publicly, they will remain anonymous.