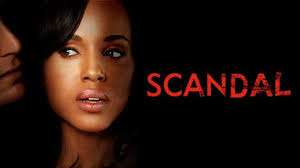 As this goes live, you may or may not be watching the season
finale of Scandal on Sky Living. For me, I was sneaky and gave into temptation
of watching it online because I couldn’t contain myself. So what happened last
time? Im going to give a rundown of what happened to give us a recap and for me
to write a proper review. Here goes…

The previous episode saw Huck and Quinn torturing Russell,
Olivia Pope new beau who turned out to be a B613 agent who her Father had sent
to seduce her. Is it me or was that quite creepy? Imagine having your own Dad
send a man to seduce you, quite creepy really. The gladiators were asked by
Pope to get out of Russell what ‘Foxtail’ was, this was a code name for what
turned out to be Mellie. OMFG! I was really shocked, in the previous episodes
leading to tonight’s final episode of the season, we have learnt that Papa
Pope, is always 10x steps in front. The previous episode, centred about the
Navy and military rape, ended with Mellie being led into a room with Papa Pope,
but what happened?

This week’s episode, began with how last week’s ended, with
Mellie being greeted by Papa Pope, they continued their ‘meeting’ where, PP
requested that Mellie got hold of a list of names; unknown to us they were the
names of the Grand jurors who would listen to Jake Ballard and Huck’s
testimonies about their time in B613. The organisation Papa Pope runs. Mellie
at the time, was unaware of who PP was, or his true intentions. As highlighted
with a fake Texan accent he had put on. Why did he want the list? It would turn
out that within minutes, the Grand Jurors would be in a coach, dead with their
throats slit. 2 questions you have, who did it? And why? Well, Papa Pope
commanded the request, because the testimonies from the Gladiators would result
in him going to prison, and many secrets about the Republican being released
potentially causing massive disruption. The person who did this, though was…….Huck.
OH no. He gave into temptation, like I did with watching it 3 weeks early. The
last time we saw Huck give into temptation, was when he killed the lady who was
preparing to sell stories on all the elite on their sexual activity with her,
in the episode ‘Kinky’. Skip 20 minutes before the end and Quinn is stood
looking ‘well hard’ preparing to tell Huck that she knew it was he who killed
all those jurors on Papa Popes request, showing how Huck has been manipulated
by the agency into killing at the sound of PP. 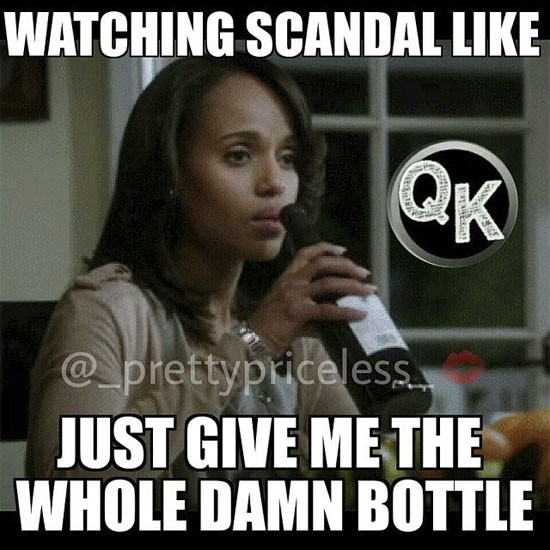 Elsewhere in the White House, Mellie discovers that the list
she gave to PP was actually going to become a kill list, such a list resulted
in a media storm, with the murder scene being on all the news cycles. Unknown
to the press, it was the First lady who essentially ordered it, through PP’s
manipulation and her desire for the Senate position in Virginia. Who else finds
out? At this point, nobody is aware of whats happened other than her campaign advisor
Elizabeth North and Cyrus Bean who she has confessed to; he is on a mission to
stop Mellie’s name being damaged, in order to covers it up, he goes to the extreme
of hunting down Maya Pope, Olivia’s estranged terrorist Mother who subsequently
became the central plot focus of the last series.

After this entire situation, Olivia understands how scheming
her Father is, and how far he will go to see her lose against him. So she goes
to the CIA, who for them are shocked that she knows such secrets, they claim to
not be able to help her. Unknown to Olivia, Cyrus has already been to the CIA
to cover things up.  In-between all of
the scheming, we finally see what a lot of the fans of the show, have been
waiting for, OLITZ. Half way through, they decided to have a phone call which ended
with Olivia saying to Fitz ‘now that’s the man I voted for’, with the music of
Olitz playing, we were all left wondering whether this was it for the Olitz
romance. Then came the ultimate plot twist!! Fitz fired Cyrus after being told
by Elizabeth that he had covered up Mellie’s entire scheming plan, including
having Olivia arrested then he tells Mellie to leave the White House and their
marriage is over.  After his mass firing
of his personal and working life, we see Fitz walking down the White House corridor
looking like a lost dog. Soon we see him and his agents going to Olivia’s apartment,
she is nowhere to be seen and so he returns to the White House feeling sorry
for himself. But OMFG, Olivia was stood on the balcony and they shared a kiss, with
Here comes the Sun playing. It was a beautiful moment for us Olitz fans.

For me this season finale, was not as strong as other season
finales. The numerous plot twists were incredible though, we had the firing of
Cyrus which was never expecting, this will be exciting to see for the next
series and how Shonda continues his character development. With the release of  Maya Pope I will also like to see whether
Shonda departs from the whole secret spy show, because the entire season has
focused too heavily around the minds of spies. Both in terms of Olivias kidnap
which was like an episode of Lost, then we had the continuing on from her
Fathers re-appearance. This season has also give us a lot of Mellie, a
character who was originally only meant to be a fly type character, appearing
in a only a few episodes of a season, but now she appears in most episodes. I
feel that her character combines humour but also quite a manipulative
character, going out of her way to get what she wants. She personally wants to
strive politically.  I really didn’t like
the cliff hanger with Huck, I really like Huck’s mysterious character, one
minute he appears to be really sentimental about his family and Olivia and then
we have his murderous streak that just strikes every then. But in terms of
overall opinion, I was completely in love with Olivia and Fitz’s ending scene,
the Scandal team finally did the right thing and gave us what we wanted. I
really hope this whole episode was not just a dream, or that’s it for Olivia’s
love, because she seems to be never lucky in love. For example we should look
at Meredith Grey, after numerous seasons where her and Derek were at war with
each other, Shonda finally got them hitched. Therefore it is Olivia’s turn to
have a season of great love, like Grey did.

So that’s it until September for us all, and I think that we
have had a rollercoaster of emotions this season.