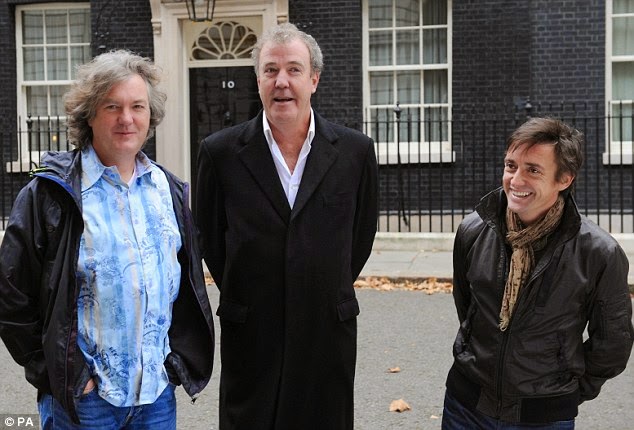 From Mid- March of this year, newspapers and social media
have been a wash of updates from speculators betting on the BBCs decisions with
both Jeremy Clarkson and their biggest money spinner, Top Gear. I have spoken
on many occasions, sharing my views, often retweeting amusing or general tweets
I agree with but that social forum doesn’t provide a long enough writing
platform to share my ‘thoughts’ on the latest update in the story. I also asked
my followers on Twitter for suggestions on what to blog about and they
suggested this, so before put you write silly comments, please leave it in your
brain, it was suggested to me and I felt that a the words would come out easier
than If I wrote about an alternative topic at this moment in time.

The initial outlook for Top Gear looked bleak after the BBC
decided not to renew Clarkson’s contract. However the BBC realised that ending
Top Gear meant that they would lose a £70 million asset to them; meaning no more
fancy lunches and pilot shows that could be funded so they kept the show, this
meant trying to persuade their other presenters James May and my love, Richard
Hammond to stay and present their money maker without their pal. Despite the
BBCs optimism, both presenters came out making pretty clear they would not want
to continue the show without their friend, suggesting it be ‘awkward’ with a
Clarkson replacement. In my opinion this was admirable, they allegedly had
turned down £1.3 million to do it, in favour of friendship. Obviously we are
unaware of the deals currently circulating in their houses and mobile devices,
we can imagine, that many broadcasting firms like ITV and NETFLIX would like
the idea of having the presenters. With all three ruled out, the BBC and the
public were after 3 replacements. Chris Evans was the favourite, he claimed in
the initial circumstances that he would refuse the offer as he is too much of a
friend of the others to take it and a fan. 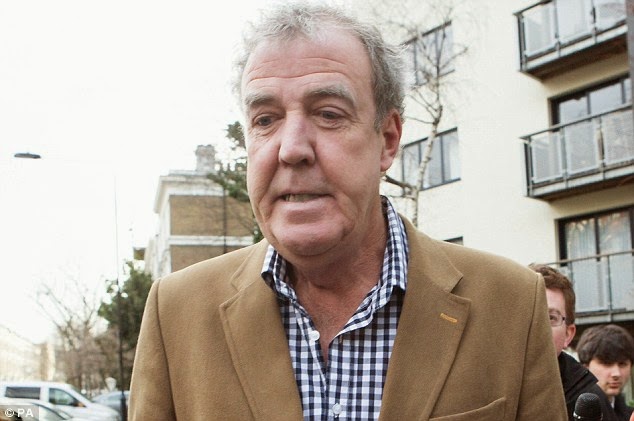 3 months down the line, he is fronting the anniversary show
of TFI Friday. I must admit now, that TFI Friday was an embarrassment, quite
cringe worthy if I’m honest. I wasn’t around first time to see it, but seeing
it now; Im glad my parents hadn’t thought about me, if I would’ve sat through that.
On this show, we saw Clarkson and Evans sitting in a supercar *my knowledge of
cars right there* discussing how to be a Top Gear presenter and Evans saying ‘Ive
already said no’, then he brings Lewis Hamilton on and Lewis says ‘so what is
this news with you and Top Gear’, Evans responds with ‘I did say, never, but
now I am saying never say never’. This sent Twitter into a frenzy, within a
matter of days, he was announced as Clarkson’s replacement. He then announced
on the One Show the next day that he would be producing and being in the new
series, being both the Andy Willman and Clarkson figure. Also announcing that
to find new co-hosts he would hold auditions the same way that Hammond and May
were found. So what are my thoughts? Since the news broke, I have had many
texts and questions from friends and family asking me my thoughts; rather than
saying them over and over again, I felt it’d be easier to write them here and
direct them to here.

I should put it out there right now, I have no problem with
Chris Evans as a person or a famous presenter. I listen to his radio show as I am
sat on the motorway in my vehicle and enjoy it. Mainly because he plays most of
the music that is sat on my Itunes library. I am also hoping and praying that
Hammond, Kylie Minogue, Madonna or Alex Turner may drop in for an interview, it’s
happened once. Since Clarkson’s many outbursts on the television, it has been
made obvious that Evans holds a close relationship with the entire show and its
team; watching it religiously like my family. However with this proximate relationship,
he would just say no. Did he? No! When the BBC finally mentioned, the slightest
mention of the pound, Evans head popped up. Evans will now become the highest
earning presenter at the BBC raking in £5miliIon from the radio and TV.  I was saying to my best friend yesterday, why
say never in the first place, then months later come round and  say actually yes please. It’s so sly, it
would have been easier for him to admit such interest in the beginning to make
it less of a shock in the subsequent months. I also want to say why, did Evans
read out the text messages that the others had sent to him with their support,
were they not private and for the phone of Evans? Or did they start their
messages off with ‘Alright mate, share this on the radio’ I doubt that for a second.
He could have said, I have spoken to the others and they’re fine with me taking
the job and am in full support.  I also
have doubts on the future of the show, millions of viewers watch this show for
the chemistry of the presenters, the banter and the general stupidity. Some do
watch it for the cars and the other funny stuff is a bonus, but has anyone ever
said ‘Chris Evans is a real funny bloke’ I have never heard those words
unfortunately. Yes he had a turbulent period in his life, being sacked from
positions and then he got his life back on track so might have similar tendencies
as Jezza but nobody can replace those big shoes.

Evans also announced that
his co-presenter might be a woman, this is the meddling of the BBC if we are to
go with what Andy Willman wrote in his column in July’s edition of the Top Gear
magazine. In the edition of the motoring magazine, Willman made clear that had
he and Clarkson had put their feet down, otherwise a woman would have been in
James Mays position. The meddlers even suggested that Hammond be replaced after
the first series due to them not being confident about his ability. That soon
changed.  The BBC do believe from what I have
read, that women watch a show if a woman presents it. I find this ludicrous,
because firstly I am a woman, do the BBC not understand that most women watch
the show either for a crush like myself or like the show as it combines the
whole family? Not because a man or woman is presenting. This is not me
suggesting that females cannot present a car show, but why should the BBC belittle
female viewers, assuming that these viewers will watch it for a woman. 50% of
the shows viewing population was female. When I went to the recording, a lot of
the audience were made from women. Yes BBC, women. I also believe that when the
BBC decided to not renew Jeremy’s contract they signed a death sentence for Top
Gear. If it works out with this revamp then wonderful but Im not sure, millions
watched it for the men who bought it back from the rubbles. Jeremy Clarkson
might be a right wing, middle class man but at the end of the day, he appears,
from what the papers tell us, a very intelligent man. He managed to create and
revamp a failing show into a global money making success for the BBC. Whether
you like him or not, you shouldn’t belittle the man’s achievements. In total
honesty, I didn’t realise 9 years ago, I would find a short motoring journalist
very lovely,  following him and his mate’s
adventures 9 years later around the world. What I can say is, is this show has
managed to cheer me up, bringing my family cluster together on a Sunday evening
laughing. Sadly I don’t think I will even tune in, because I like Hammond and
May will be loyal to them. I will follow their journey, but good luck to Chris
Evans whether he manages to revamp it again like Clarkson did, or he decides to
just change the entire show. We’ll see what happens from the Daily Mails
coverage of the show. I should point out that for the next three years that
Evans has it, he is a columnist of the Mail in their Event magazine, so we won’t
see any negative articles featuring Evans with Top Gear or will they betray
their own columnist and be sly? Hmmm…

Let me know in the comments below what you think? Do you
admire or do you think Evans is making a career defining move? Or is he is
being rather ambitious? What do you think? Join my conversation and follow me
on Twitter too!