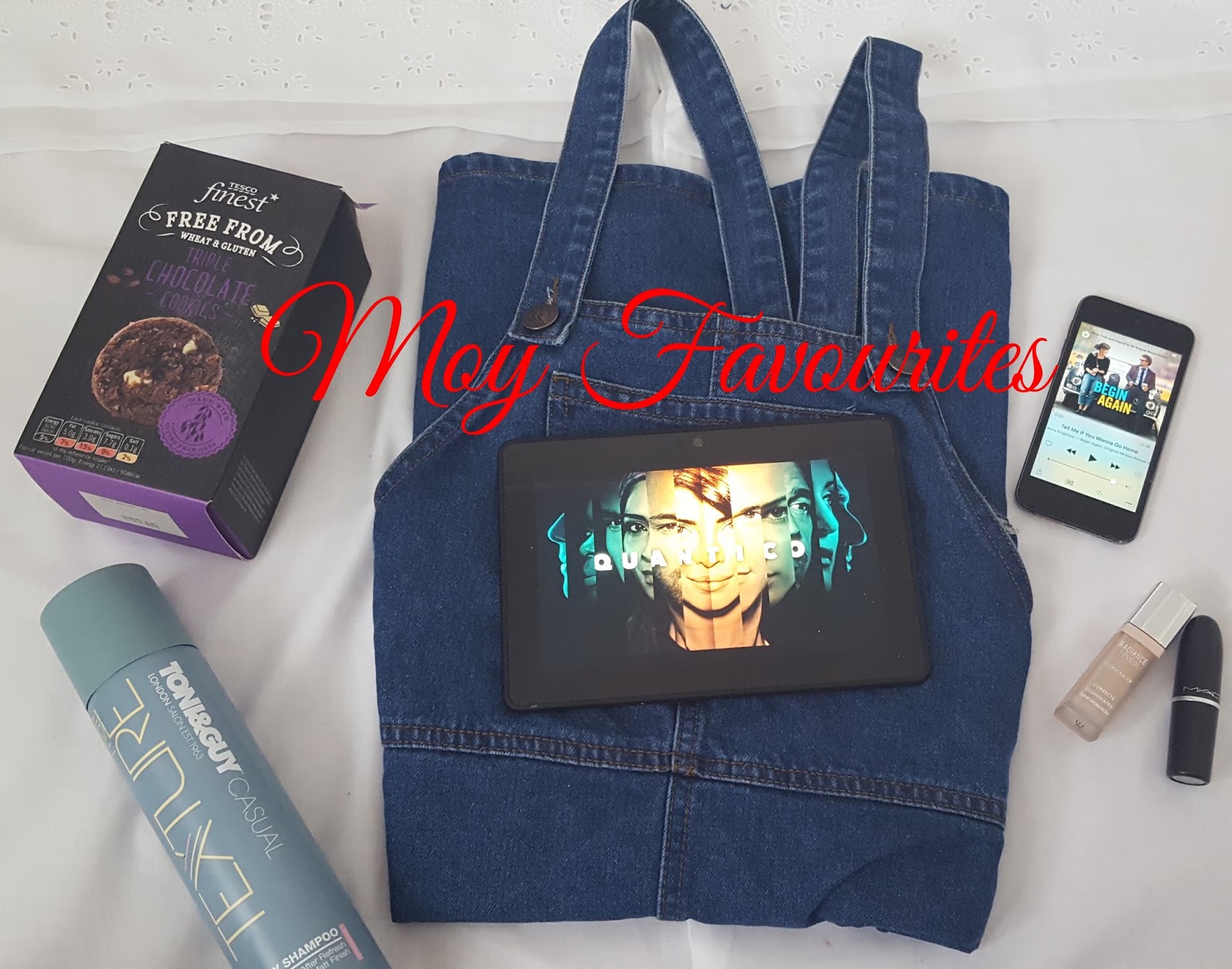 If I was on Youtube I would start this post with OMG I can’t believe that it’s May and that this year is going super quick. Im not a Vlogger so I will cut the bull and write on.

Despite May featuring for the most part exams and revision I did find a few things to enjoy and use on a frequent basis. Those items I want to share with you today.

Bourgeois Radiance Concealer: This product was highly spoke about by Zoella in her monthly favourites a few months back. Though I was reluctant to buy into the products she raved on about because most of them had been sent to her and I don’t want to be fooled into the Zoella advertising gimick. Yet here I am about to write my comment about it. This concealer is brilliant for highlighting your under eye circles and highlighting your brow bone. At £7.99 this concealer is ideal and the minute I apply I look 10x more awake than I did previously. So what I saying is, thanks Zoella for the recommendation. Back of the net for this purchase!

Mac Matte Mehr Lipstick: I like most girls my age have a love hate relationship with Mac. I love Mac’s lipsticks but their ethics with animal testing I despise and think is terrible. Yet I always end up buying a new lipstick when I have a department store voucher or money from relatives. I purchased the lipstick, Mehr. A nude shade with a tint of brown in it. I like a nude lipstick but I am a bigger fan of nudes when they have a dark shade within them because I like to know I have a colour on my lips. This colour last on the lips really well and the pigmentation is just brilliant. Thank you Mac!

Toni & Guy Dry Shampoo: For Christmas I received some Toni and Guy hair products and I was super impressed with how good they were. Smelling lovely and leaving my hair feeling soft and gentle. Whilst in the cupboards of our bathroom I found the Toni and Guy dry shampoo and was so impressed with how it made my hair feel. I loved how it made my feel a little cleaner in-between washes and how it gave my hair that texture which sometimes goes missing when you wash it in the shower.

Tesco Finest Gluten Free Triple Chocolate Cookies: During the Winter of this year I found out that I had an intolerance to wheat which came as a surprise because I was complaining of tummy pains and tiredness but had failed to pick up on food being the cause for it. Wheat flour is near enough in every single item especially snack items and so I am grateful for supermarkets recently adding free from ranges to their shelves. I discovered these chocolate cookies and am so glad I did because they taste just like traditional cookies from a bakery. The difference being that I don’t get an allergic reaction from eating them.

Denim Pinafore dresses: Over the past few months I have been undergoing a wardrobe change by binning clothes I haven’t worn in months and just throwing away clothes which I don’t feel fit my style anymore. I decided to give into the pinafore trend and have fallen in love with them because it means that I can wear all my snazzy shirts with the pinafore and they still look classy and fit my style.

Begin Again Film/Soundtrack: I absolutely adored this film and the soundtrack, the soundtrack has a really classy sound. The film tells the story of Keira Knightley’s character who goes to New York city with her boyfriend Adam Levine who has just got a record deal. She goes out there to discover he has been cheating on her with his new assistant. Knightly’s character is also a song writer and gets discovered a record producer who has just been fired from his own company, he wants Knightley and him to produce an album together in the heart of the city. I admit that it is probably the worst plot synopsis ever but I truly believe that to appreciate it you have to watch the film.  The film is beautifully set and just has an incredible soundtrack to accompany it. I would highly recommend the soundtrack if the film doesn’t float your boat.

Quantico: This show I absolutely fell in love with, the minute I watched the very first episode because of is gripping and plot twisting story lines. The series follows a group of FBI agents in two stages, their training and then the graduation. It follows Alex Parrish who after graduating the FBI academy gets framed for a terror attack in New York City. The person who has framed her is somebody close to her and who has been in the academy with her, so we are given the past and the present together to work out who is behind the attack and the framing of Alex. I will say this to avoid spoilers, the person who has framed Alex is the person you would least expect it from. I have attached the trailer for you to have a peak at it, wet your appetite.