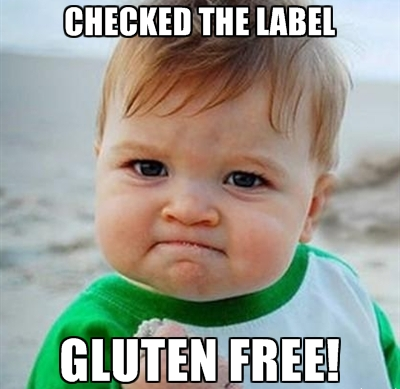 I, like hundreds of other people in recent years have discovered an intolerance or an allergy to wheat. This sounds strange but it isn’t in fact. Now a days each of us could be intolerant to something in our diet without even realising.

This came as a bit of surprise because for months it was being diagnosed as irritable bowl syndrome but I knew it was more than this because I was becoming drained and tired all of the time. For girls I think any sort of internal problem is always considered hormone related when in truth there could be something else underlining. I decided to begin cutting out certain foods, foods with reputations of allergens so wheat being one of these. The minute I cut the wheat or gluten out of my diet, my symptoms of waking up feeling sick with a painful stomach or just feeling drained all of the time had become non existent. The second I would encounter wheat I end up with the same symptoms which for me just meant it was a wheat allergy.

As a result of this I have spent the past 4 months eating mainly a wheat free diet which meant looking at everything I ate and drunk in small or large quantities. So I never knew until I begun investigating but vodka my typical choice of alcoholic beverage can be made with wheat which became obvious when after every heavy drinking night when vodka was involved I would end up poorly which was not related to the alcohol which was sort of weird to think. Similarly the drink Vimto has barley in, barley is a wheat form and is in beer which for doesn’t really bother me. Though it being in Vimto is rather annoying because I adore the drink, I can drink it fizzy but when it is still I end up feeling bloated all day which is rather frustrating when you’re uncomfortable at work as a result of an innocent drink.

The obvious foods that you cannot eat are mainly the carbs so bread and pasta. These foods are the new food enemies the minute I eat either of these don’t expect to see me any of me for the day. Bread I can eat in really small amounts but has to be white bread because wholemeal is satan to my insides at the moment. Pastry is another item which is off the cards and as many of friends have come to the conclusion it just means I cannot be a customer for Greggs anymore which is true in fact.

With all this in mind and my food posts on Instagram and Twitter going down very well I decided to share my recipes and gluten free food items on here. This is because if you cut out wheat or gluten for a week it can have benefits whether you are intolerant or not. I am aware however that gluten is a protein and is required for some peoples’ diets however for people like myself it is possible to cut it out and have no bad effects. Therefore I want you as my reader to embark on this blogging series with me. For the next few blog posts they will be wheat free, and healthy. So call me Nigella Lawson.