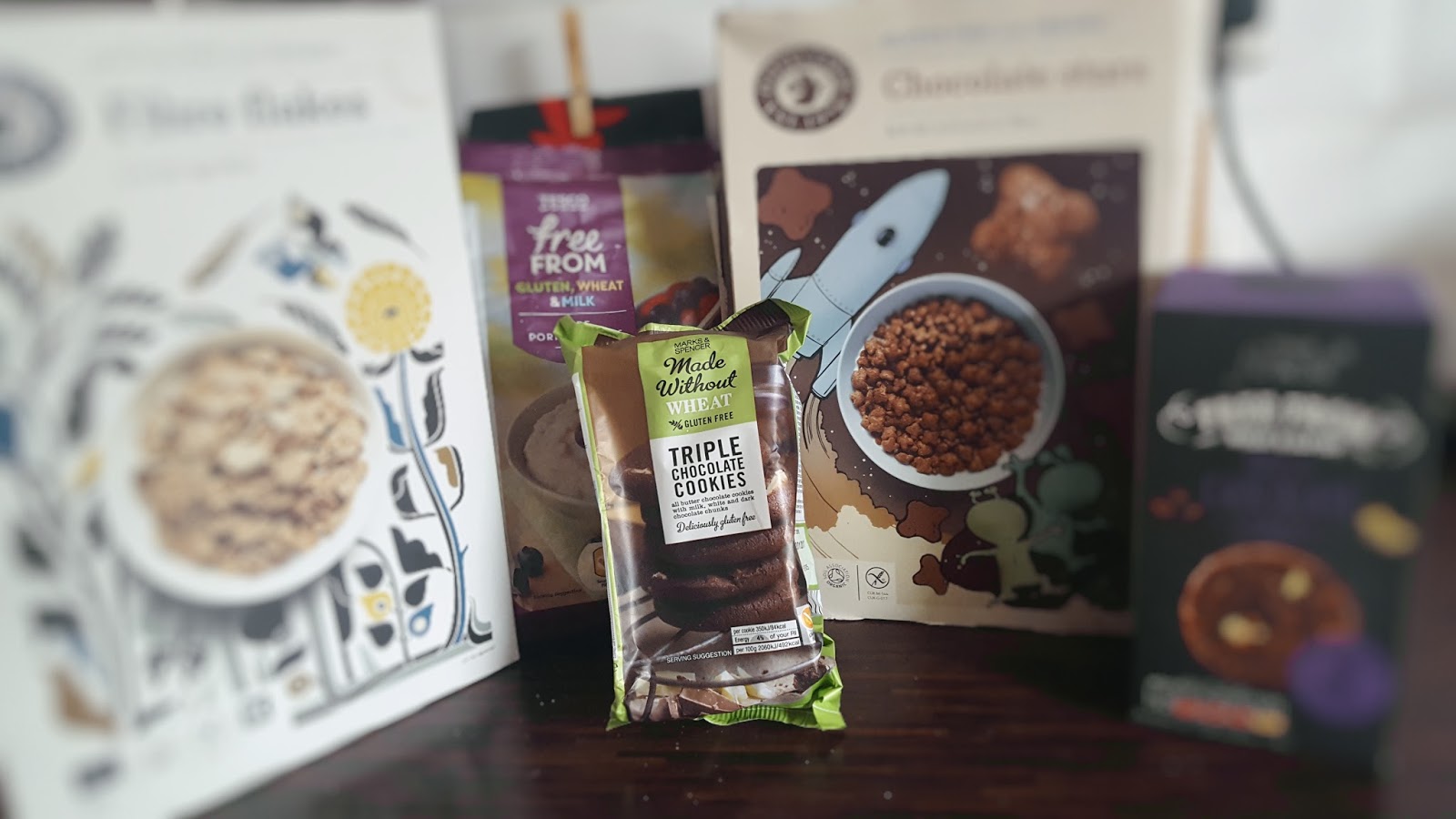 Me writing this, is as surprising as you perhaps reading it because now with my third year of Undergraduate study well and truly underway I thought my posting days were behind me but no. I have found a few hour to edit a photo and write a new blog post. Go me!

Back in June time I wrote my Gluten Free series which was a collection of blog posts featuring gluten free recipes and the recipes I featured went down really well and lots of you read them whether you wanted to or just felt obliged to do so. Whatever your reasons for reading them I was very grateful. I wanted this time around to feature a few of the products I keep in my family’s cupboards. These are not the healthiest options but let us call these items that us gluten free dieters diet find hard sometimes to incorporate or exclude from our new diets. 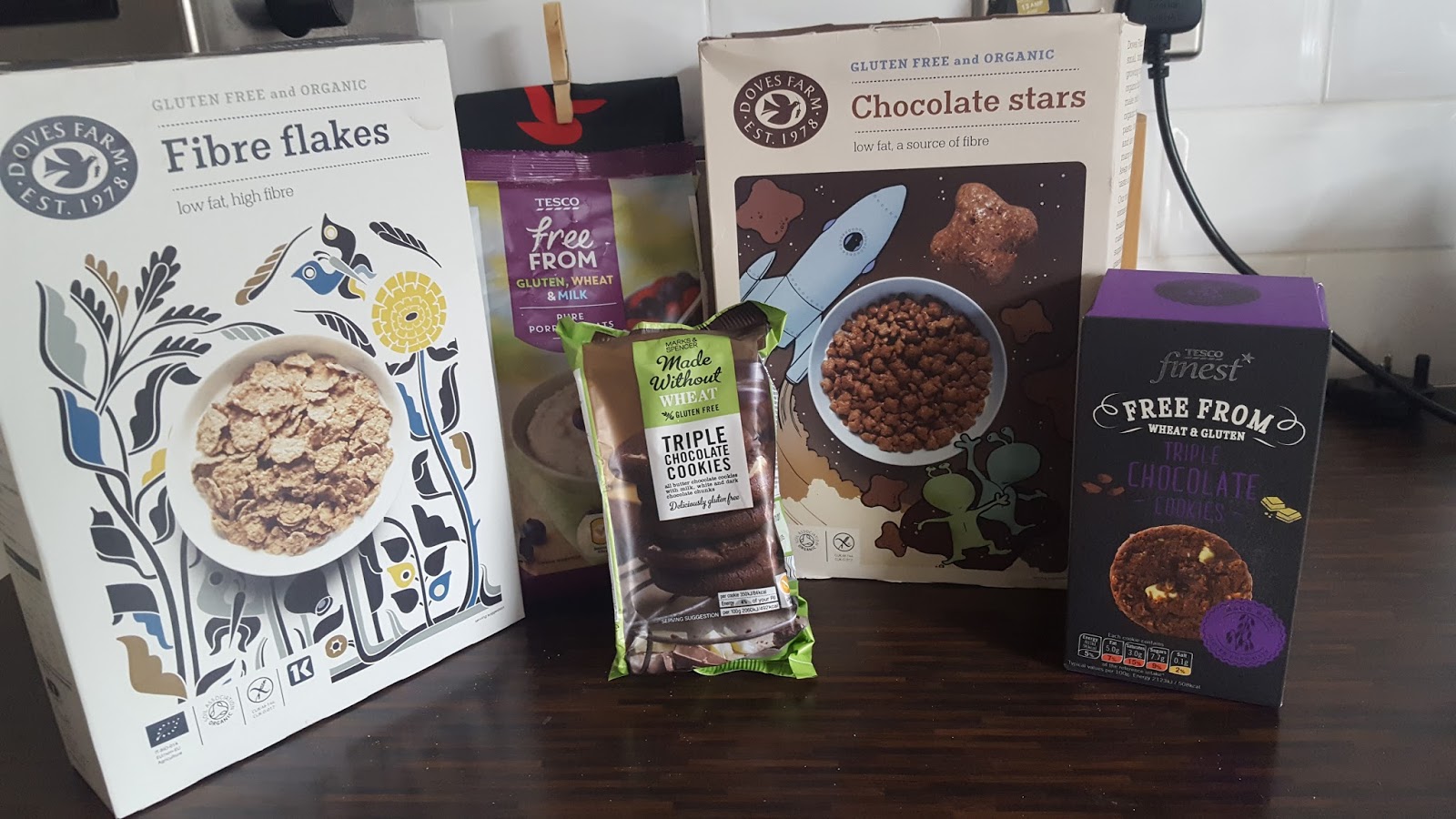 When I first tried these I was not keen I thought they were super dry and had a really peculiar taste and texture inside your mouth. I then tried an alternative cooking method which was to make a bowl of porridge via the hob. For years I had used porridge oats requiring just a microwave but gluten free oats are formed much differently so require an alternative cooking method. When I first tried this porridge I just cooked it in the microwave as I would gluten formed porridge but this was wrong as it was dry and had the worst texture every. My advice with these oats would be to, put them into a sauce pan on a heat on your hob and then pour in your milk now this is personal preference. I usually hate lots of milk because I hate the taste of milk and it makes me feel slightly ill nauseous. But with these oats I’d recommend a big amount of milk just to give the porridge that creamier feel its known for. I then add some blueberries and strawberries and a dollop of strawberry jam. This is much quicker than it sounds and is a perfect breakfast for on the go and when its a workout morning.

Now these I tried on a bit of whim because I was in serious and desperate need of a cereal to replace my much loved Special flakes. These are probably not considered to be like special k but I find that the texture of these is the closest to the Kellogs, Special K. Like the Special K I serve this with two scoops of cherry Onken yoghurt alongside a generous helping of summer berries frozen or fresh. I wouldn’t say that there is a huge taste either which is peculiar as most gluten free alternatives taste much different. The bread for example is vile and I would rather go without bread than have a gluten free sandwich. These I have seen in most of the free from isles in supermarkets so are easily available and if you are looking for a cereal to go to these are fab choice.

Until I was uploaded the photos onto my laptop I realised that I had featured to brands of the same item. These cookies are very much worth the hype. I have featured the Tesco Finest cookies on a previous post which like the gluten free series I shall leave below and very happy with this find. I was always a fan of the supermarkets bakery triple cookies and was always crippled with gluten induced symptoms until I found these bad boys. They are such a good alternative to the bakery range the best thing about them is, is that they dont have the gluten free biscuit taste that many other biscuit dupes have. The digestive gluten free alternatives have a rather oaty and cardboard texture yet these are heavenly. I find myself eating these and have to stop myself eating the entire box. They retail at £1.99 which in my opinion is actually very cheap in comparison with other products in the free from ranges as most of the products on these isles are stupidly expensive and is one thing I hate.

Now who said chocolate at breakfast time was illegal? Nobody, because it isn’t. I do try to avoid any chocolate based products because I think they are riddled with sugar. This cereal may or may not have a high sugar count but I find them to be a good dupe for the normal chocolate based cereals. A good find if you are in Morrison’s as they seem to be the only supermarket to stock this particular cereal.