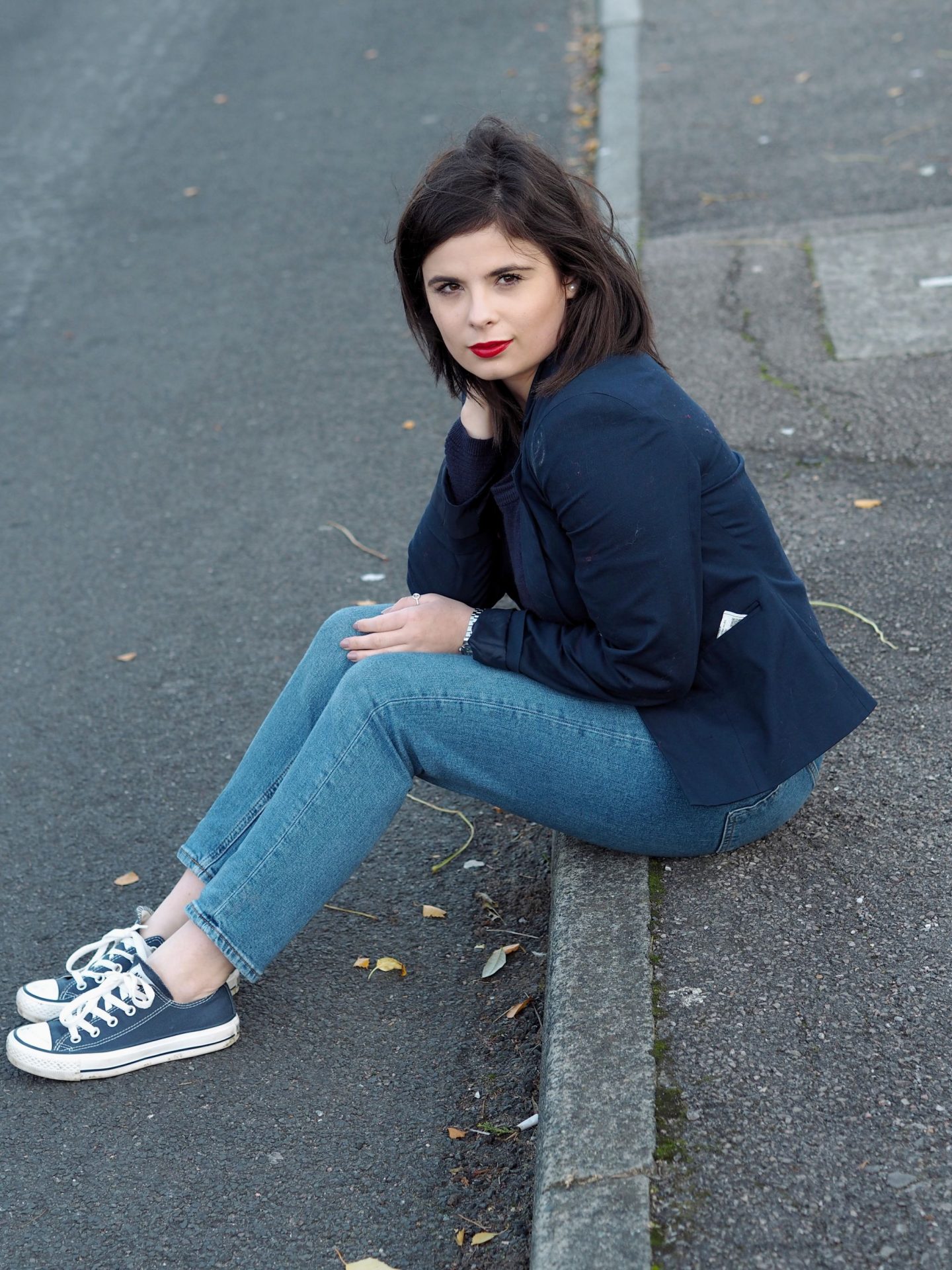 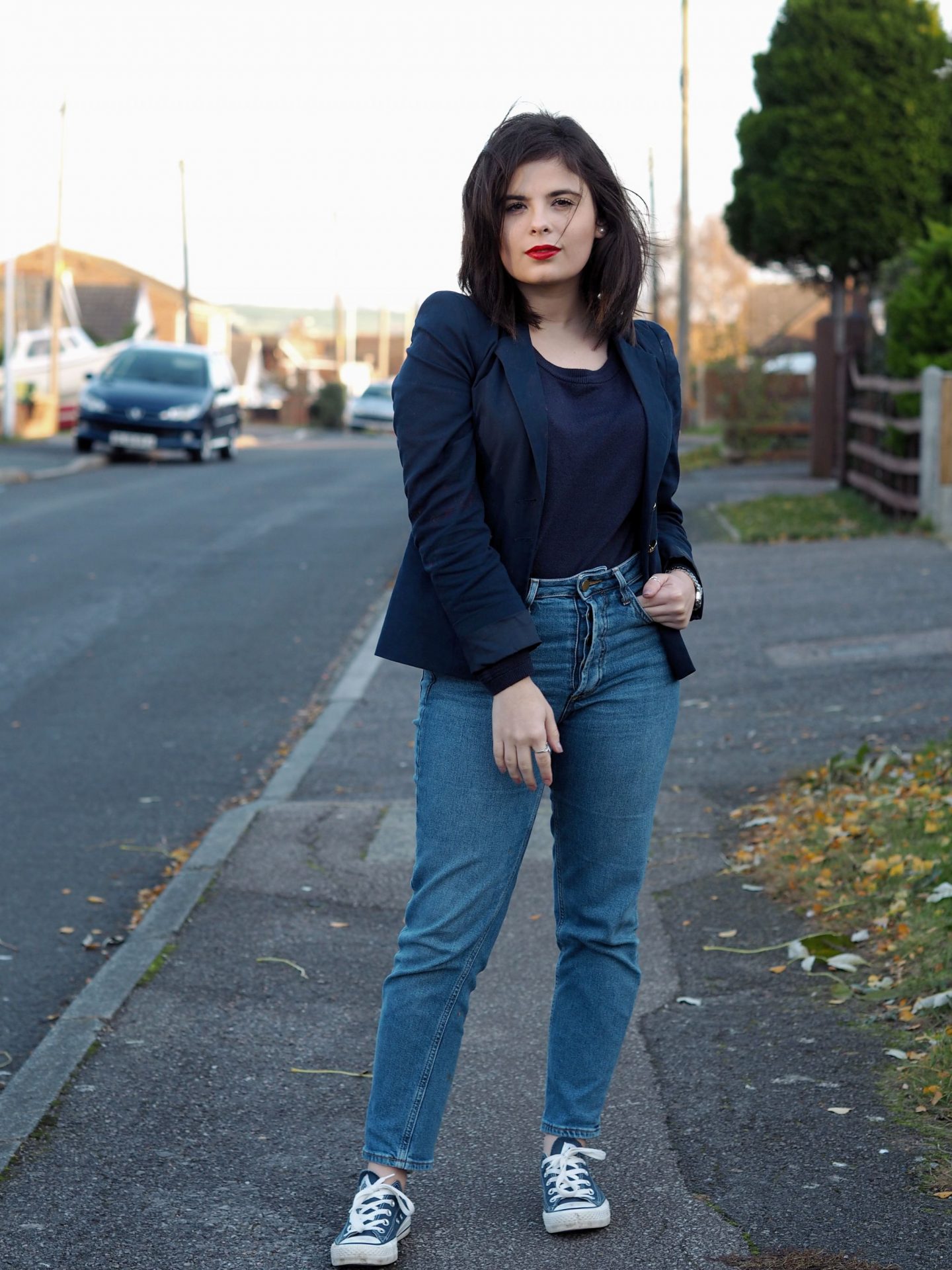 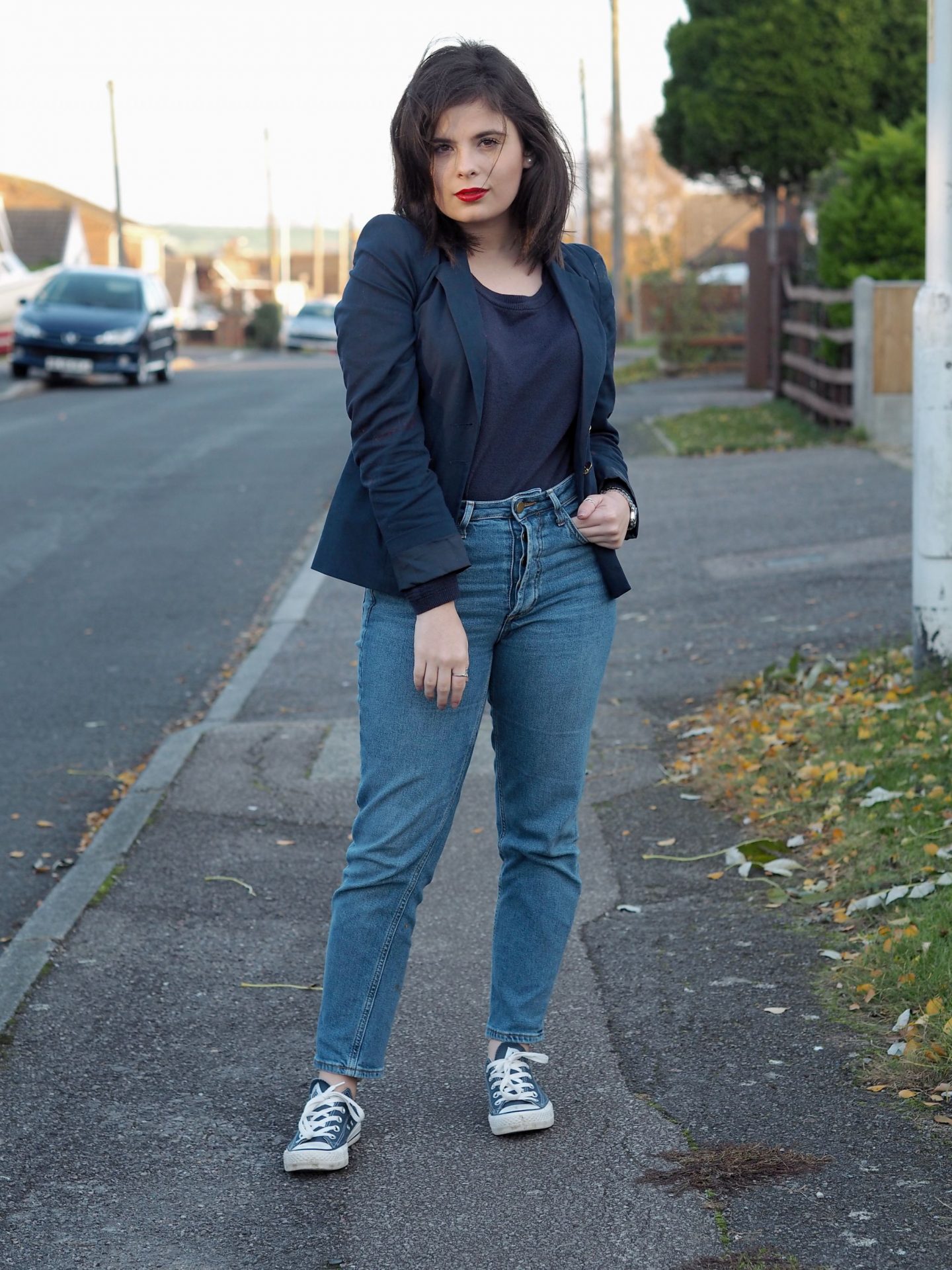 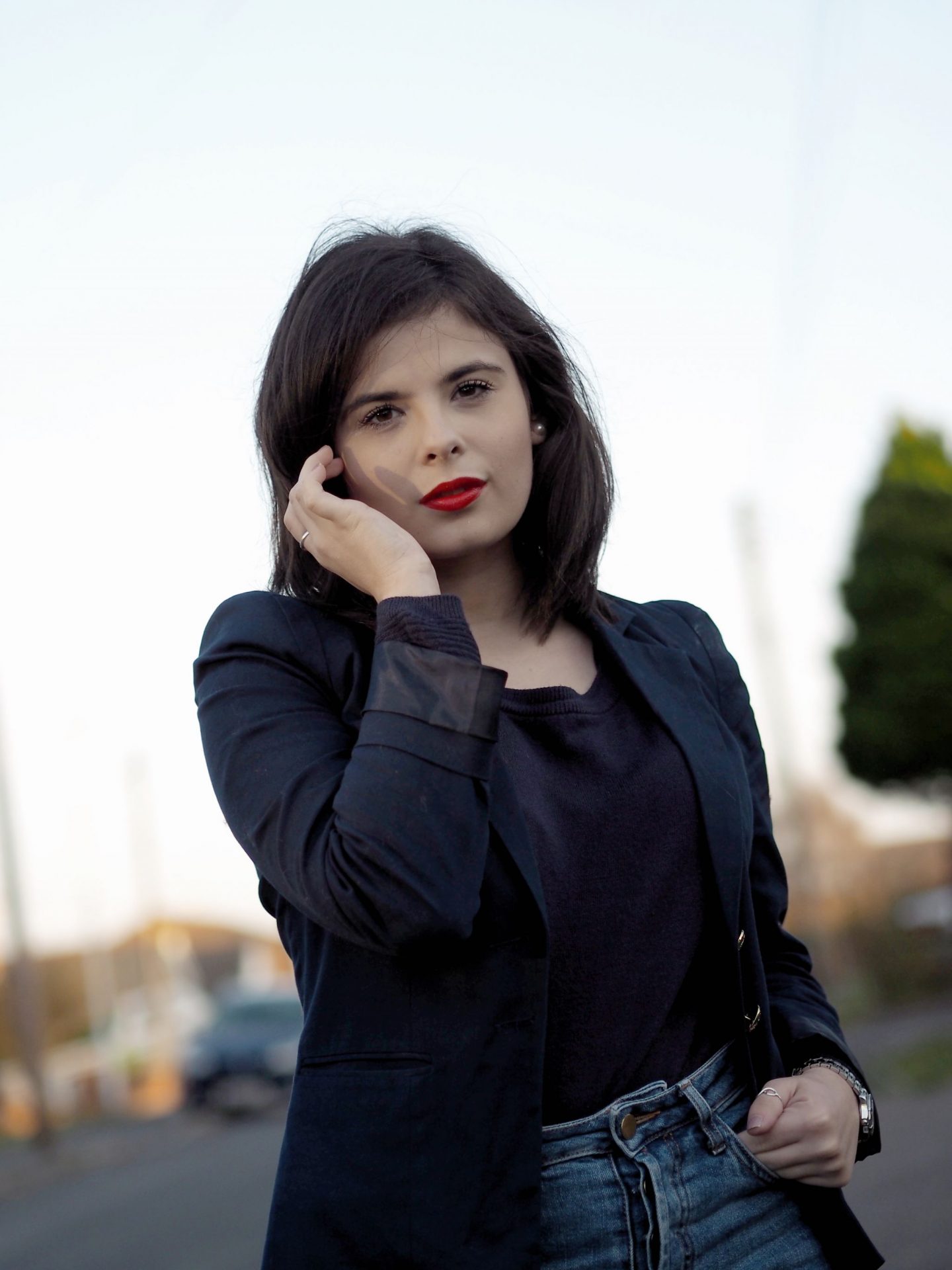 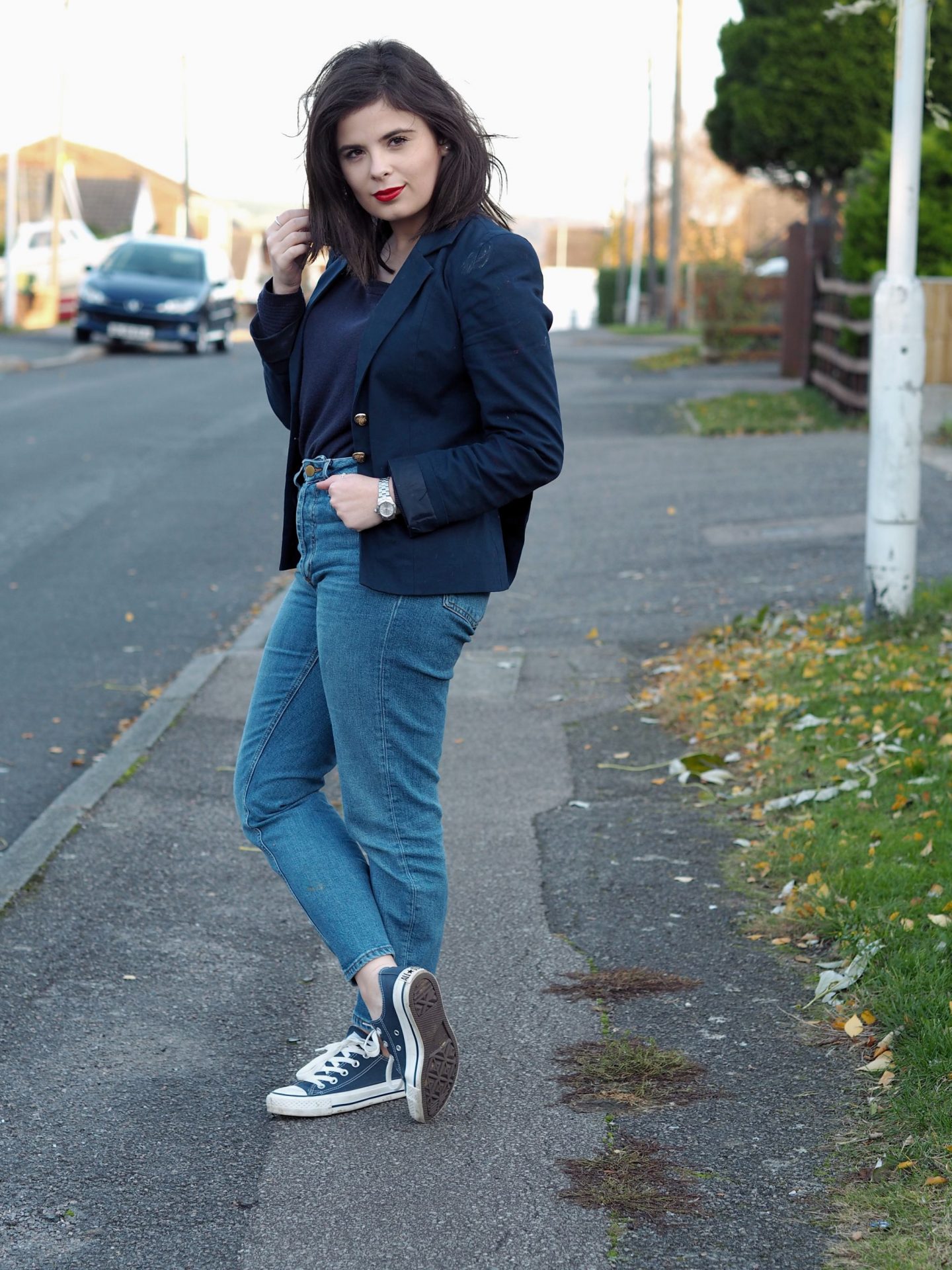 It’s a well known fact that if you turn up to anything regardless of dress code in something like a casual knit or a pair of trainers; whether converse or old school looking trainers like Adidas Superstars or my favourites the New Balance 537’s you’ll be considered to be wearing casual wear. So, what addition to your wardrobe do you need that will change the game and take your outfit from: ‘weekend casual daytime’ to ‘weekend casual chic/effort made?’

It is the blazer; unless you’ve lived under a rock the last decade then this has been a wardrobe addition that has been changing the wardrobe game for many for years. So why have I only just mentioned this on my cornerstone? Well, when I first became housebound and more so, then I am now, I did a bit of shopping on ASOS. I wanted to make a few changes to my wardrobe by bringing in simple pieces that would change the appearance of an outfit I already had in my wardrobe. I started with the blazer, if you want to see some sort of ASOS haul then let me know and I’ll create some content around what I’ve purchased. 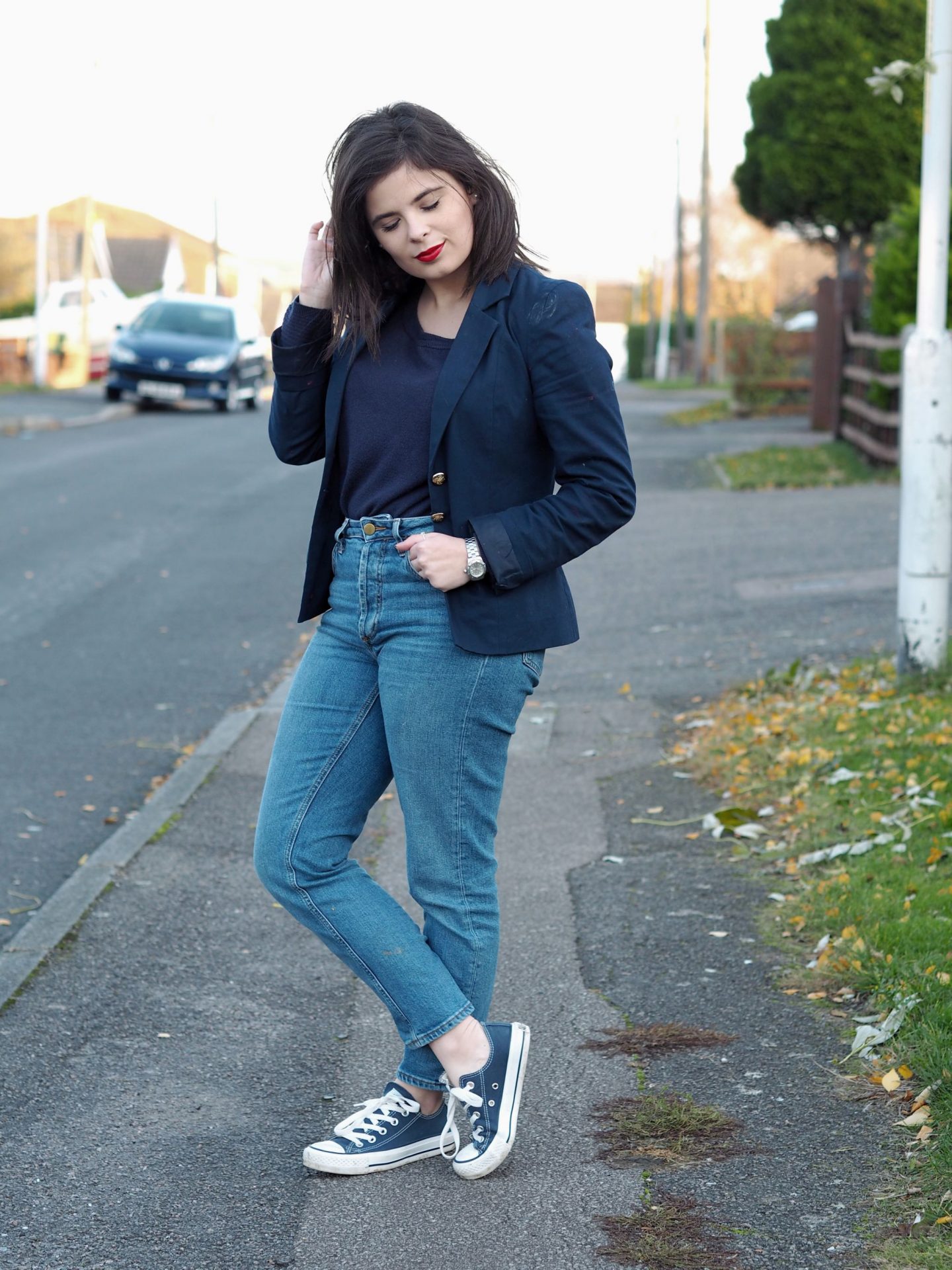 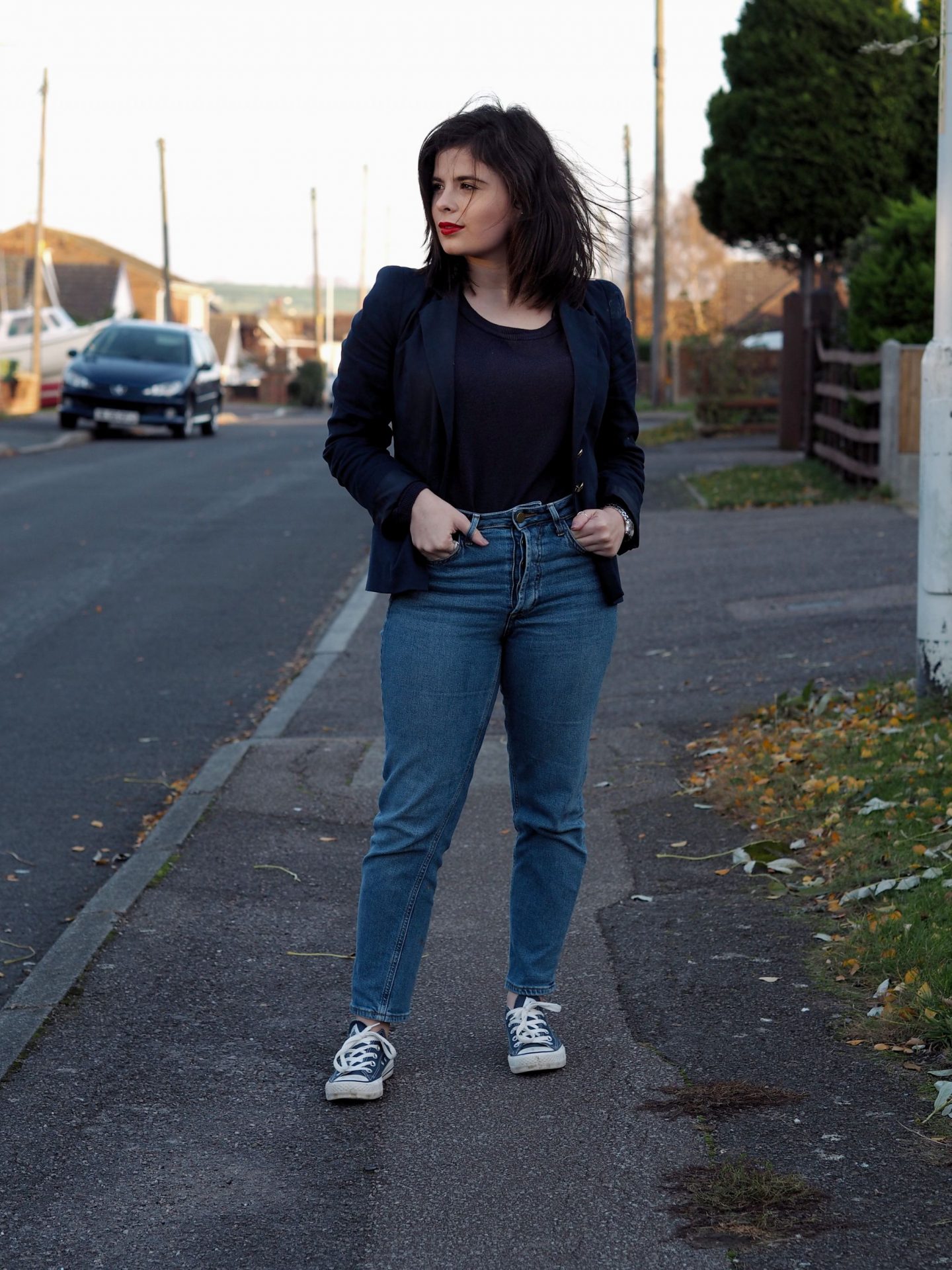 I have had blazers in my wardrobe for years, ever since I started sixth form when it was ‘smart/office wear’ as my dress code because back then I saw them as nothing more than a jacket with no warmth, so a S/S jacket. However, now, with a few years and fashion growth under my belt I’ve learnt to use a blazer as more than just the S/S in my wardrobe and see it as a game changer for an outfit. This particular blazer, is from ASOS and was in the sale. Originally £48 and I managed to grab it when it came down to £24, so a big saving. Whether, I’d have bought it, had it not been in the sale is something I’m not sure of. Unless, its for a party or occasion, I’m very unsure about spending over £30 on a clothing item. So, this being in the sale was a confirmed addition to my basket. I loved the simple tailoring of the jacket and how true to fit it became. The jacket was not from the petite section of ASOS’s own range which did worry me, but thankfully the jacket was true to size and at a size 8 was a perfect fit and looks perfect. I also love the gold button detailing because it just adds a little more chic to a standard blazer. I also think, this fine detailing in the closure of the jacket makes it look a lot more expensive than it’s original £48 price tag. 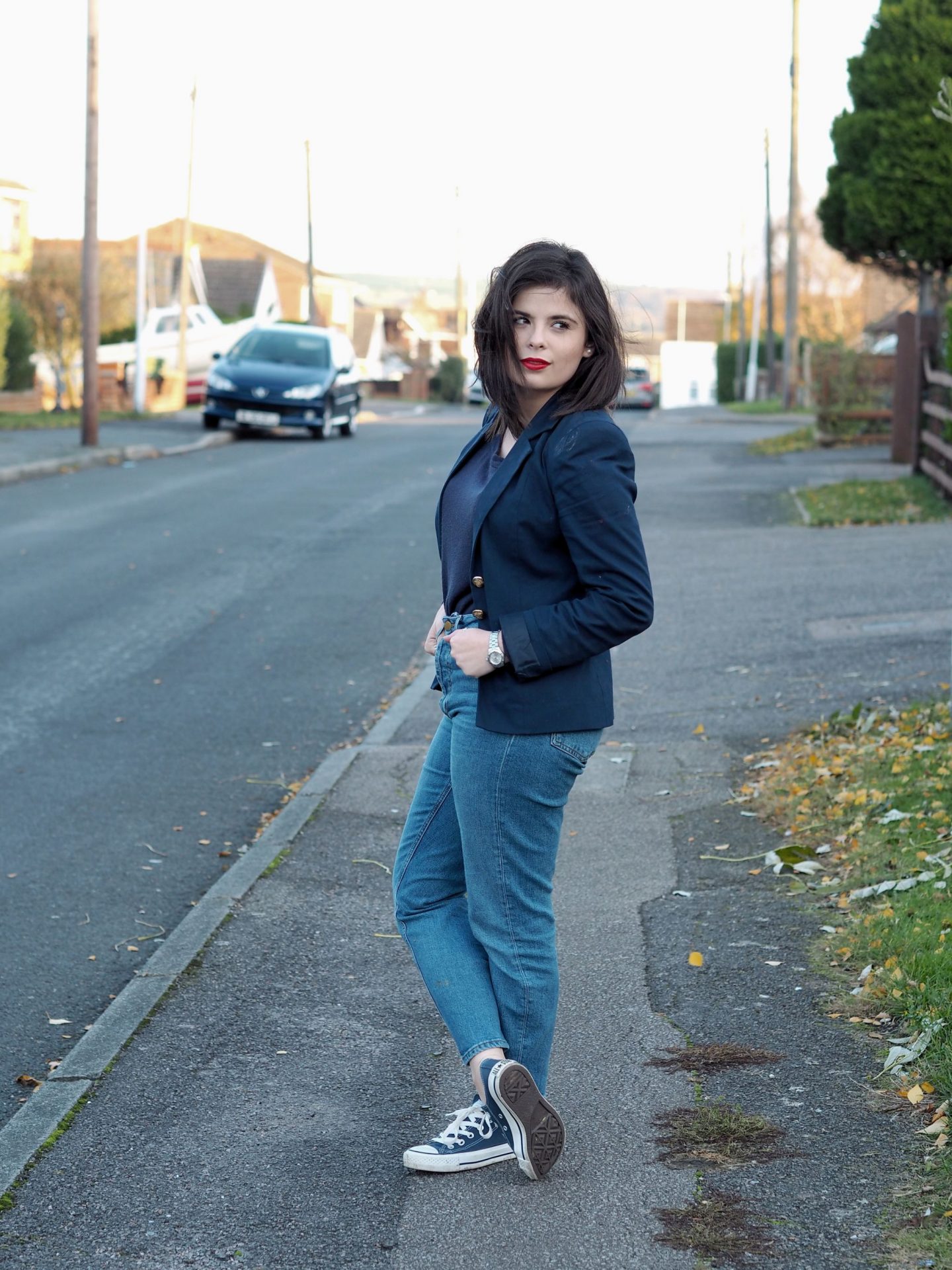 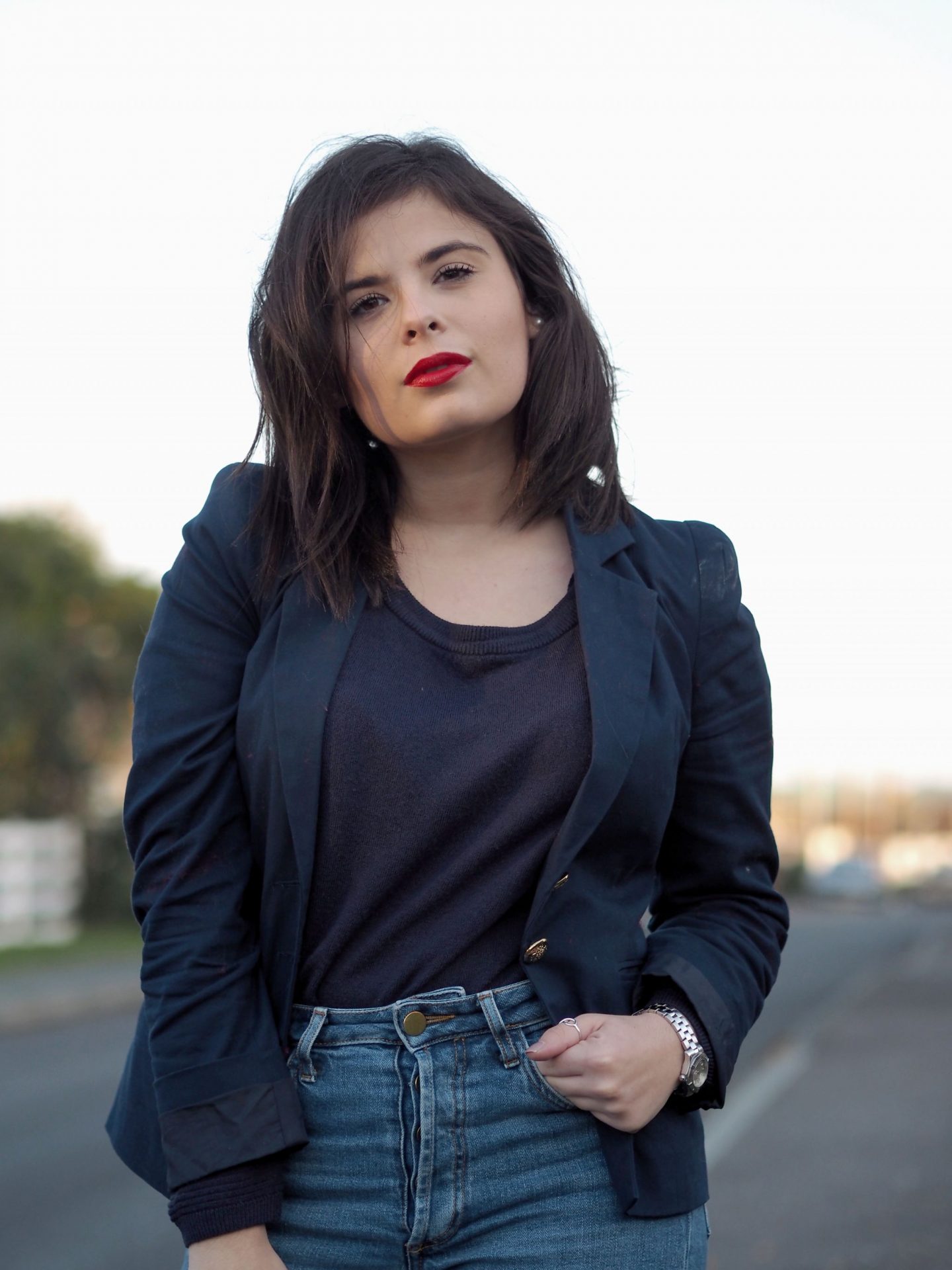 I felt that to prove my point about the blazer being the game changer of the wardrobe, I had to wear it with my current everyday look. Although, I’m mainly living in leisure wear, 85% of the time, I do like to put some sort of effort into my appearance as it’s great for boosting one’s mental state. So, my current every day look, is a jumper like the one I’m wearing here, from JDY. I love this jumper at the moment, because it’s thin enough to wear tucked into high waist denim like today or hang over with my leggings, so is a great addition to my wardrobe. The jeans, are a pair I’ve mentioned previously because I love them. At £8, from Primark they are a style steal. They look a lot more expensive then they are, they’re a flattering shape for us hour glass figured women as well as being the perfect length for a short arse like Ev.

For shoes, I’ve gone for a pair of navy converse and as I write this, I’m becoming increasingly aware that my entire outfit is a rather homage to the colour navy, all unintentional, I should add.  A pair of converse trainers are staple daytime shoes since they are comfortable and have such a classic look to them. I’ve owned many pairs but as I’ve got older I much prefer a pair of low top converse due to them looking a little more flattering especially with jeans like MOM/Boyfriend because they show off a spot of ankle. Ever so flattering and chic.

I personally feel that the addition of a blazer with this rather casual look, makes it a little more dressed up and a lot more put together then it did, had the blazer not been added. Although, I do question, whether I look a little like a Jeremy Clarkson man with the blazer and jean combo?