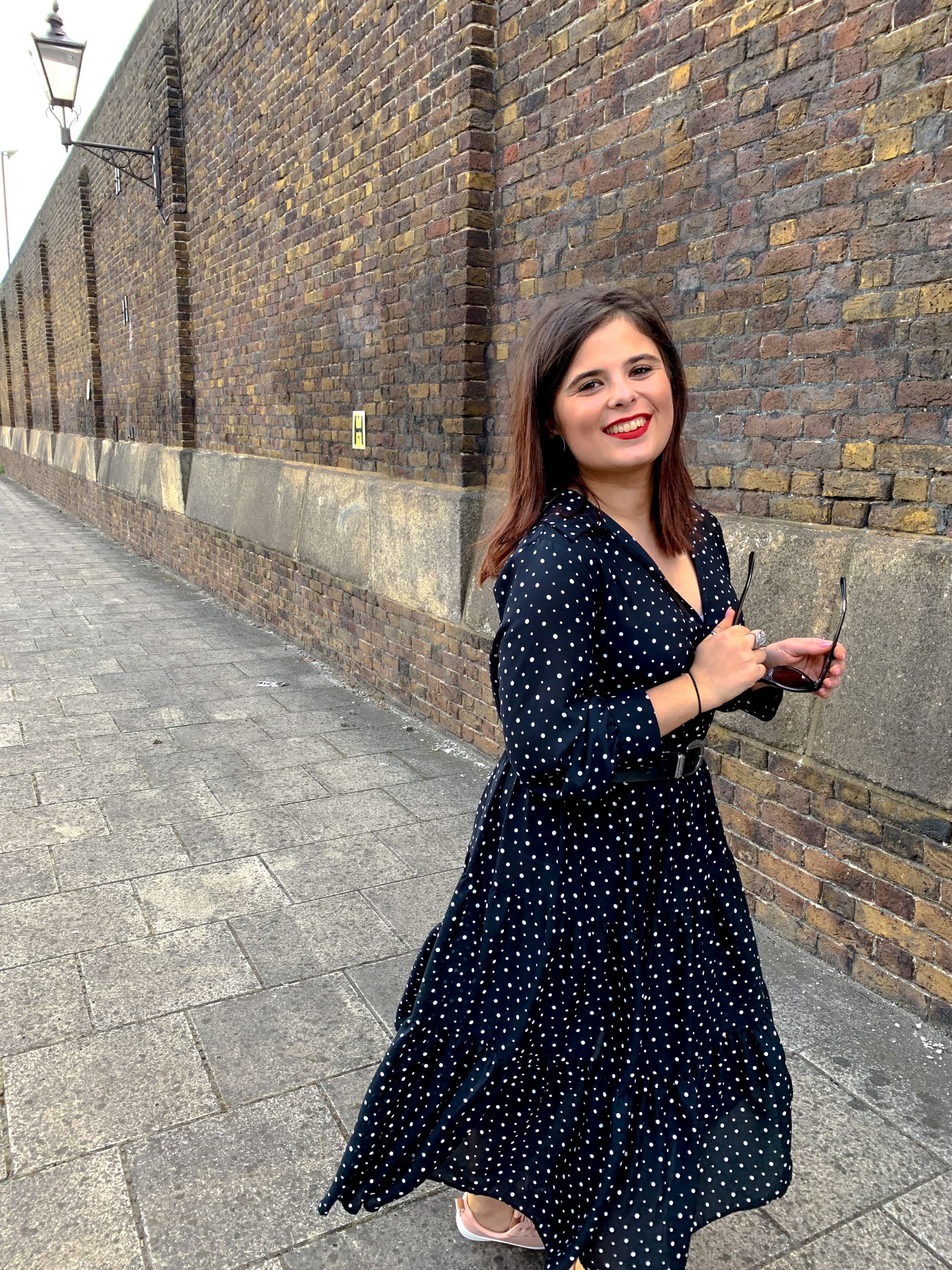 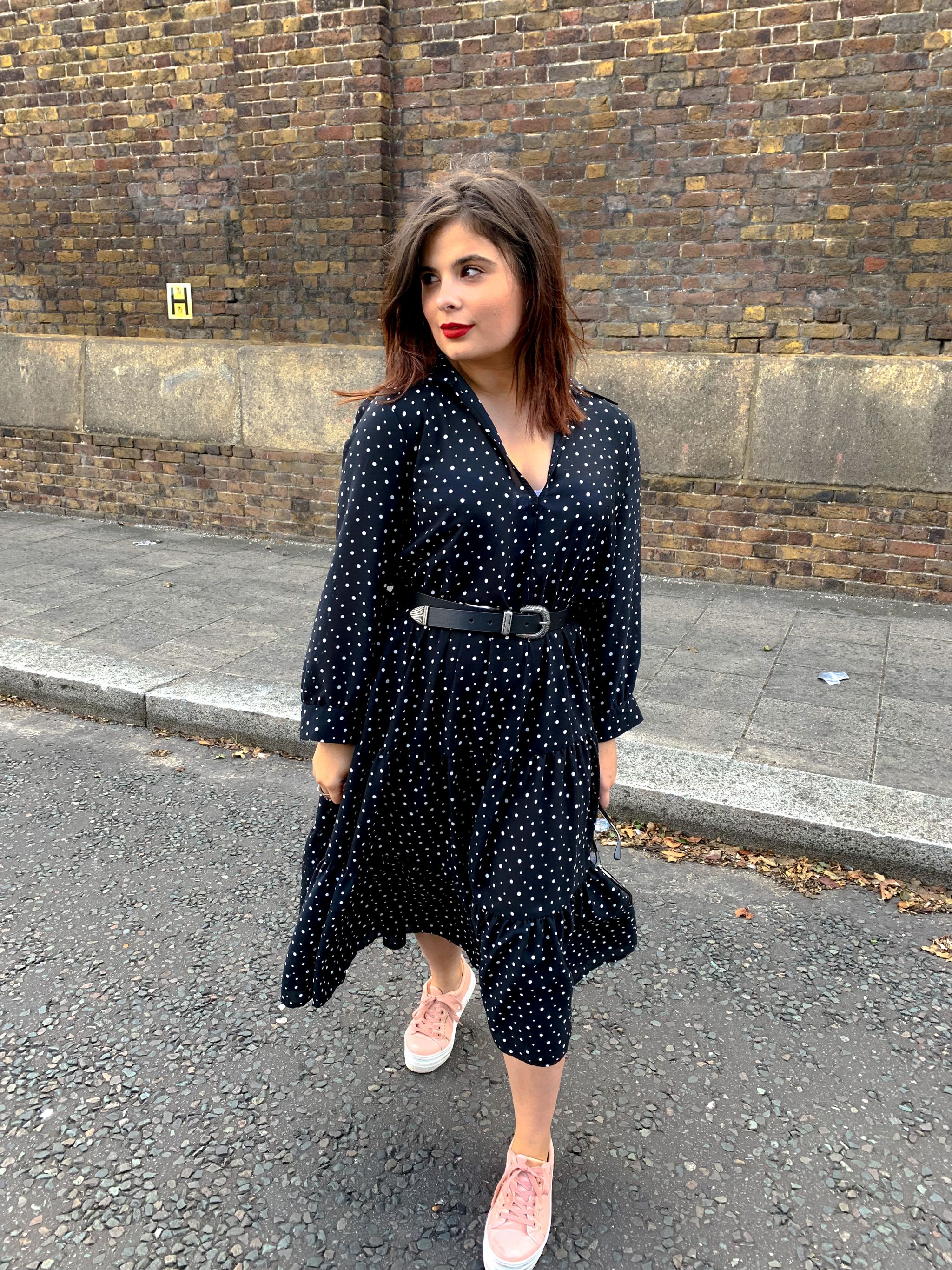 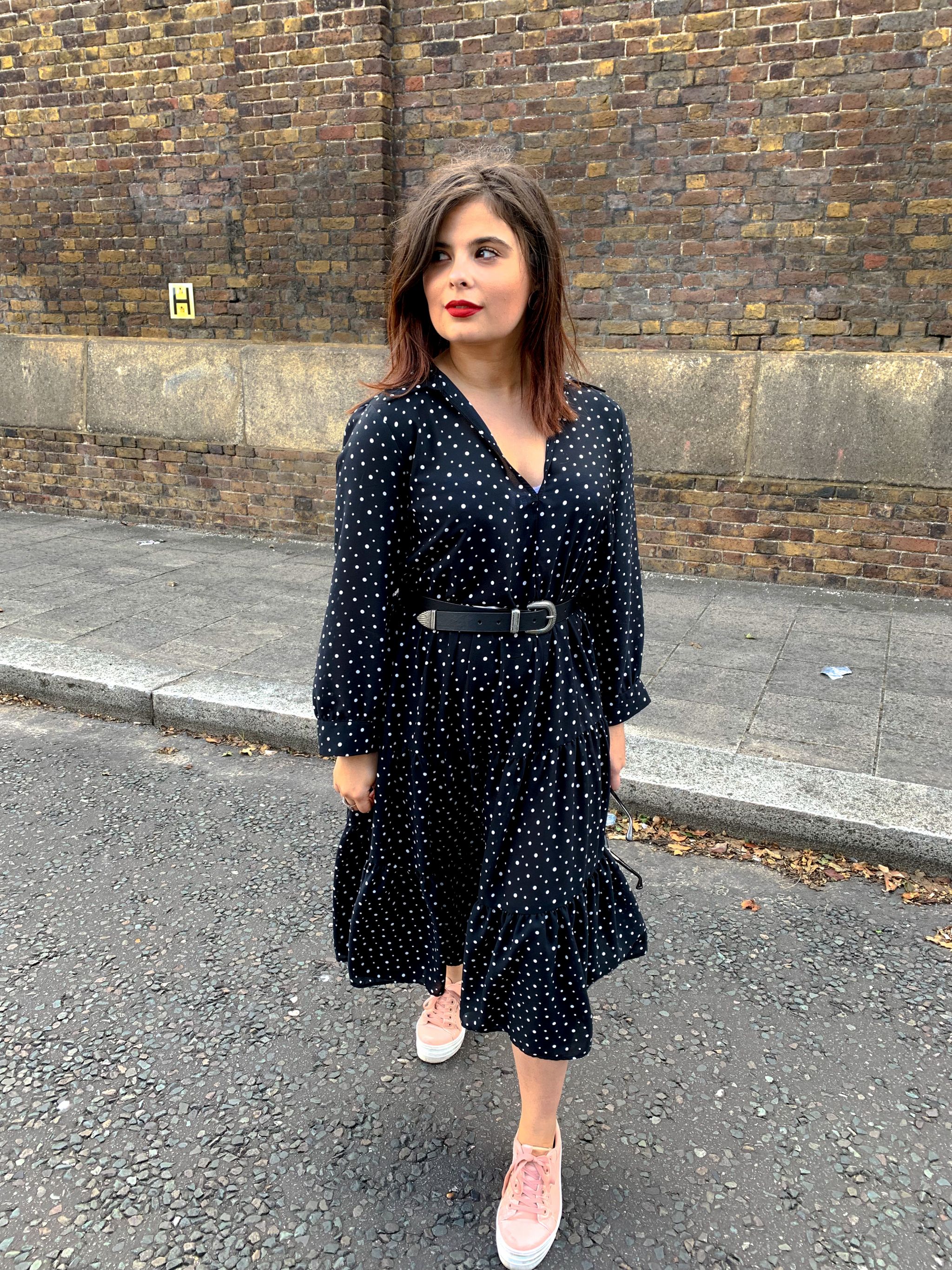 Question of the day: Can you be a private person and write a blog?

Last year, I resumed chatting to a fella, yes a fella, who knew I even had communications with the opposite sex?. This fella and I were chit-chatting as you do. Who goes on a date when you spend weeks talking via text? I say that with a touch of sarcasm as I’m at a point of talking for ages with it going absolutely nowhere, what is the damn point. It’s like going round the ring road, quite literally because you’re going round in circles. But, back to the point in question. Our chit chat got to a point where the topic of being quite a private person came up to which he admitted to being such a person. I too, consider myself a private person until he replied to me with ‘but you a write a blog’ with a thinking face emoji. The thinking face emoji should have been a sly replacement for the Kermit coffee drinking meme. I should add, this conversation happened around 9 months ago and 9 months later my brain has only just started thinking about it. It got me wondering, can I be considered a private person when I document activities and write so candidly on this cornerstone of the internet?

We live in an age where checking into every location is considered normal. We consider taking photos of our dinner, breakfasts and lunch as normal and we air our dirty laundry online for all the world to see. This in 2019 is normal. I’ll be the first to admit, that I do check in to the odd location especially if there is a witty caption to be had at it’s expense. I also like to share an image of a steak especially if it’s a good looker. But do I air dirty laundry? No. I could but I don’t because I consider that side of my life private. But can you be considered private when you write a blog, use social media in my capacity and enjoy sharing parts of your life? Well, it got me thinking. How private am I? I’m probably not as private as others, there are some fellas for example who are so private you don’t even know they have another female on the go until you see their photo together on her page….privacy ay. I do think females are little more in tune when it comes to this social media obsessive life. You do see more females sharing every inch of their lives versus the men. I once spoke to a fella who had so little on his social media, I actually went on a date knowing very little about it other than what he’d told me. Perhaps this privacy is a turn on? For me, it’s not, it’s not erotic because I want to know who I’m talking to and I certainly want to understand their previous wardrobe choices….you know what I mean. Jeans and flip flops just aint for me hunny buns.

For the last few weeks, for example, I’ve been crippled up with I still believe to be chronic IBS which has been rather unpleasant and has seen me cancel plans and work from home for periods of time due to the pain and embarrassing nature of the whole situ. Whilst, I’ve had the anus of Mount Vesuvius I’ve been a little MIA on social media out of both exhaustion and just lack of interesting content to share. I did, write an amusing post about my bowel movements and I quote ‘my stomach is still very poorly. I think if I have a bug, which I clearly do, the little bugs inside my stomach have made themselves at home, probs got a cup of tea & a Big Little Lies on their screen inside my bowel.’ The post was a caption for an image of me wearing a dress I’d found on ASOS. Then at dinner a few days later, I was asked why I’d shared such a statement. I didn’t share the minute explicit details of the movements, the frequency or the quality of lavatory. I can confirm, Lipscombs at Maidstone have excellent toiletry facilities when IBS kicks in. FYI. It got me thinking again about this topic of privacy and whether I’m not as private as I consider. Yes, I don’t share the minute details of my bowel movements and yes I don’t share my endless list of rejected males. By rejected I mean, how many have vanished or ghosted me through my quoting of Alan Partridge and Jeremy Clarkson being not to their standard. 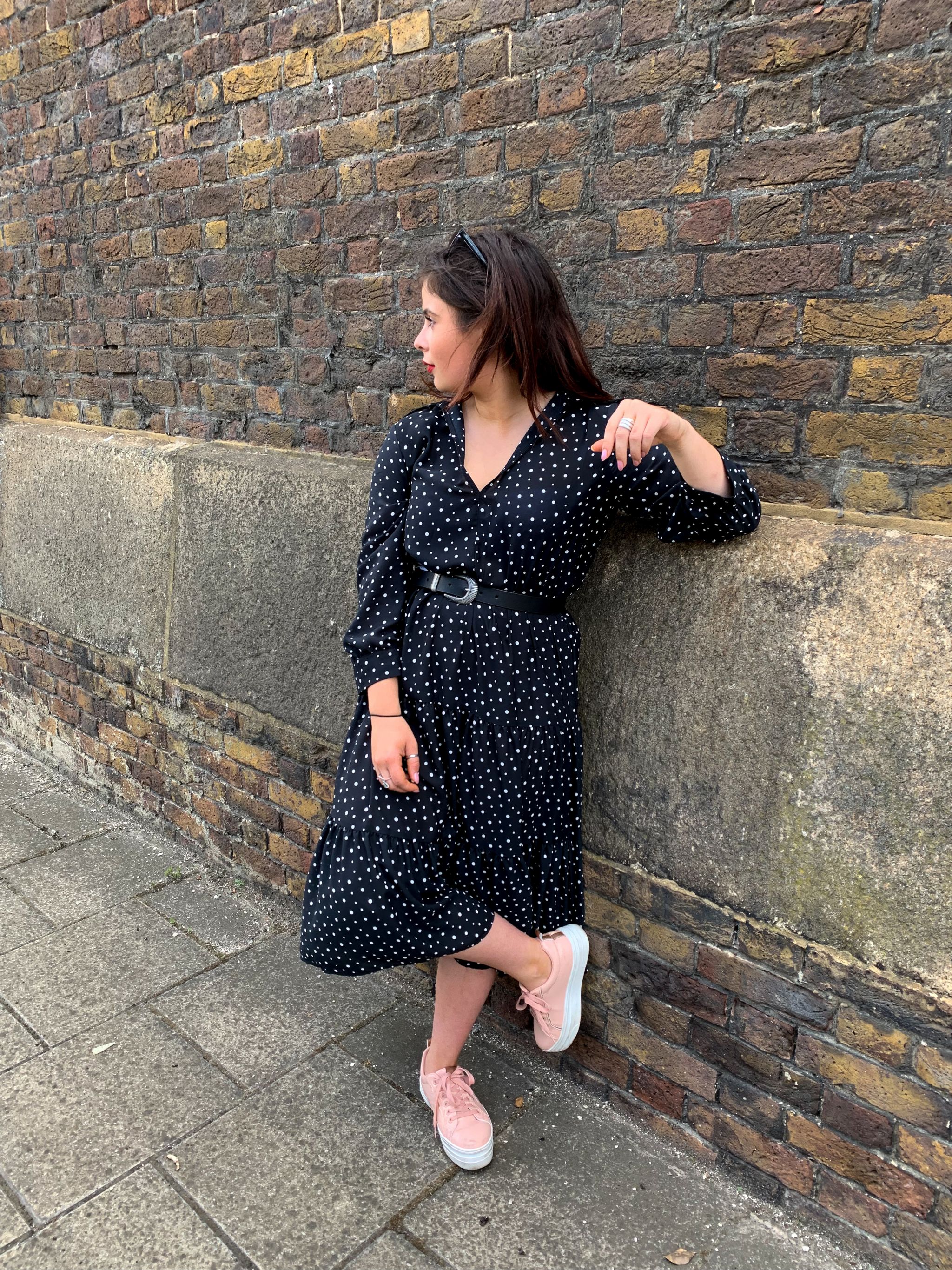 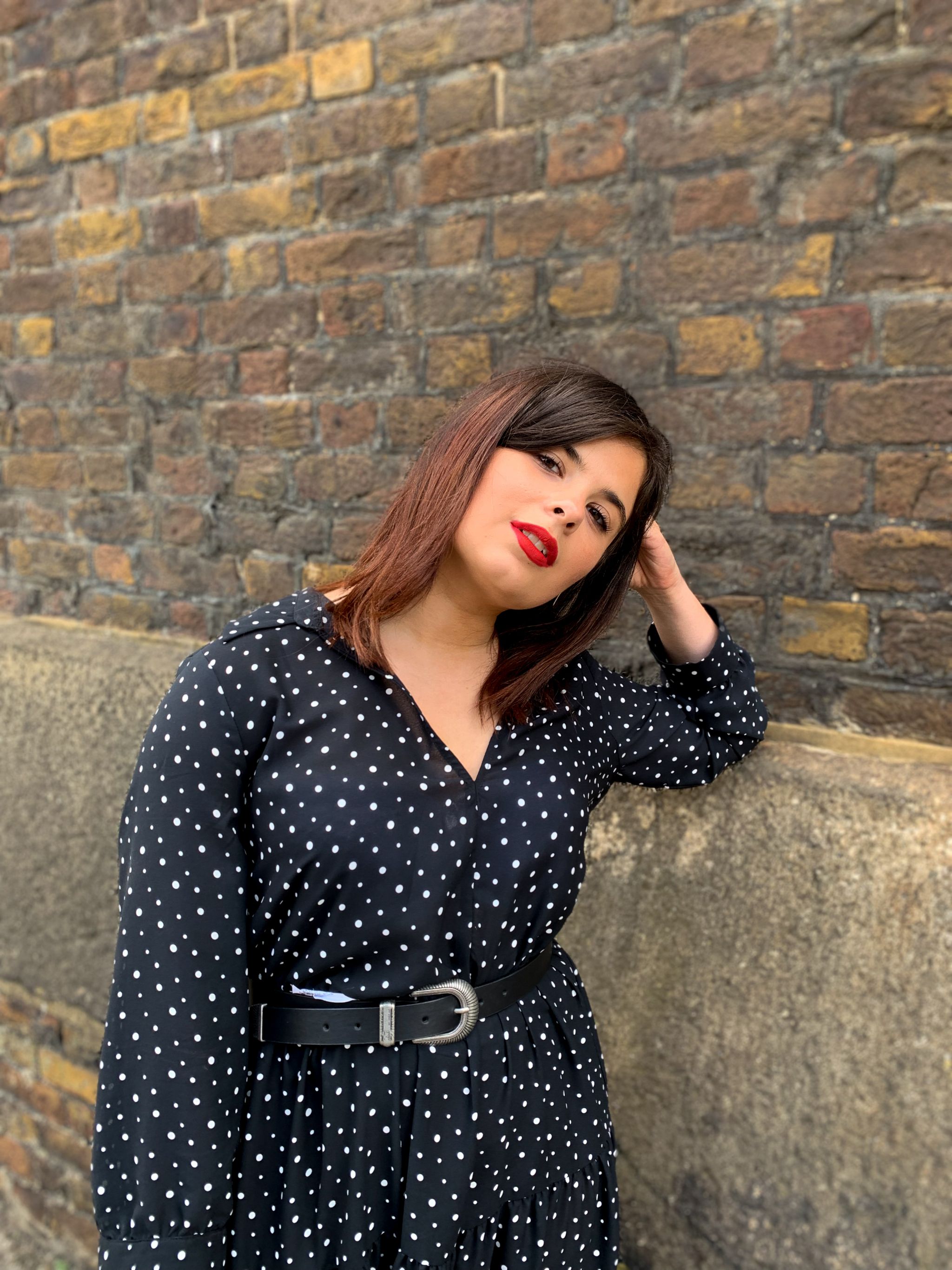 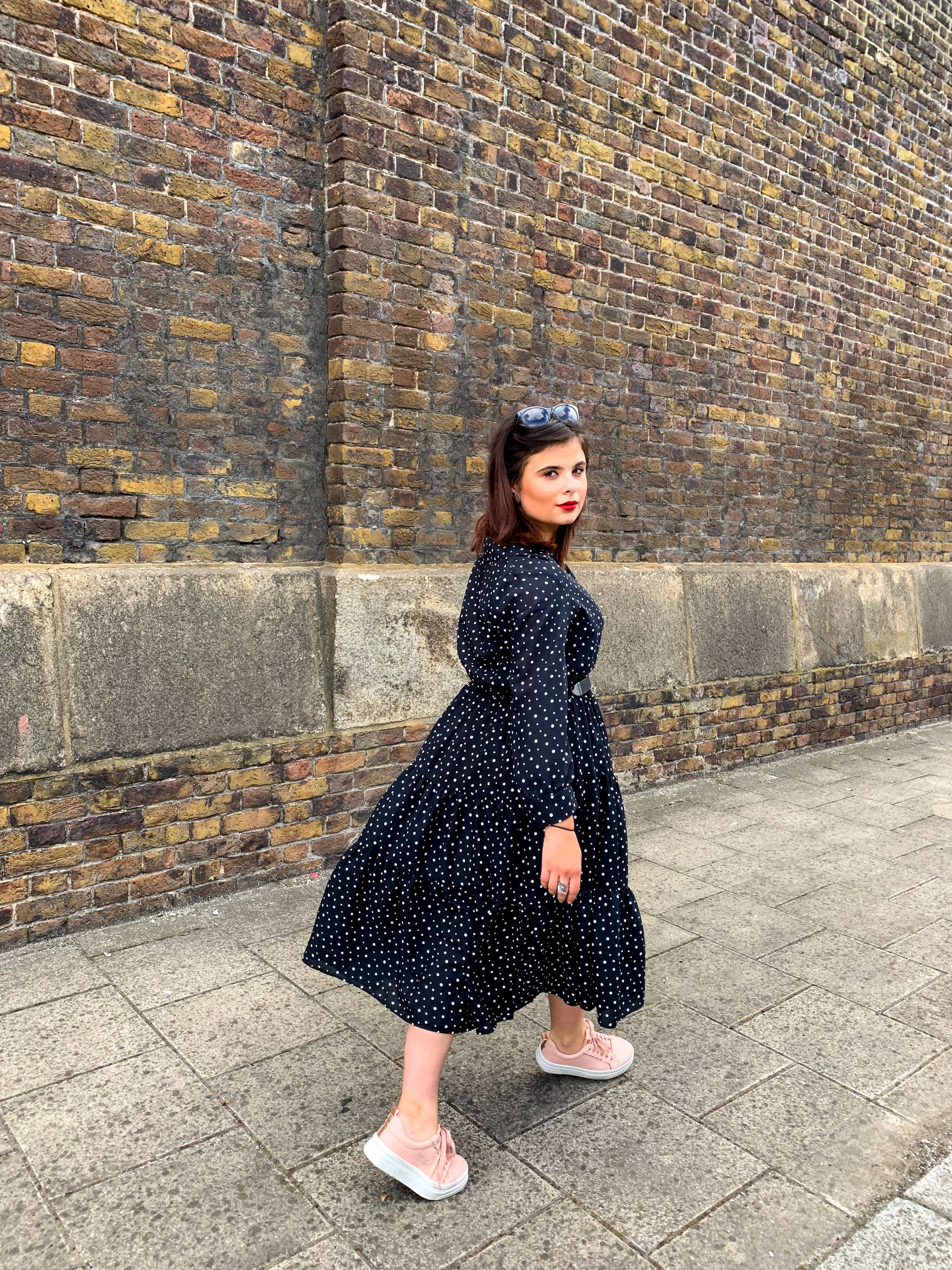 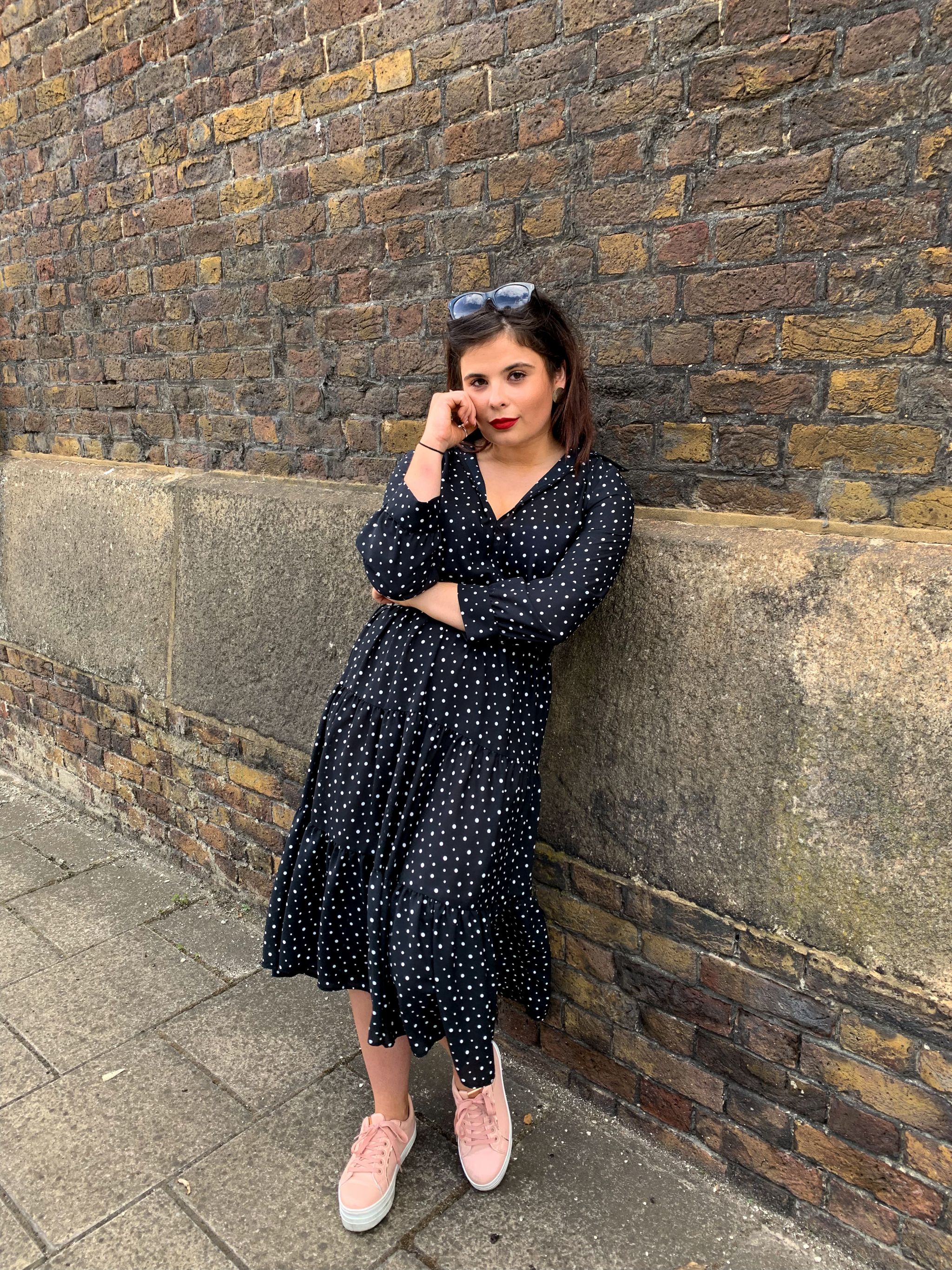 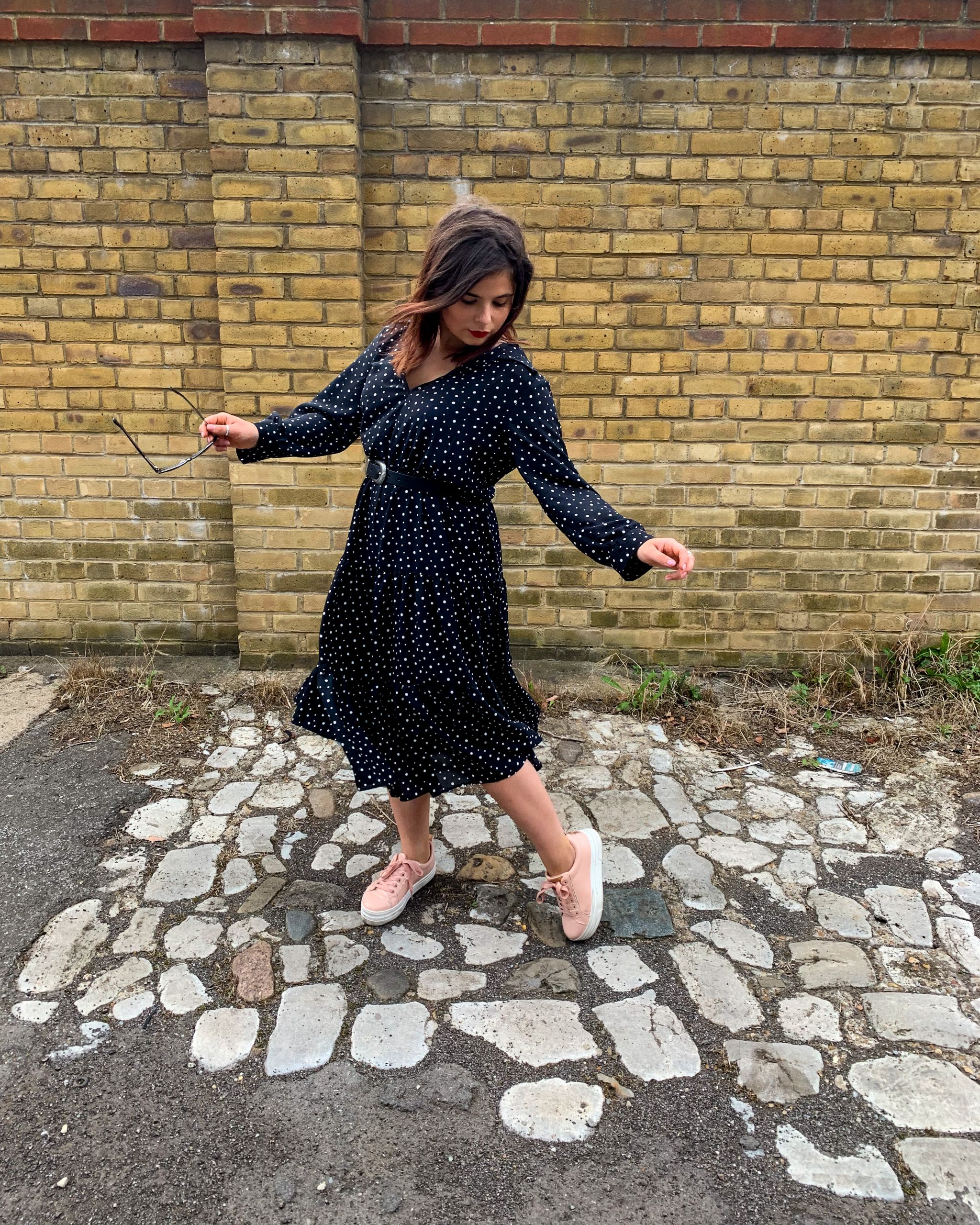 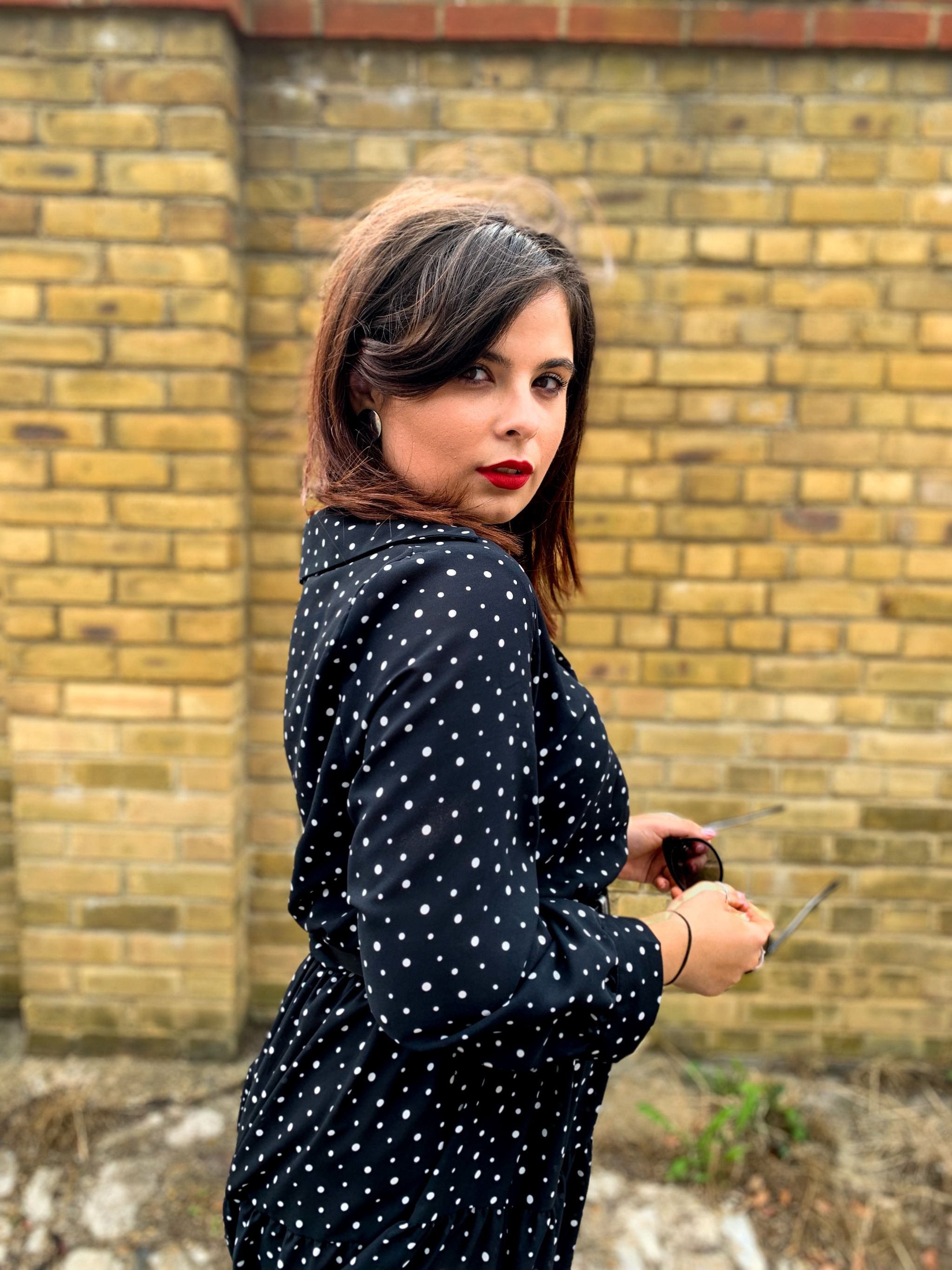 I read a post from Sophie Milner a few months back about whether writing a blog and being part of this influencer category of marketing is a cock block. At the time, I saw it as a no because, I had no cock to block. Do I now? Well, some would say yes and others would say no but what I do think is this. When a guy discovers my blog, I know I write it like their discovering your female part for the first time. But, hold on; they seem to suggest either I’m really confident and love my appearance; the alternative that I’m self-obsessed and an open person. Two quite wrong assumptions if you would go based on last weeks content. The blog for me acts as a portfolio of work, it acts as my creative outlet and acts as my hobby since I can’t dance or sing. I can sing when I’m in a night club and I can sing if I’m in a shower. But should it scare a male friend away? No, they should just be prepared to take the same shot of my outfit more than once to get the perfect shot of me looking snazzy on a step. Being a blogger does not make me self-obsessed or even open. I consider that the content I do write and share to be candid. Candid in the sense that the topics I write on, are not sex related or even taboo subjects; instead are topics that from my knowledge have had little press attention because when I started writing about anxiety and depression for example, very little was written or said about the topic. Now, however a shift has happened which has overturned our attitudes towards the topic. I wish the same could be said about ME/CFS for example, because I’m still trying to understand why little understanding can be had around chronic and invisible illnesses. But, what I’m trying to inform you is this. I have documented about my physical and mental health over the years because prior to diagnosis and understanding of the conditions because I believed there to be little content on the subjects. Or perhaps, I’m not a private person because I’ve written openly about being the next Bridget Jones/Miranda character should the time arise for a young version to arise from the phoenix. This doesn’t make me shy away from being a private person neither should it suggest that I’m an open book and I’d share dirty laundry to the world or share saucy antics on Facey-Bee. Can you imagine, just writing a status, by the way,* has a massive cock* you can’t and you wouldn’t if you have a brain cell. But, writing a blog, having a hobby, sometimes business, it clashes the boundaries of privacy. On first glances, you’d think I would share the explosive raunchy details of a relationship yet if you knew me longer than the first date then you’d work out that, I’m very private and would prefer all chatter to be private.

How do you consider the blurred lines of privacy if you write? 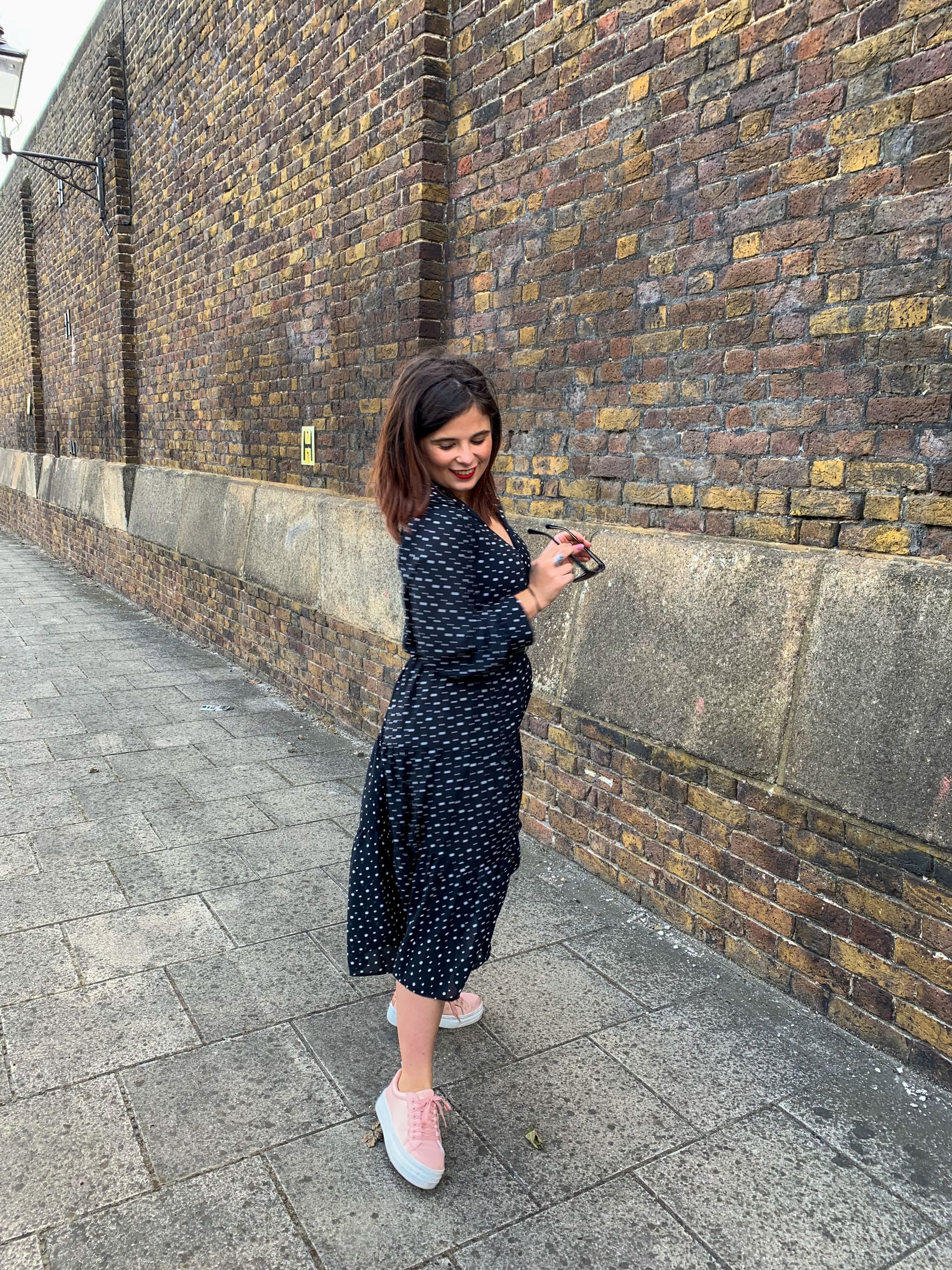