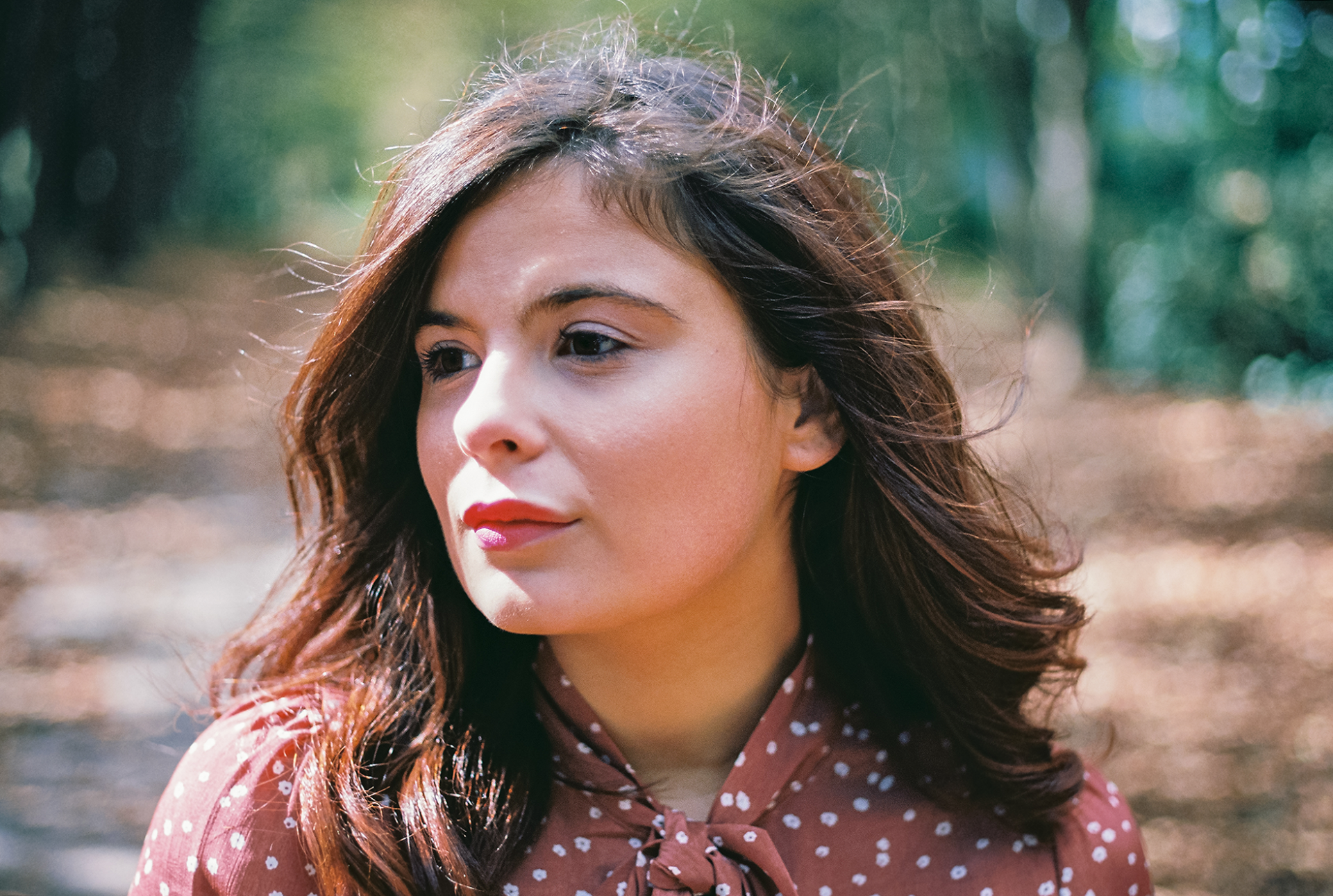 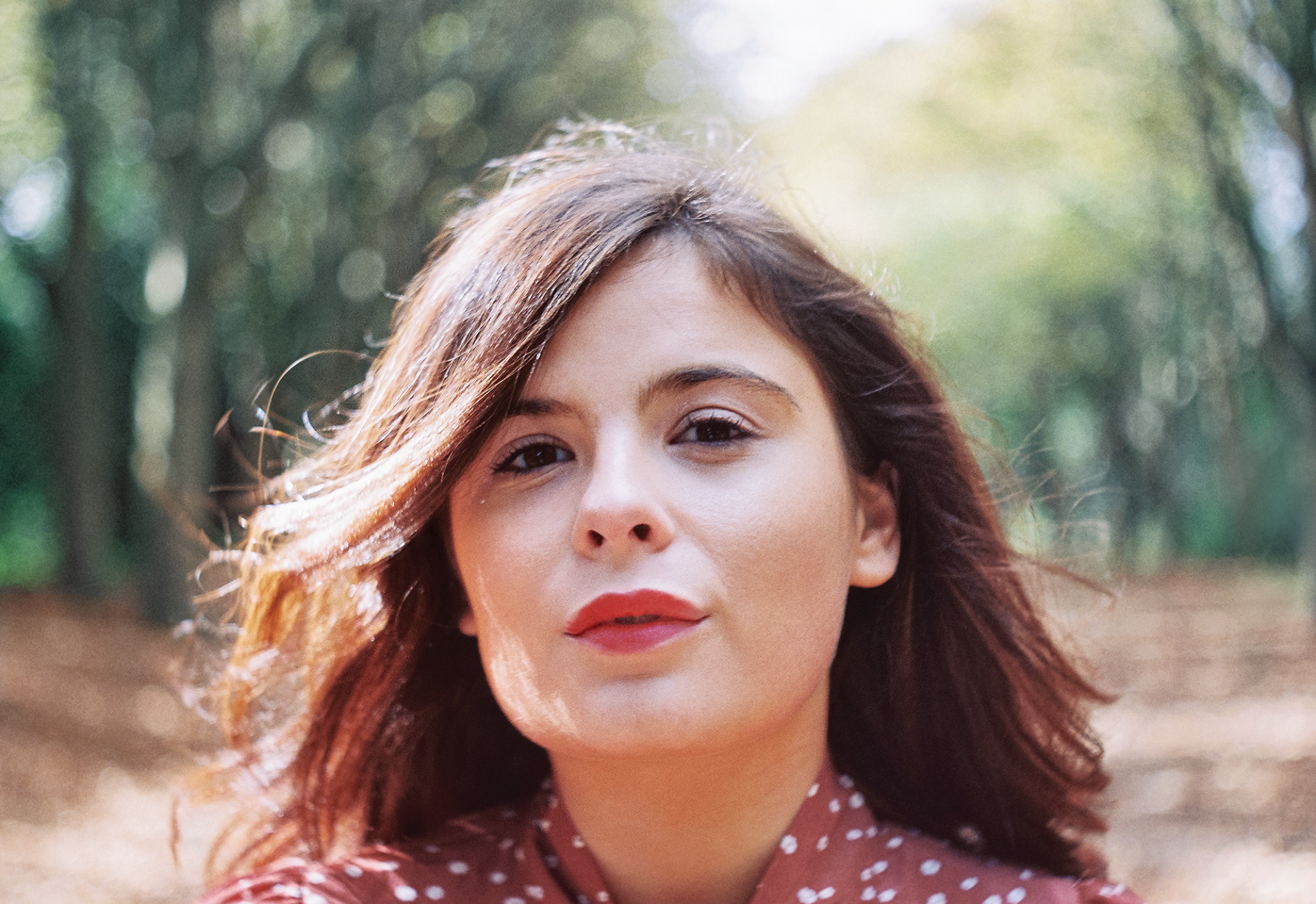 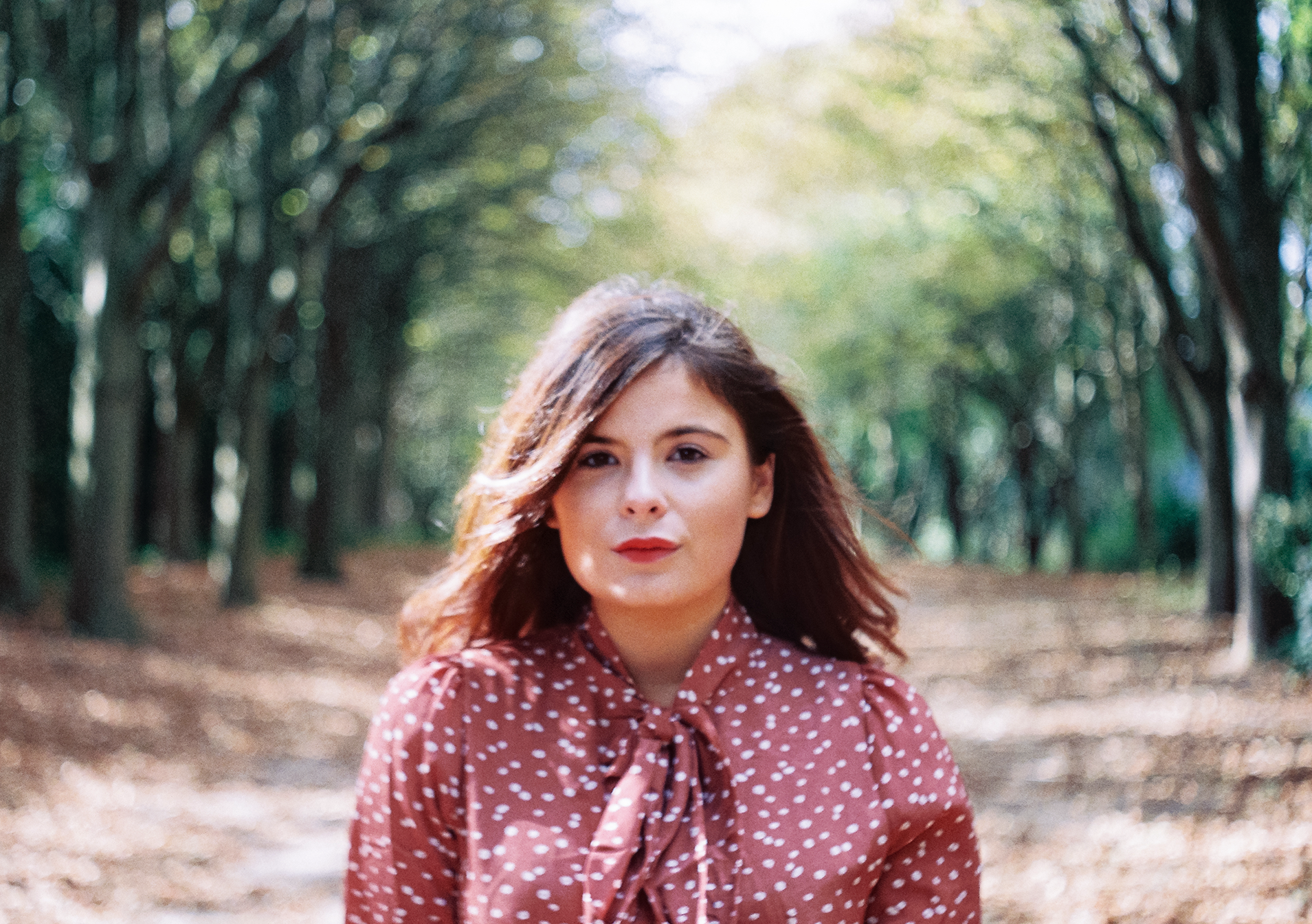 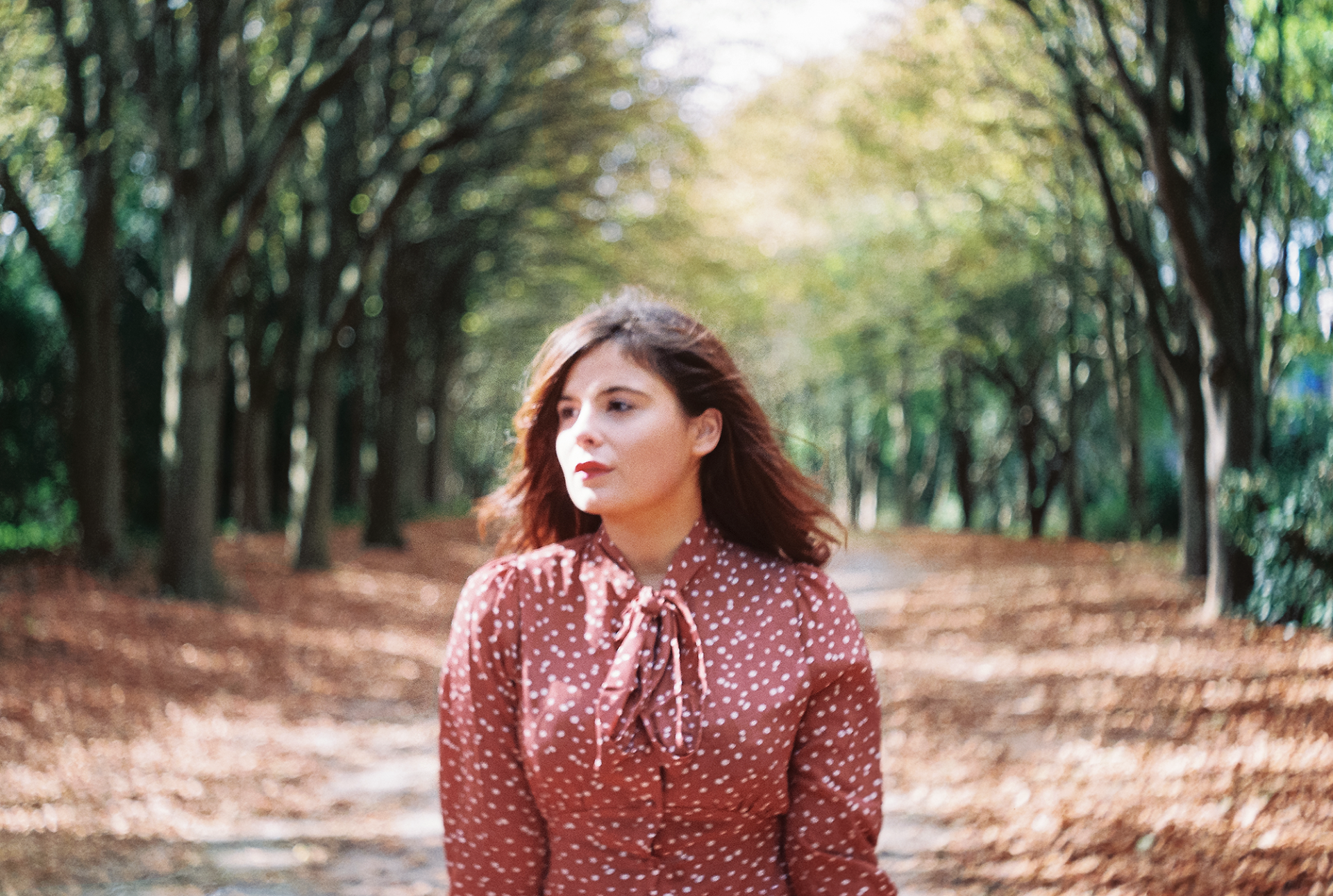 Our TV screens are bombarded with reality tv shows on a quest to find the next ‘star’ whether in; pottery, baking, sewing, dancing, singing or even Lego. Long gone have the days when the BBC would throw Chris Evans on the screen and hope for the best. Instead, we have to watch Shirley from Number 5 attempt to remix the Cha Cha with Don’t Cha thinking she’s the next George Sampson. I don’t know which is worse? But, the mass supply of these ‘talent’ shows being at our finger tips, the rise in businesses through lockdown and the media outlets placing emphasis on keeping busy and being productive- it’s no surprise that it dawned on me one evening…I HAVEN’T got a talent.

It was something I’ve felt for a long time- I’d watch Strictly Come Dancing wishing I had the ‘talent’ that the judges proclaim one contestant each series has. I’ve watched bake off, MasterChef and don’t forget the big one- Britain’s Got Talent all of which announce someone has the real deal. The handshake or the ovation from Cowell. These folk have something called talent. The Mum on the side line thinking, she can quit the day job and become the manager of her child star. These folk woke up one day and were jiving, juggling and mixing by natural instinct. I’m left only to ponder, wonder and question where is my mine? Why did I not naturally jive, juggle, mix? Well, my coordination is pretty poor so at least one of them is possibly out of the equation.

Whilst growing up, I dabbled in a variety of ‘hobbies’ in the quest of finding a ‘talent’ all to find they made me miserable. Since I did it for the satisfaction of saying I had a hobby in front of new classmates because writing/watching Top Gear re-runs or singing Kylie Minogue didn’t meet the hobby guidelines. From, trampolining, to horse riding, to dance class and don’t’ forget the musical instruments; don’t fret yet Pete Tong- I’m more Ev Dong. I’ve tried them all. My dance ability, comes out when Livin Joy ‘Dreamer’ blares shouting out to a crowd ‘are we dreamers?’ I even tried running. If I’m honest, I was no Mo Farah. It was a NO from me. Not even an app, new leggings or even a cracking playlist could get me running before or after the chronic illness. Nobody sees a happy runner…if you have, give me a shout because I’m yet to be proven wrong. Don’t start with the, ‘it’s the aftermath of the run’. 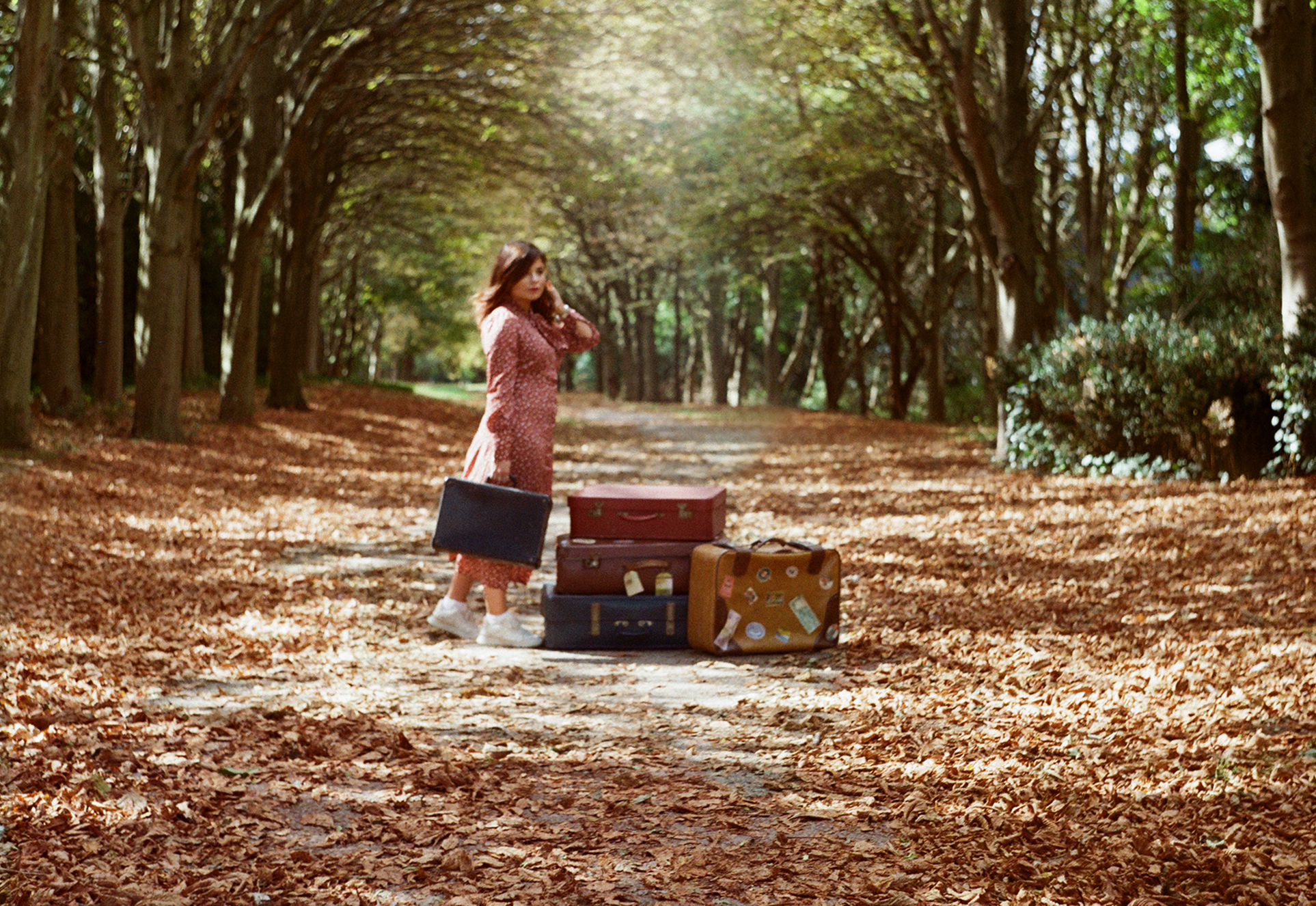 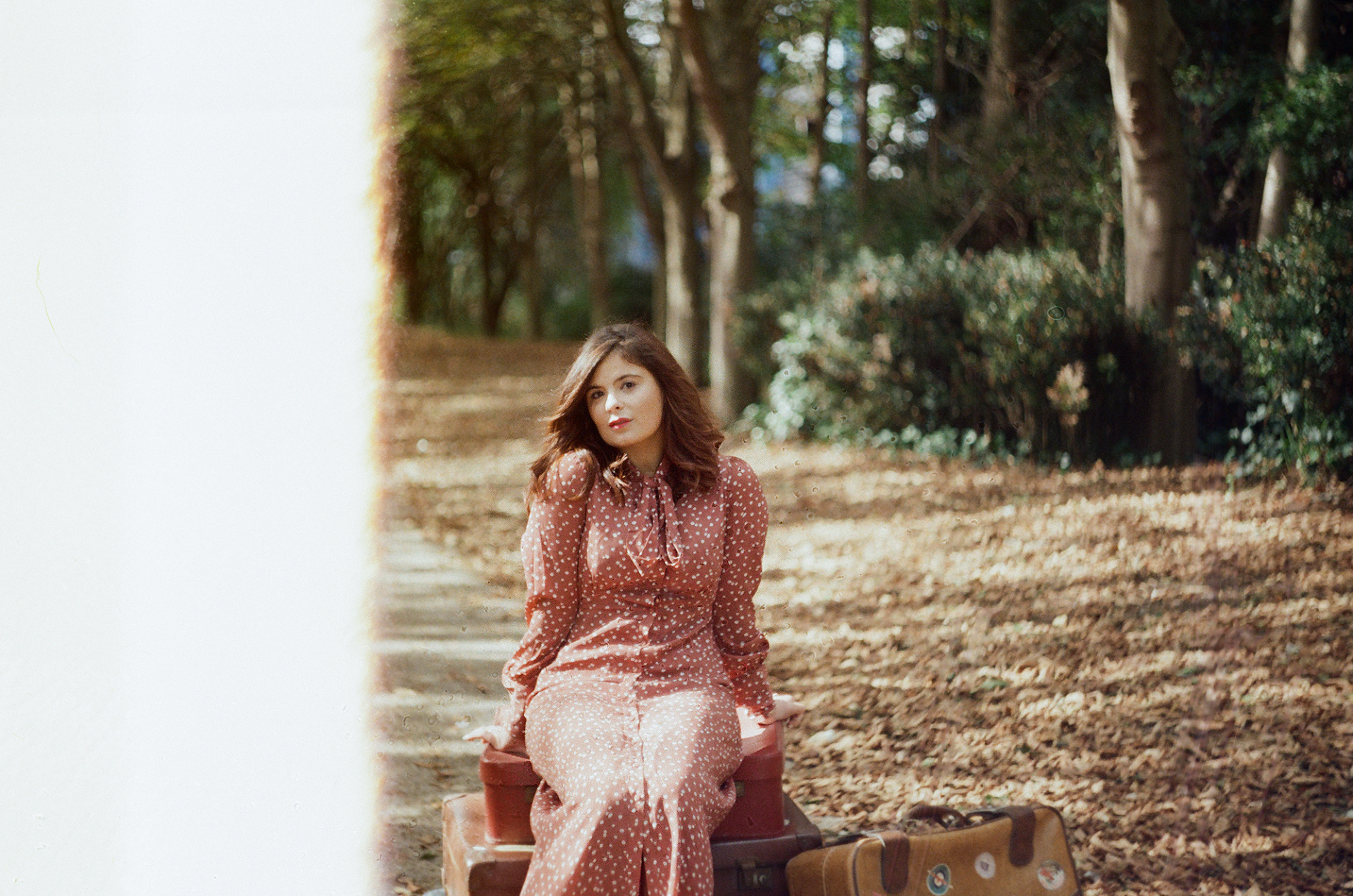 I’m left wondering, what is talent? It cropped up in a therapy appointment because I wanted to discuss what it meant to have a talent and where the epiphany of self-doubt came from. Are we all in the same bubble in trying to find talent? Is it a sociological defect with human beings trying to find the next best thing. Are we all hunters? The Oxford Dictionary claims that ‘talent’ is the natural aptitude or skill which aligns closely with what I thought. Since, if I refer back to Britain’s got Talent these young teens grace the stage singing classical music winging it. Natural talent. If we take our favourite Instagrammers whether influencers, bakers or fitness gurus I consider those guys to be talented. I am left comparing my own Instagram/social media wondering where I fit in and what my so called talent is. Are we all destined to have a talent or is it a luck of the draw?

The reality is, most individuals we follow, support or admire are usually hard workers who have rehearsed or tried their upmost to be that impressive. Nobody will post their first bake and it look like a Nigella. The likes of the late Sir Stirling Moss, didn’t hop into a racing car and immediately become the racing legend he became. That took years, a few crashes, a few headlines and of course dedication. Mary Berry didn’t become the baking Goddess after 1 lemon drizzle. These folk rehearsed and went over their skill until it became the craft we know/knew of today. I think the difference, is we don’t see the ‘screw ups’ or even the failures. We are told, failure is good and we should all experience this to really know our potential. Failure has now become the new TED talk. We went from, the confessions of a micromanager, the secret to veganism and now we have the Silicon Valley lot preaching to us that failure is character building despite what the critics have to say. The likes of J K Rowling was deemed a failure up until 1 person saw the potential in the Harry Potter series. In most times, it takes that 1 person to see the potential in you to change your fate forever. Whilst her failures have become legendary and inspiring for aspiring creative writers it leaves some of us wondering when it’s time for the tide to turn and begin to bring the good with it for the rest of us.

I asked the therapist whether it was wise or even healthy to sit and wait in the hope of the talent to arrive. Fiction wants you to believe that if you sit in your living room and wait something will grace it’s presence to you. Take my beloved Scandal, Olivia Pope sits and hopes Vermont can happen with Fitz despite the recurring failures and her persistent inability to commit…since it’s fiction of course she gets her dream and what was dragged out for the seven seasons I insist on repeating. We in fact become obsessed in the hope something will rock up. I waited for months, in the hope my illness would vanish. It didn’t. It went up and down but the fiction I read and watch doesn’t show this. In the films, my character would sit there and wait eventually entering a charming doctor giving her a pill that would fix her problems allowing her to return to ‘normality’ again. We are told, just wait it out. How many times have you been told this? Multiple times. The reality, is the word ‘talent’ sells. It sells because we are compelled to see the Susan Boyle type figure rock up and be unknowingly bloody ace. The talent, we see and the judges see, well it sells albums. It sells documentaries, tours, promotion and keeps us compelled to finding talent sacrificing our own self esteem when we are not Boyle. As I mentioned earlier, for most the essence of hard work is at the heart and it was a hobby. For some it is a natural flair whilst for others they nurture their craft; perhaps it stems down to this nurture vs nature idea that psychologists use to assess why certain individuals go onto be serial killers and why others become charity workers. I’m not Freud, so I will not even attempt to dissect and give you the exact details of it because I’ll make a real bubble and squeak of it. 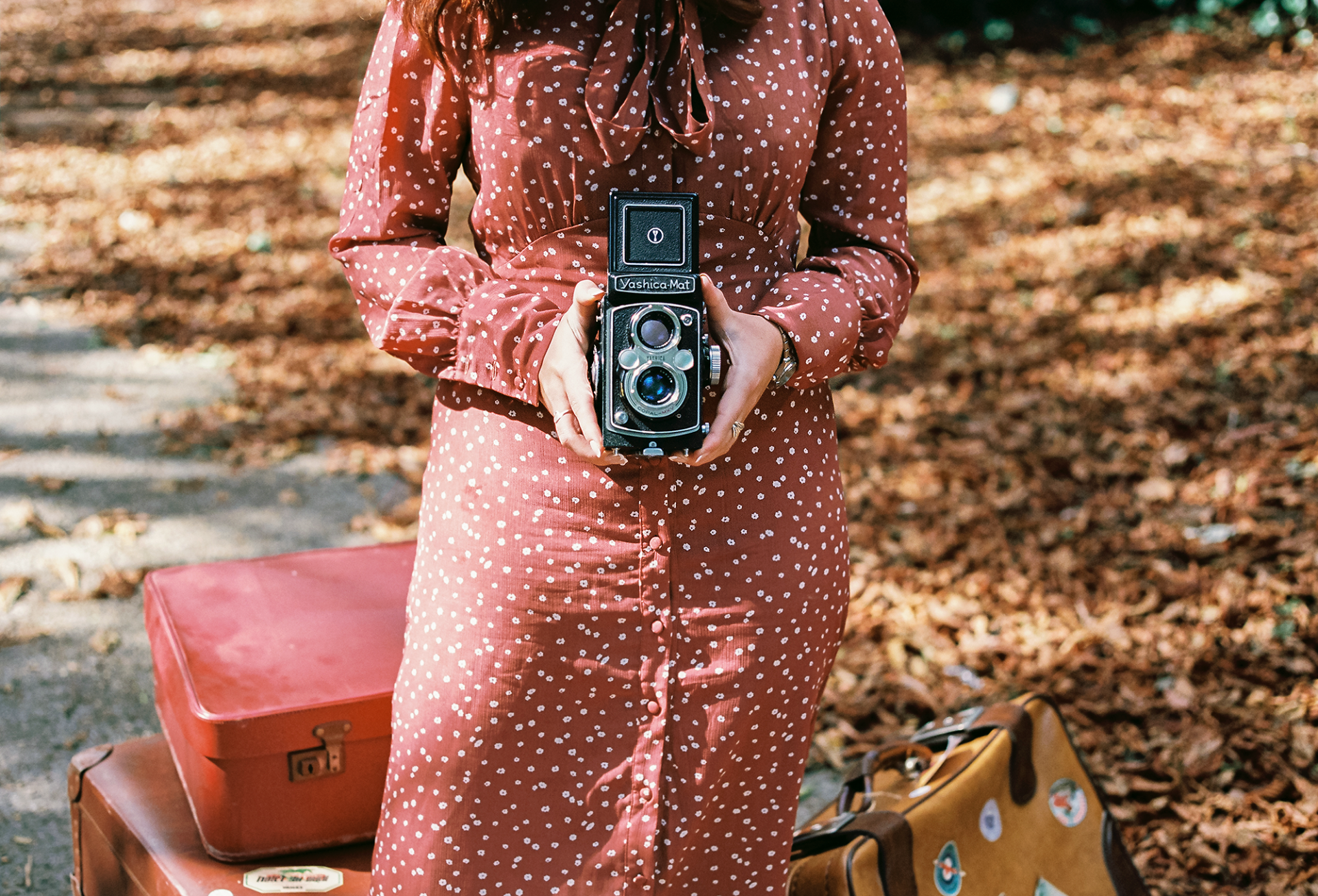 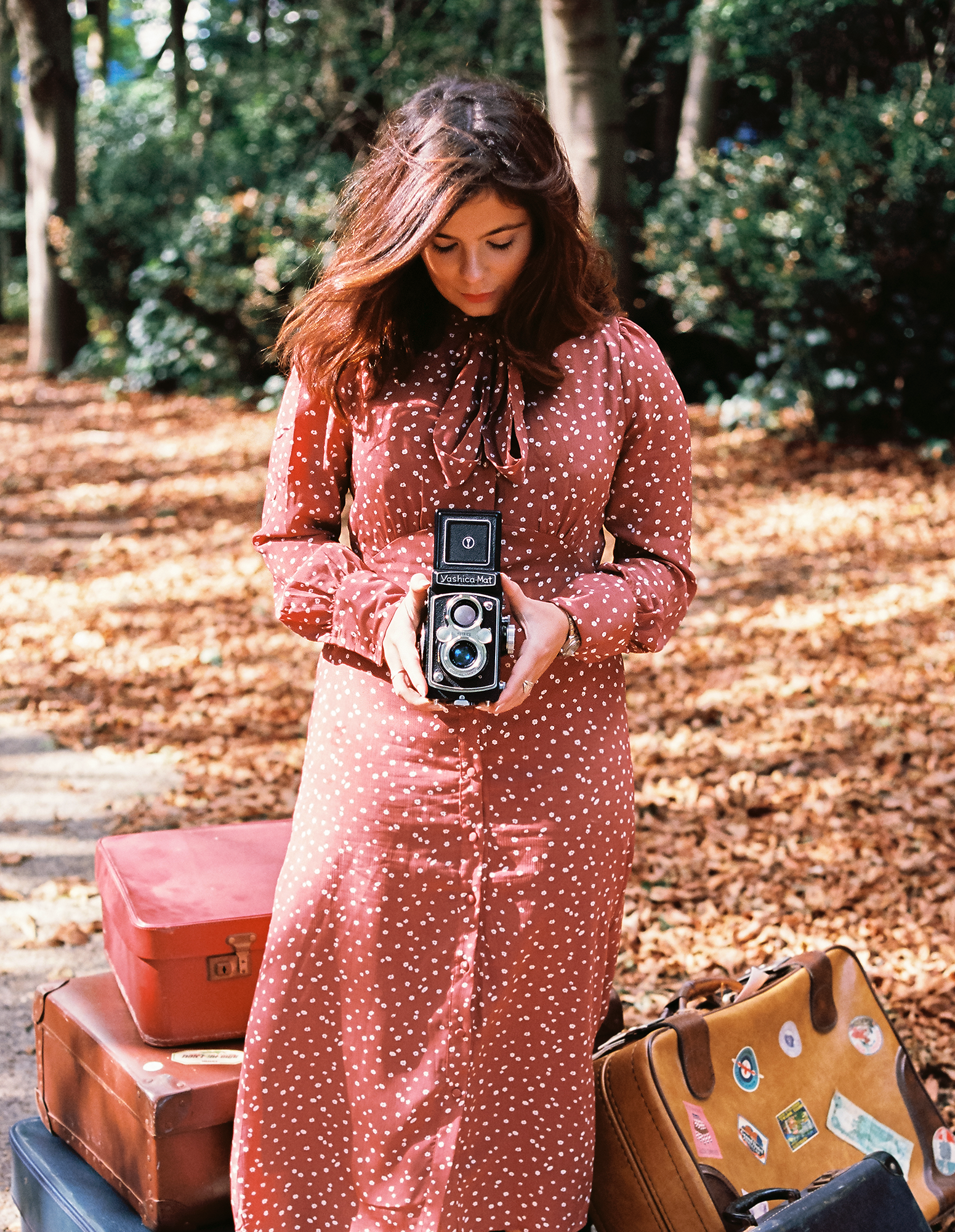 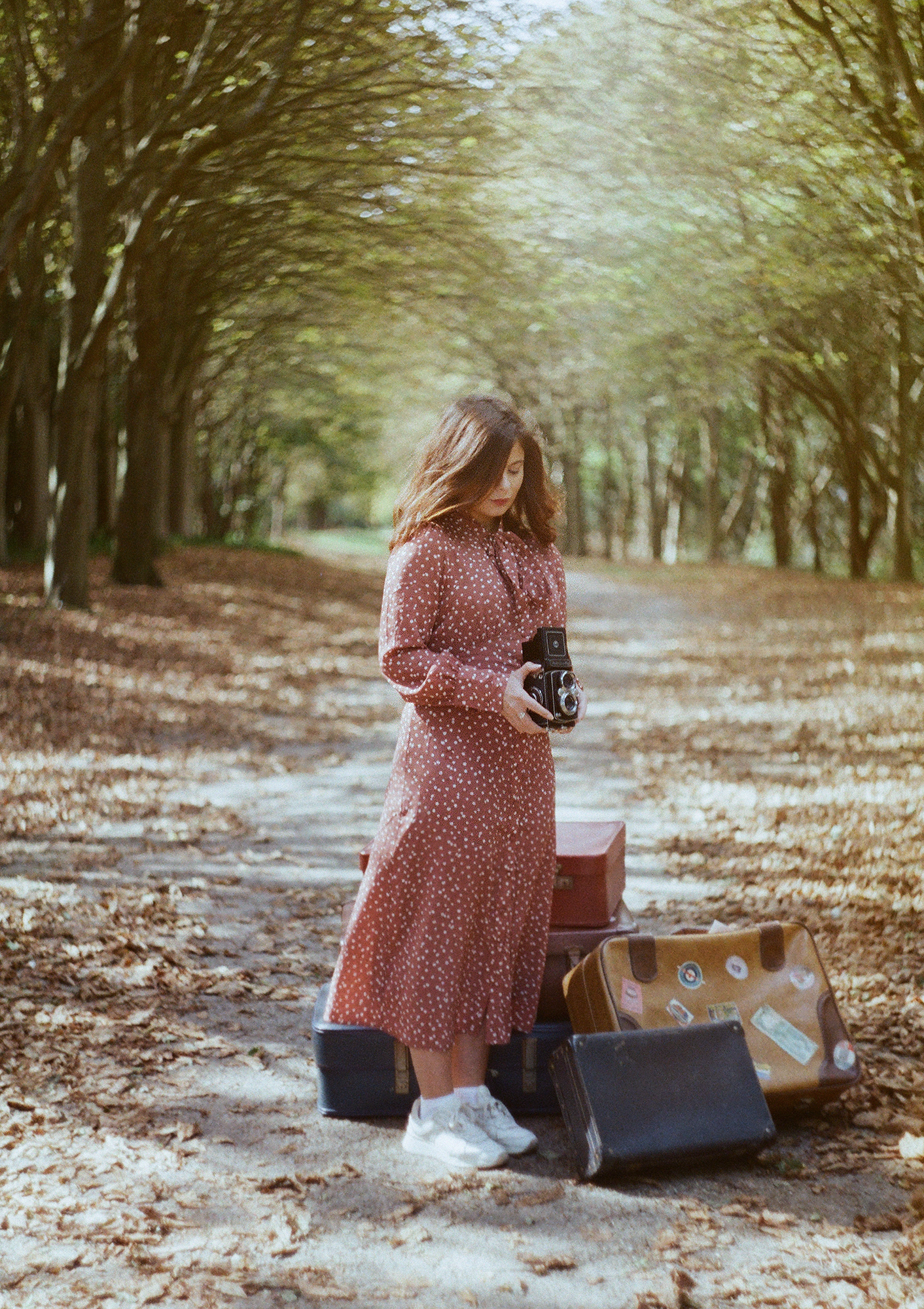 I come to the end of this post with still no sign of this exact talent. I haven’t figured out that parking is my talent neither have I realised I can begin singing Dreamer in bars for money. BOB HOPE, NO HOPE. For some writers they get to the end of their piece with some eureka moment of what their talent is and could be. In this quest, I know this is not a life and death question that will serve to be a testimonial of greatness. It’s no JK Rowling piece or even cultural movement. To me, however, it shows why so many are left feeling ‘not good enough’ because they’ve not found their thing their flair or their talent which results in low self-esteem. My therapist concluded with something I will leave you with and perhaps my critics will see as self-indulgent but I conclude on this as it could benefit you and your loved ones to have meaningful conversations with your friends, family or colleagues.

‘Ev, I don’t think you realise how brilliant you are. The brilliance I see, your partner and your family/friends clearly see. You crack me up every week with innuendoes and your wit and yet you’re sat here wondering what talent you have or even if you have one in the first place. I want us to get to a place in our working relationship that you reach this fulfilment of self-love and ability to see your strength, power and talent without seeing it as being a ‘big head’ or arrogant. You shouldn’t carry this luggage that, being proud or confident in your voice and strength is you being a big head.’